Dying Light 2: Should You Help Anderson or Not?

She helped you, so should you help her? 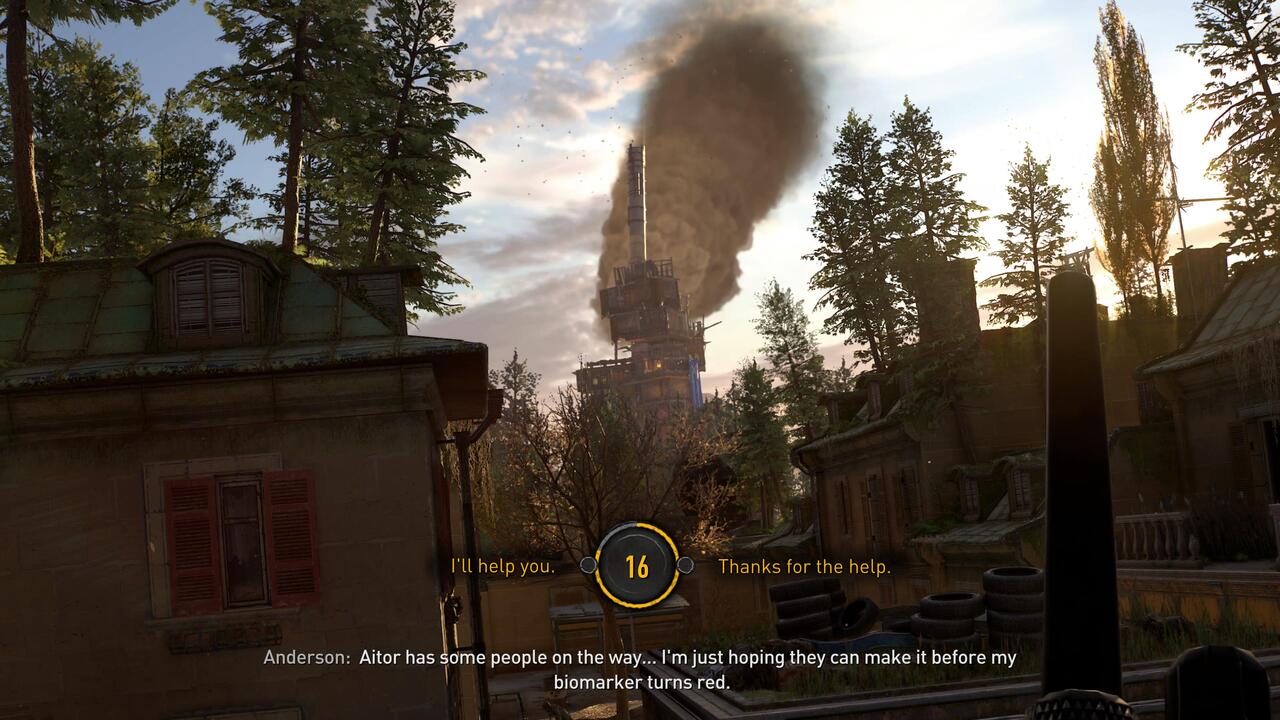 If you go the Peacekeeper route at the beginning of Dying Light 2, you’ll have to choose whether to help Anderson or not after you leave the subway in search of Hakon. Hakon took the GRE key from you and left you alone in the subway tunnels with hordes of infected, and Anderson is the only reason you made it out alive. She supplied you with Immunity Boosters and an escape route, and now she needs your help in return. So, should you help Anderson or not in Dying Light 2.

Should You Help Anderson in Dying Light 2?

Anderson’s infection is progressing fast and Aiden is the only one who can get her into the light and get her biomarker back into the green. Aitor has people on the way to go assist her, but you’re given the option to either say “I’ll help you” or simply “thanks for the help” when given the opportunity to save her yourself.

No matter what you choose, Anderson will turn anyway. Even if you choose to help her, she will always end up infected no matter how fast you run to her. If you choose to ignore her, then she will also turn. It’s a lose-lose situation here. If you say “thanks for the help,” the quest continues as normal and you’ll get to hunt down Hakon and the GRE key. If you do decide to help her, though, you’ll be sent to the elevator and be tasked with restoring power so Anderson can reach the surface in time. You’ll have to take out a lot of infected in order to turn the generators back on, but no matter how fast you are, Anderson will always end up infected when the elevator reaches the surface.

Most of Dying Light 2’s choices have serious consequences for the city and its people, but this is not one of them. It feels like a cop-out to have a major decision end up with the same outcome no matter which option you choose, but this seems to be one of the only instances of that happening in all of Dying Light 2.

Attack of the Fanboy / GAME GUIDES / Dying Light 2: Should You Help Anderson or Not?