Assume the throne and ascend to Elden Lord status. 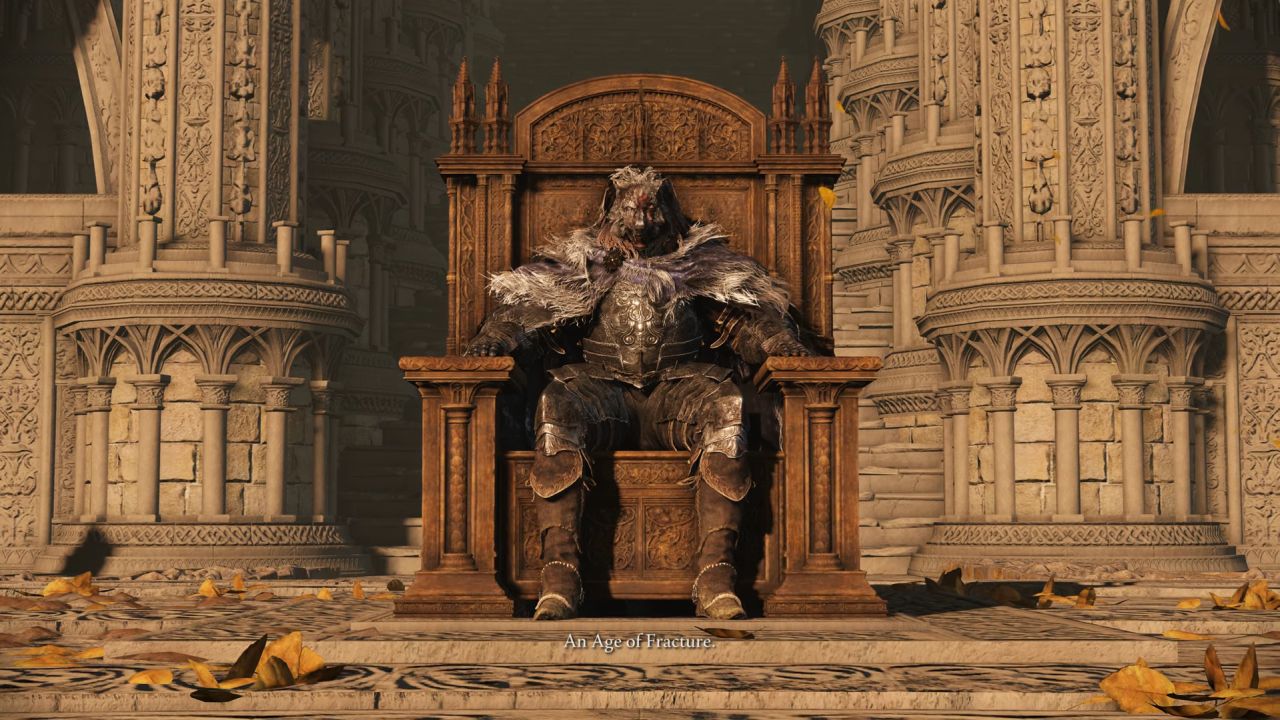 Like many FromSoftware titles, Elden Ring has multiple endings. There are three main endings that will grant you an achievement or trophy based on the platform you’re on. There’s the canon ending, an alteration between a good and bad ending, then there’s the straight-up bad ending. For those looking to get the standard, canon ending, here is what you’ll need to do. Here’s how to get the Age of Fracture ending in Elden Ring.

How to Get the Age of Fracture Ending in Elden Ring.

The Age of Fracture ending is the standard ending for the game, but that may have probably been influenced to go in a different direction depending on which NPCs you helped out, or killed for that matter. You aren’t necessarily locked out of any ending per se, but just know what ending you’ll get when clearing the Elden Throne.

After defeating Radagon of the Golden Order and the Elden Beast in one fell swoop, you’ll then receive the remembrances and be left at a Fractured Marika. Depending on what you did during the story, there are three possible outcomes. If you helped Ranni the Witch and saw her quest through the end, you’ll notice a summon on the floor where you can invoke her. Do not interact with that. If you went through the complicated in the underground depths of Leyndell, defeated Mohg the Omen, and became imbued with the Frenzied Flame from the three fingers, do not interact with the Marika statue yet. Interacting with the Marika statue will only allow you to become Lord of the Frenzied Flame. This is reversible if you follow Millicent’s quest to the end which involves defeating Malenia at the Haligtree.

To get the standard ending, or the Age of Fracture, you have to have the option to “Mend the Elden Ring”. This ending involves you, the Tarnished, to mend the Elden Ring and become the new Elden Lord.