Rise, Tarnished, with a few tricks up your sleeve. 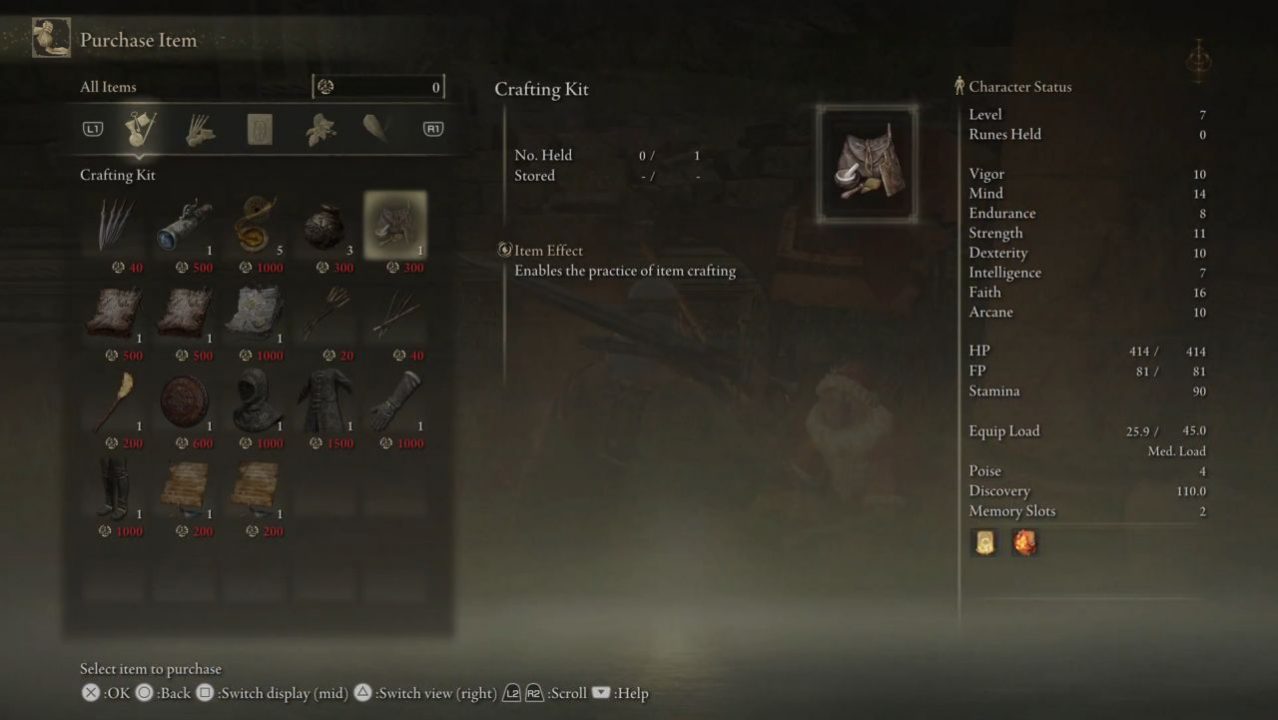 With Elden Ring being touted as one of the highest-rated games of all time with the likes of Red Dead Redemption 2, Legend of Zelda: Breath of the Wild, and so forth, there is so much to get into in terms of its content. As this game is definitely seeing an influx of players who have never touched a Soulsborne game before, they’ll want to bolster their inventories to help them with the many challenges that await in the Lands Between. Here is how you can get the Crafting Kit to help you out there in Elden Ring.

Where to get the Crafting Kit in Elden Ring

The Crafting Kit can be found as early as the first area of the game, Limgrave. Specifically, it’ll be at the Church of Elleh. You have to purchase this important item from a merchant named Kale. This costs 300 Runes, so make sure to stock up as this will be ever so useful.

Once you have the crafting kit, that doesn’t mean you have an entire catalog of things to craft. You’ll now need to acquire Cookbooks which are Elden Ring’s labels of different crafting recipes. These can be found by looting certain corpses and buying them from other merchants in The Lands Between.

As you increase the number of items you can craft, you can start crafting items like Fire Pots to attack enemies from afar as well as arrows with different secondary properties. These will help you in a pinch.

Another quick tip when it comes to crafting, you should always seek any drops as they can possibly be crafting materials. This also applies to when you’re looking for Golden Seeds or Sacred Tears. You’ll be rewarded for being a scavenger and explorer in this case since it won’t be a walk in the park.