Elden Ring Dectus Medallion Locations: How to Use Grand Lift of Dectus

This medallion is split into two halves, but where are they? 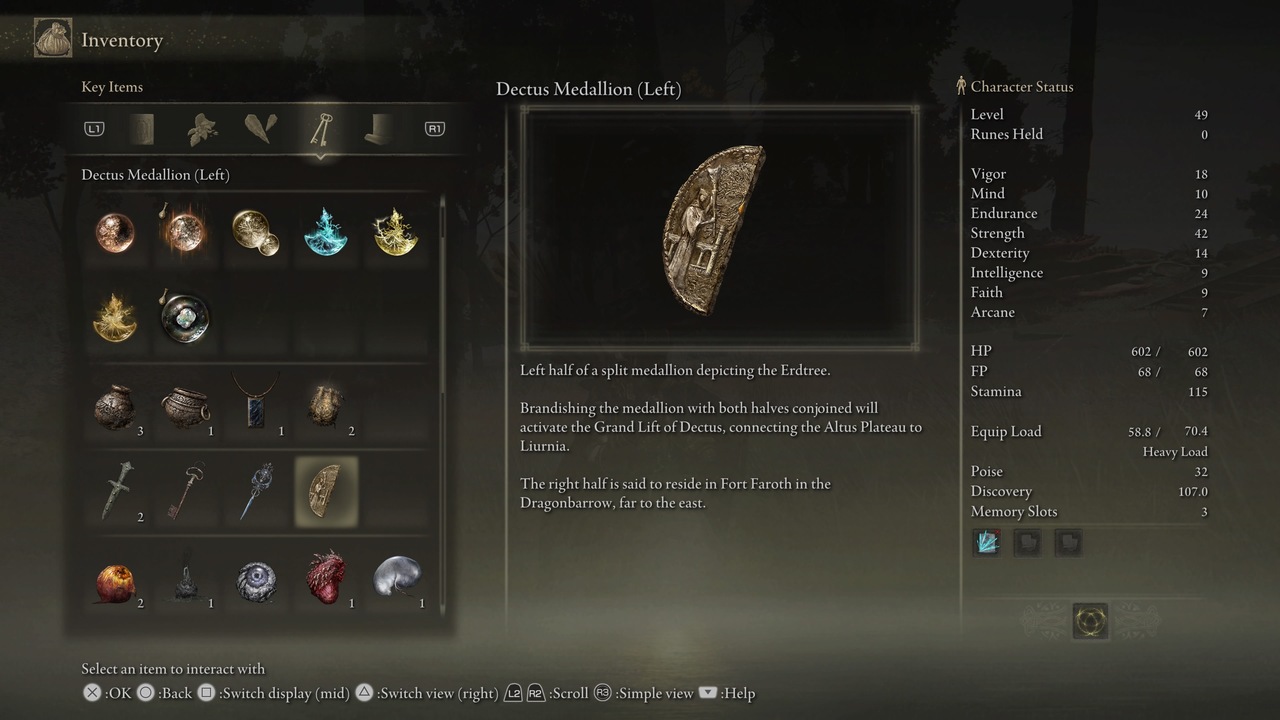 What is the Dectus Medallion in Elden Ring?

The Dectus Medallion is a strange object that depicts the Erdtree. It is split into two halves, with each side being hidden in a different fort. If made whole again, the Dectus Medallion can be used to activate the Grand Lift of Dectus, granting players easy and direct access to the Atlus Plateau region. Without the completed medallion, you’ll have to take a much more dangerous route to the Atlus Plateau, so collecting both parts is the preferable choice. Where to Find the Left Half of the Dectus Medallion

The left half of the Dectus Medallion is located in Fort Haight, which can be found in the southeastern portion of Limgrave near the coast. You can see its exact location marked on the map above. The medallion is hidden in a chest at the top of the fort’s tower, and you’ll have to battle a tough armored knight enemy in order to access it. Once the armored foe has been dealt with, you can grab the left side of the Dectus Medallion and continue on your quest.

Where to Find the Right Half of the Dectus Medallion

The right half of the Dectus Medallion is located in Fort Faroth, which is in the much more dangerous Caelid region. The fort can be found in the northeast part of the region. You can see its exact location on the map above. It’s surrounded by dragons, including a giant white sleeping dragon that will alert the other dragons if you wake it up. The dragons pose a challenge to even high-level players with good gear, so it’s best to avoid them altogether by riding past them on your horse.

Once you arrive at Fort Faroth, you’ll find bats, soldiers, and harpies waiting for you. Fighting your way through the fort can be tough, but you can manage with decent gear and patience. You can also just sprint to the ladder and climb to the top before they can attack you if you’re desperate. At the top of the ladder is a chest containing the right side of the Dectus Medallion.

How to Use the Grand Lift of Dectus

Taking the lift bypasses an area called the Ravine-Veiled Village, so you may want to return to this region later down the line to experience the content that you missed. There’s even an optional boss fight that’s highly enjoyable, so you can always come back if you need some extra XP and Runes.

Attack of the Fanboy / GAME GUIDES / Elden Ring Dectus Medallion Locations: How to Use Grand Lift of Dectus