Elden Ring: How to Get the Deathbed Smalls 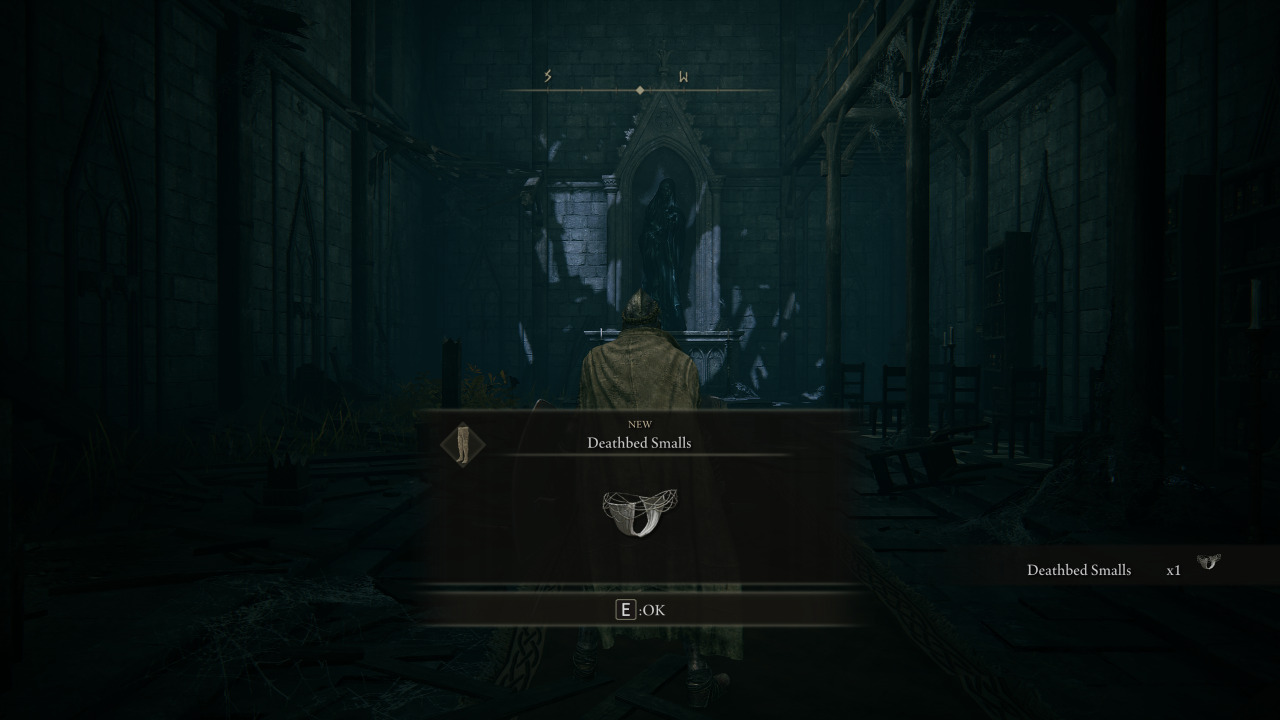 If you’ve been playing Elden Ring then you’ve no doubt encountered Fia, everyone’s favorite deathbed companion, in the Roundtable Hold. Fia has stolen the hearts (and the HP) of Elden Ring players across the globe, and like many of the characters in the game, her outfit is obtainable by completing a certain questline. While most people would be fine with just the hood and robes, some players are seeking something… more. Look, I won’t tell anyone if you won’t tell anyone. Here’s how to get the Deathbed Smalls in Elden Ring.

How to Get Deathbed Smalls in Elden Ring

THEY WAS DIFFERENT WHEN MAKING ELDEN RING BRO pic.twitter.com/pUSbBHPYie

While the Deathbed Smalls can’t be obtained via normal means, they still have a full set of stats for those that acquire them via cheats or mods. Here are the defense and resistance values for the Deathbed Smalls (because you’re totally using it for the stats):

As most of you were expecting, the Deathbed Smalls don’t have the greatest defensive stats. They’ve got a pretty low pierce resistance, though, which I’m sure some of you will enjoy.

Where to Find the Rest of Fia’s Outfit

If you’re looking for the rest of Fia’s outfit, then you’ll need to complete the entirety of her questline. Her quest involves finding the Cursemark of Death and defeating Lichdragon Fortissax among other things, and you’ll obtain Fia’s Robe and Fia’s Hood as a reward.

As for the Deathbed Dress, the companion piece to the Deathbed Smalls, you can find it in Leyndell, the Royal Capital. It’s on a bed next to the Lower Capital Church Site of Grace. You can also obtain Lionel’s armor set in the same location.

Attack of the Fanboy / GAME GUIDES / Elden Ring: How to Get the Deathbed Smalls