Margit the Fell Omen is one of the most difficult potentially early game boss fights that seems to block the path of the Tarnished. You can, however, skip his entire boss fight if you truly find yourself frustrated. Elden Ring has a ton of bosses that players can come across accidentally in the open world, some of whom may even be powerful late-game bosses. That said your first major encounter as far as storyline bosses go will undoubtedly be Margit, the Fell Omen. He’s located just before Stormveil Castle and is the game’s first true skill check. Margit is a tough boss and while there are some solid strategies on how to defeat him, it may become too frustrating for the player to handle.

If you absolutely cannot defeat Margit, the Fell Omen then there is a way to simply skip him and the entire fight all together. While this is certainly not the traditional Dark Souls way of handling situations like this, Elden Ring truly tries to give players all sorts of options on how to tackle the game. Play the game your way and if skipping the fight is what you want to do then follow these steps. To skip the bridge boss fight with Margit, head from the Stormhill Shack Site of Grace. This is the shack where you can find the maiden Roderika, the NPC who gives you the jellyfish ashes. 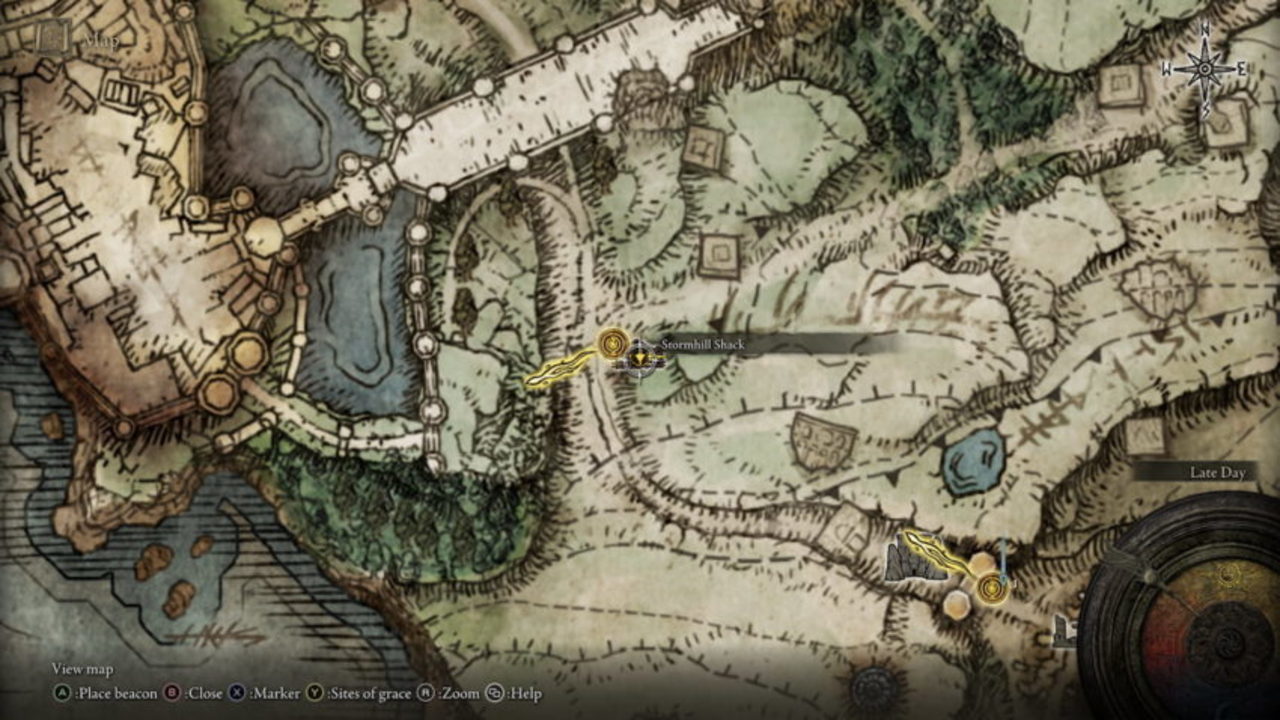 From here make your way north under the broken bridge overhead. Keep following this path to the northeast and you’ll come across an NPC on another broken bridge. This creepy skeletal character will ask to see your fingers and upon giving you a palm reading ask suggest you abandon the broken bridge and go back to the castle to cross. However, if you follow this bridge as far as you can and then drop down to the left broken portion of the bridge, the rubble will give you enough room to make the jump onto the cliffside.

From here, follow the natural path along the cliffside to the north, you will encounter some low-level enemies such as wolves but nothing too dangerous. Follow the path long enough and you will eventually come to the Lake-Facing Cliffs Site of Grace. Once there you can breathe a sigh of relief as you have officially bypassed Stormveil Castle for now and skipped the Margit fight entirely.

You have now found yourself in Liurnia of the Lakes. With the dark and dangerous castle behind you, you can now set off and explore the magical water-based area and discover its many, many secrets. With all that said, it is highly recommended to come back later to defeat Margit, the Fell Omen, and explore the castle. Not just for the Runes, but for the glory!