Elden Ring Open for Business Message: Where to Find the Merchant in Mistwood

A merchant off the beaten path in the woods. 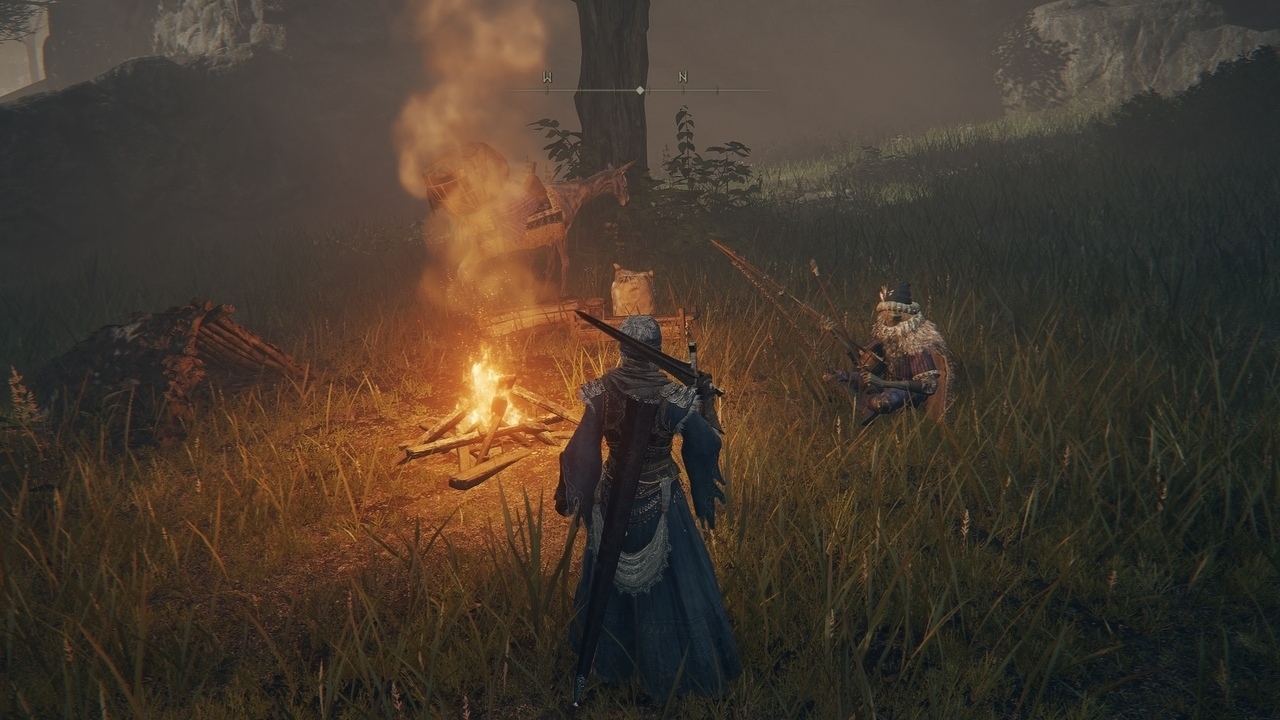 The Nomadic Merchant is a common feature of sorts in the game of Elden Ring, and such is no exception for the Mistwood of Eastern Limgrave. Players trekking through the paths of the particular region may have stumbled upon a peculiar message that indicated a shop nearby, “open for business”. The astute Tarnished would have noticed the written words to be not tied to any player activity. Which makes it only fair to deduce the act to be the workings of NPCs, and in this particular instance, the words of a wandering Merchant. This guide will elaborate as to his exact location, and the merchandise that he has on offer.

Where to Find the Mistwood Merchant in Elden Ring

In Elden Ring, the Nomadic Merchant of Mistwood can be found in the lower region of Eastern Limgrave, on the outskirts of the Mistwood itself. The message itself doesn’t come with any guidance in terms of directions, but the players should find the merchant nearby, away from the road to the North East, or the North West depending on where the player’s facing. If a player’s found a burning campfire alongside a weight-carrying mule, then they are at the right place. Alternatively, players can choose to head south from the Minor Erdtree of Eastern Limgrave, if that’s a locale they’ve already visited. You can see the merchant’s exact location on the map below. Upon commencing a conversation with the merchant in question, he will reveal himself as the individual responsible for writing the message alongside the walking path, imploring you to consider perusing his wares, as he’s gone starving many days without food or rations. The items available include mostly arrows and crafting materials but have a few things of note. Namely, Nomadic Warriors’ Cookbook [5] and Armorer’s Cookbook [3], which will unlock the ability for players to craft Beastlure Pots and Exalted Flesh respectively. The latter is a useful consumable item for melee characters, as it provides a temporary boost to physical attack upon being consumed.

On the equipment side, the vendor has the Hand Axe, Riveted Wooden Shield, and Blue-Gold Kite Shield to offer. Consider acquiring the Kite Shield if you need a physical shield that is capable of parrying the blows of enemies if need be.

There are a few opportunities that could have otherwise led to a player’s encounter with the merchant or the written message. Though the most likely occasion would perhaps be the questline of Kenneth Haight, which would have taken the player from the northern parts of Eastern Limgrave all the way down to the very south, where his fort is located. Players could have stumbled upon the merchant simply via coincidence during their journeys. Which despite accomplishing his goal of meeting a customer, would render his roadside message to be somewhat of a wasted effort. There’s no consequence to be had from not buying his wares, but should they suit the player’s fancy, then offering a few coins would certainly not go amiss.

Attack of the Fanboy / GAME GUIDES / Elden Ring Open for Business Message: Where to Find the Merchant in Mistwood