Elden Ring Secret Area- How to Get to Miquella’s Haligtree

The Blade of Miquella awaits. Throughout Elden Ring, you may have heard of Miquella and Malenia being talked about by the NPCs and even in the main story. You can go as far as reaching some of the later-game bosses and still not actually see who they are or if they physically exist in-game, but that isn’t the case. There’s an area once you reach the Mountaintops of the Giants where you can delve a little further into these characters. It’s a rather secret area that can be missed unless you travel off the beaten path. Here is how you can get to Miquella’s Haligtree in Elden Ring.

How to get to Miquella’s Haligtree in Elden Ring

First off, it’s highly recommended that you’re at least above level 80 at this point in the game. The area ahead will have enemies that do not mess around. Once you get to the Grant Lift of Rold, there will be a secret mechanism that will bring you to an alternate exit to the Mountaintops of Giants. You’ll need the Haligtree Secret Medallion pieces (Left and Right).

Once you have these, you’ll be able to access the exit Hidden Path to the Haligtree. From here, fight through these catacombs and head directly north, past the river, and to this place called Orgina, Liturgical Town. You’ll notice that there aren’t any enemies in the area, but there sure are a lot of spirits about. Here, you should find the Site of Grace and proceed to find the Evergaol. You’ll need a Stonesword Key to activate it. Unlike other Evergaols, there isn’t a boss in this one.

Instead, you’ll be teleported into an instance of the same area where you have to find the four altars that need to be lit with fire. Once you do this, you will disable the barrier blocking the pathway up the stairs. Here are the locations of all the altars on a zoomed-in map of the area. 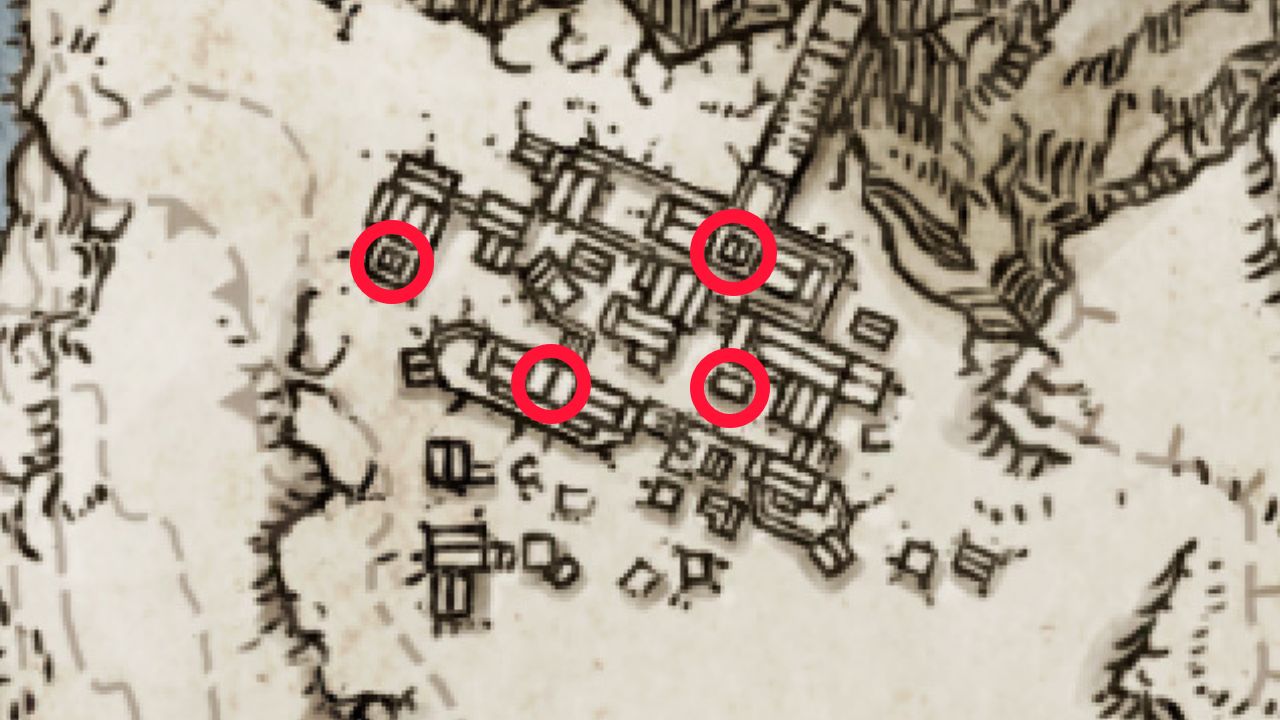 Be very careful when entering the Evergaol. There are a few invisible enemies who can deal massive amounts of damage and are hard to deal with. It’s best to mostly avoid them and parkour to these locations ASAP. Top that off with archers who shoot multiple arrows per shot. These can mostly be dealt with by using your environment to take cover from the arrows.

If you die while lighting up the four altars, don’t worry. You can easily pick up your dropped runes before entering the Evergaol. Also, the altars that have already been lit do not have to be interacted with again.