Elden Ring: Where to Get the Magma Blade

Check out how to get the Magma Blade in Elden Ring 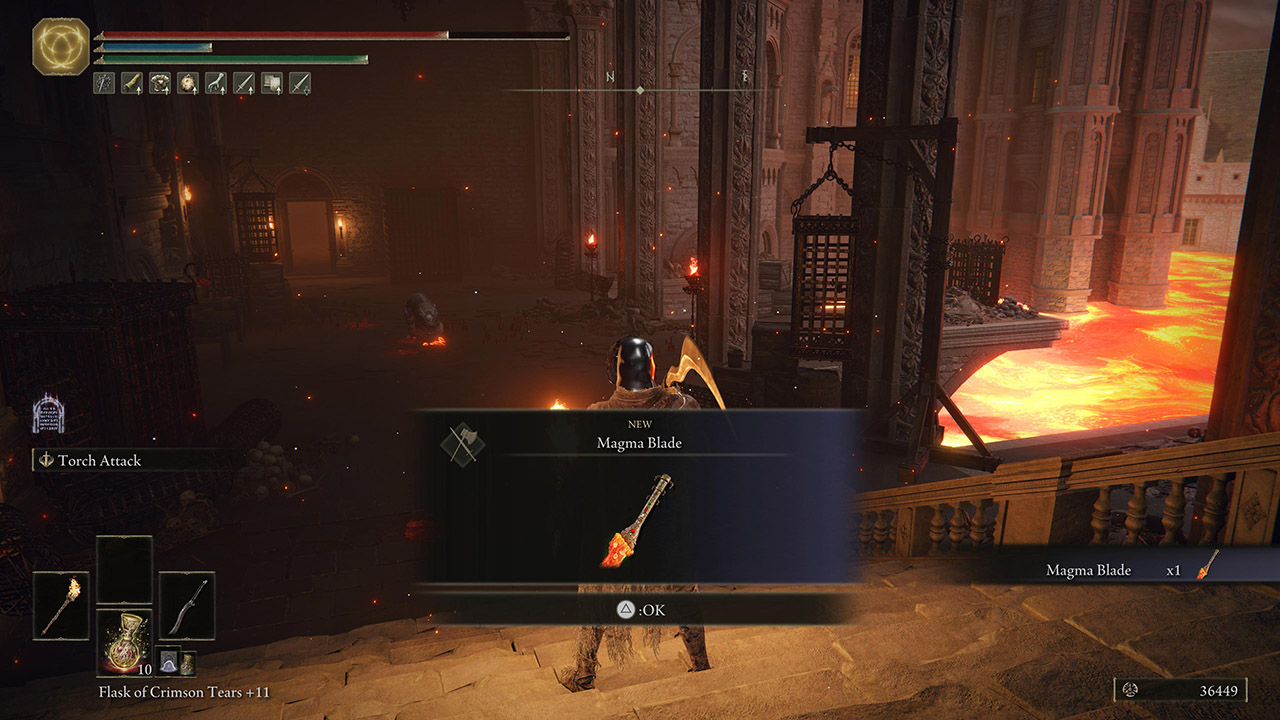 Among the many weapons players can wield in Elden Ring, the Magma Blade can be considered one of the best, thanks to its Magma Shower weapon skill, which allows you to not only deal heavy Fire damage but also create a field of magma capable of dealing continuos damage in a small AoE. With that said, and to help all players currently gunning for the weapon, here’s how to get the Magma Blade in Elden Ring.

Where to Get the Magma Blade in Elden Ring

You will be able to get a Magma Blade in Elden Ring by defeating the Magma Blade-wielding Man-Serpents present in the Volcano Manor dungeon, which can be accessed via an illusory wall located on the main floor of the Manor. It’s important to point out that you will have to have beaten the Godskin Noble boss on the Temple of Eiglay to reach the area where the man-serpents wielding the weapon will spawn.

To reach the place where the enemies will spawn, you need to head to the second floor of the Temple of Eiglay and then drop to an area below, marked with a Summoning Pool. Once there, make your way north through a path featuring three fire slugs. Once you pass through them, head to the end of the path and jump to the area below. From then on, you just need to head to the area featuring the Abductor Virgins’ enemy. To reach the area where you will find the first magma blade-wielding enemy, you just need to enter the window pass the Abductor Virgins and exit through the door.

It’s good to point out that you can unlock a shortcut that will take you from the Temple of Eiglay Site of Grace straight to the area featuring the enemies by unlocking a lift located in the back of the room above the stars where you will face the first Magma Blade-wielding man-serpent. 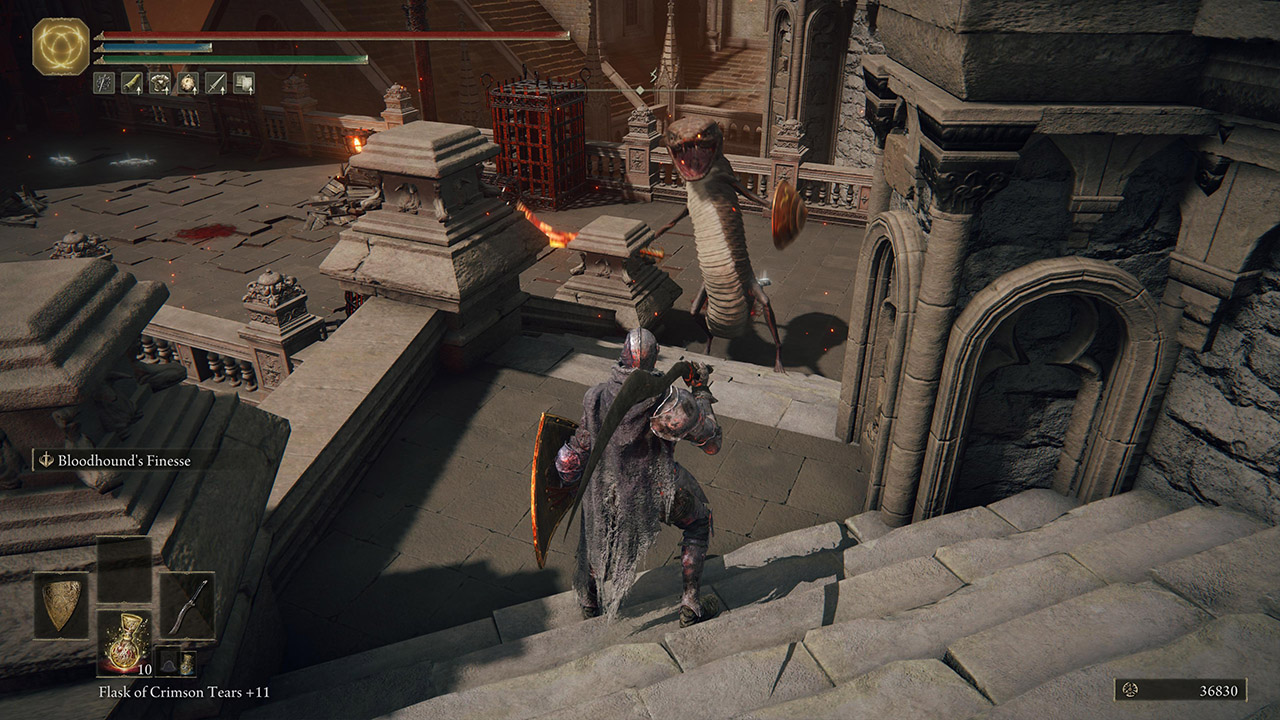 How to Increase your Chances of Getting the Magma Blade

For those currently having trouble getting the blade, you will be able to increase your chances of getting the weapon by activating Godrick’s Great Rune, as well as equipping both the Marika’s Soreseal Talisman and the Silver Tear Mask headpiece, as they will give you a great boost in Arcane, thus increasing your chances of finding items.

It’s also important to point out that, in the end, taking into account the low spawn rate of the weapon, plus the fact that only two man-serpents will wield the blade in the whole area, it may take you a few hours, and many, many tries, to get your hands on one copy of it, so be ready, especially if you want to use two copies of it in combat.

Attack of the Fanboy / GAME GUIDES / Elden Ring: Where to Get the Magma Blade