This treehugger is no slouch. 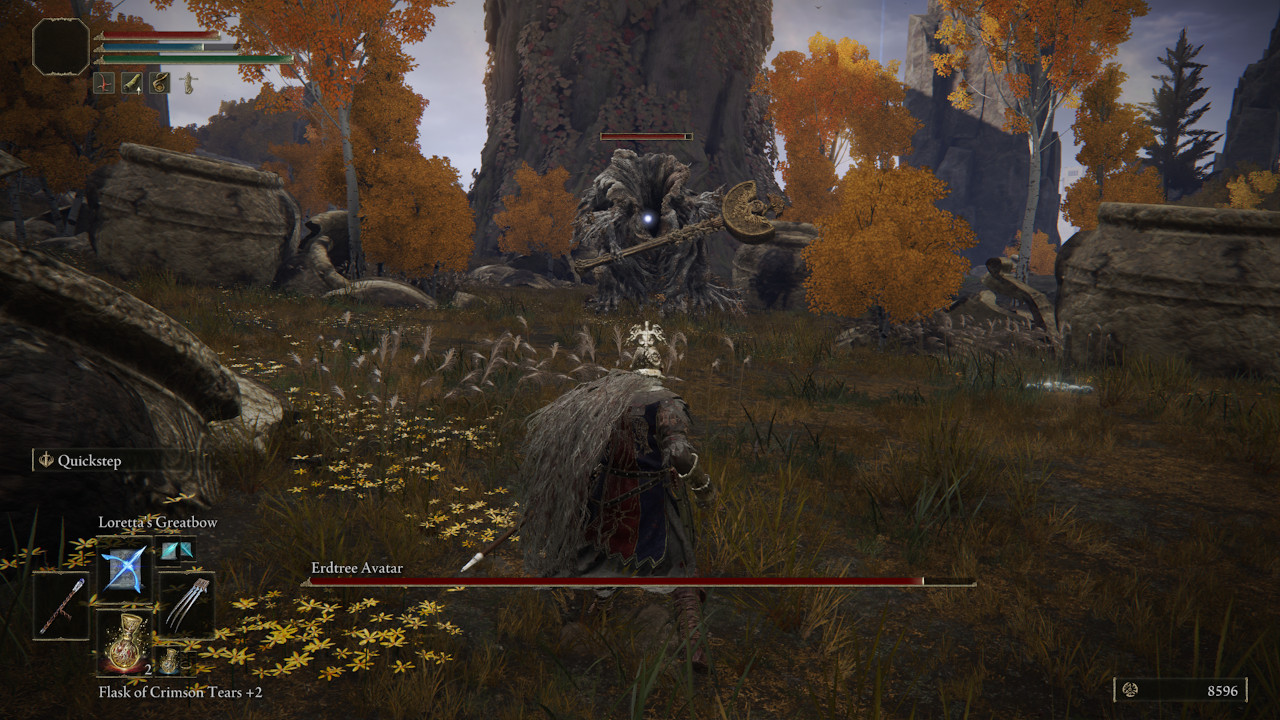 During your travels across the Lands Between in Elden Ring, you’ll often find Erdtrees serving as massive landmarks, their luminous branches, and leaves piercing the skies.  However, these are not always safe locations, as you’ll find they’re often guarded by monstrous bosses, who themselves can sometimes have an entourage of other enemies.  This enemy, the Erdtree Avatar, is a tough, recurring boss that grows immediately hostile when you approach them.  Read on for our guide on How to Beat the Erdtree Avatar in Elden Ring!

The Erdtree Avatar is a bulky, slow boss, and you can easily get behind it and attack at close range, or destroy it from a distance with your mobility advantage on the large battlefield.  The Avatar can sometimes be guarded by groups of enemies, and you should do your best to eliminate those first, to remove threat saturation.  Even heavy melee attacks will take time to fell this behemoth, so carry out heavy attacks or magic barrages and keep your distance if the Avatar faces and approaches you.  Even at lower levels, this is often a battle you can win through attrition.

The Avatar’s Attacks, and How to Avoid Them 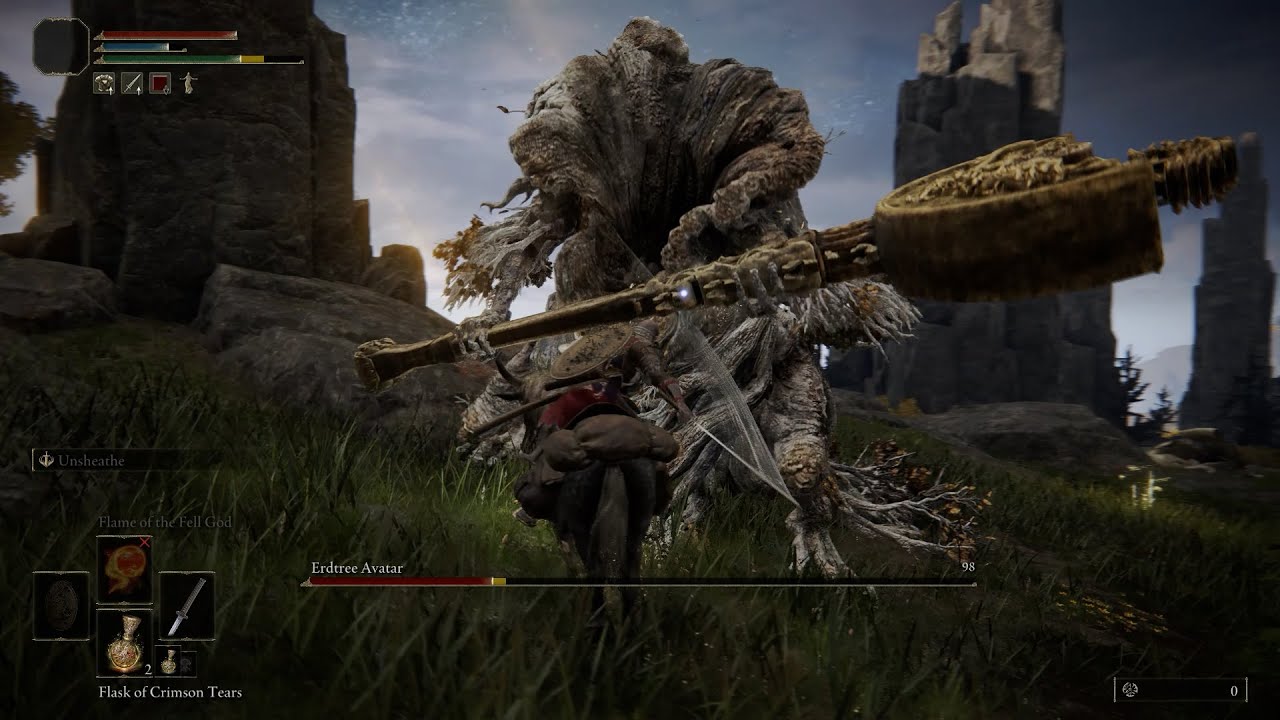 The Erdtree Avatar attacks primarily with its weapon, Staff of the Avatar, in close combat with horizontal and vertical strikes that wind up slowly, and are easy to dodge.  If you spend too much time up close to this enemy, it will cause a shockwave around it that damages incoming attackers.  While it is easy to dodge this enemy, it makes up for this by having devastatingly strong attacks, so you should still be careful.

Finally, it can use the Staff to create a blast around it that releases a lot of energy projectiles, the only ranged attack it has, but as soon as it shoots at you, just roll away.  This boss has plenty of health and good defenses but lacks the mobility and agility to keep up with you.

This concludes our guide on How to Beat the Erdtree Avatar in Elden Ring!  The Erdtree Avatar, despite being a boss fight, is a recurring enemy like the Tibia Mariner.  Be sure to check out more guides like this, including other bosses, and equip yourself to survive the Lands Between!