A deadly encounter with a nimble battlemage. 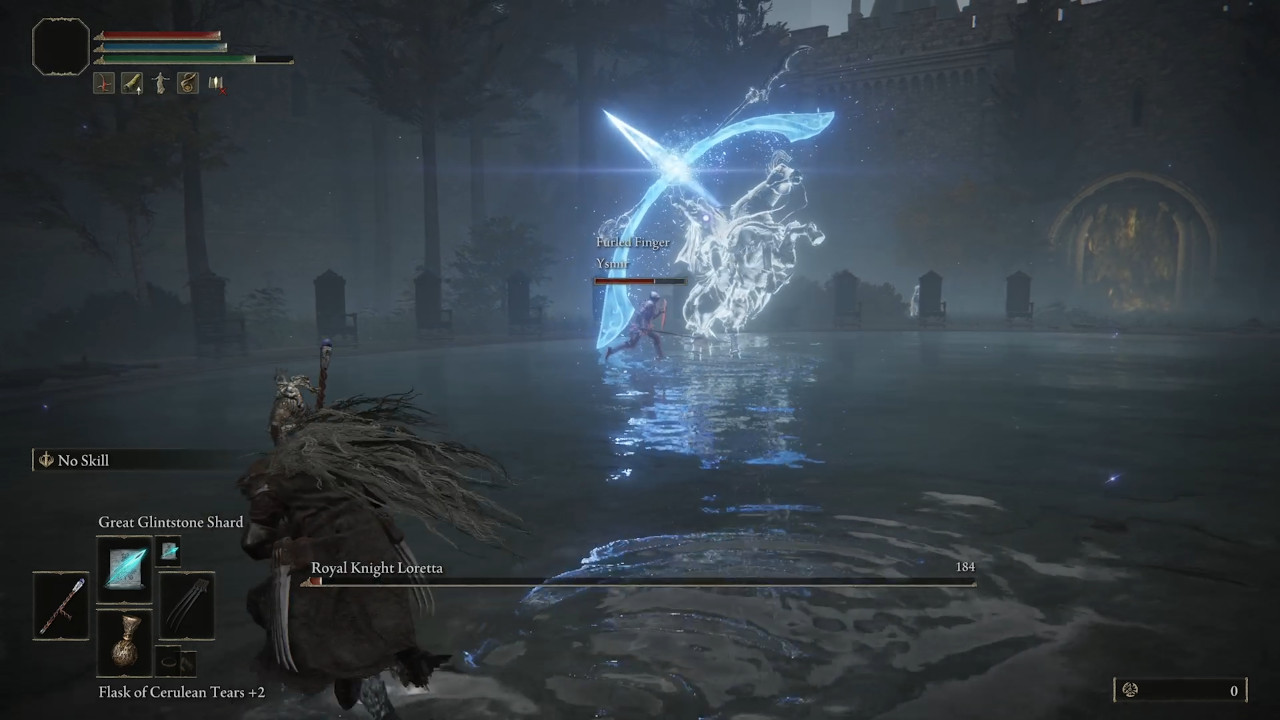 If you’ve been venturing outside the reaches of Limgrave in Elden Ring recently, your adventures might have taken you to Caria Manor to the north.  This area is tough, filled with giant disembodied hands, wolves, and more while you venture further in.  You won’t be able to mount your steed while you’re here, either.  At the end of this small area is the Royal Moongazing Grounds overseen by the Royal Knight Loretta, and this can prove to be a tough battle for many players.  Read on for our guide on How to Beat Royal Knight Loretta in Elden Ring! Hit-and-run tactics are your friend in this fight with Loretta, and whether you favor a magic or melee build, she has effective measures to fight you close or from a distance, so stay locked on to be alert.  Magic attacks like Great Glintstone Shard at medium range, or swift melee attacks and retreats, will be among your safest approaches.  If you use magic, you’ll find she will close the gap with her massive mobility advantage thanks to her mount, and pummel you with sorcery of her own or deadly melee attacks with high range.  So attack her a few times, and then prepare to dodge her counterattacks, and you will outlast this boss.

Loretta has quite an array of attacks she uses against you.  Her sorcery includes multiple small projectiles which home in on you, larger projectiles, but any of these can be easily dodged with reasonable timing and warning.  When you bring her health to the halfway point, her sorceries will feature more projectiles piled on for greater damage, and she’ll use her signature Greatbow attack.  The Greatbow does have a bit of a blast radius when it hits the ground, so stay far away when she winds up the attack and dodge left or right.

Loretta’s melee attacks are predictable Soulsborne fare, with a huge weapon swung in wide arcs, giving plenty of warning before she strikes.  The attack you’ll want to keep an eye out for is when her weapon’s blade glows, as this signals a double strike, so double-tap your dodge-rolls when you see it, as she strikes quickly.  Don’t stay close to her for too long, or else her mount will go on its hind legs and attack you with punishing efficiency. 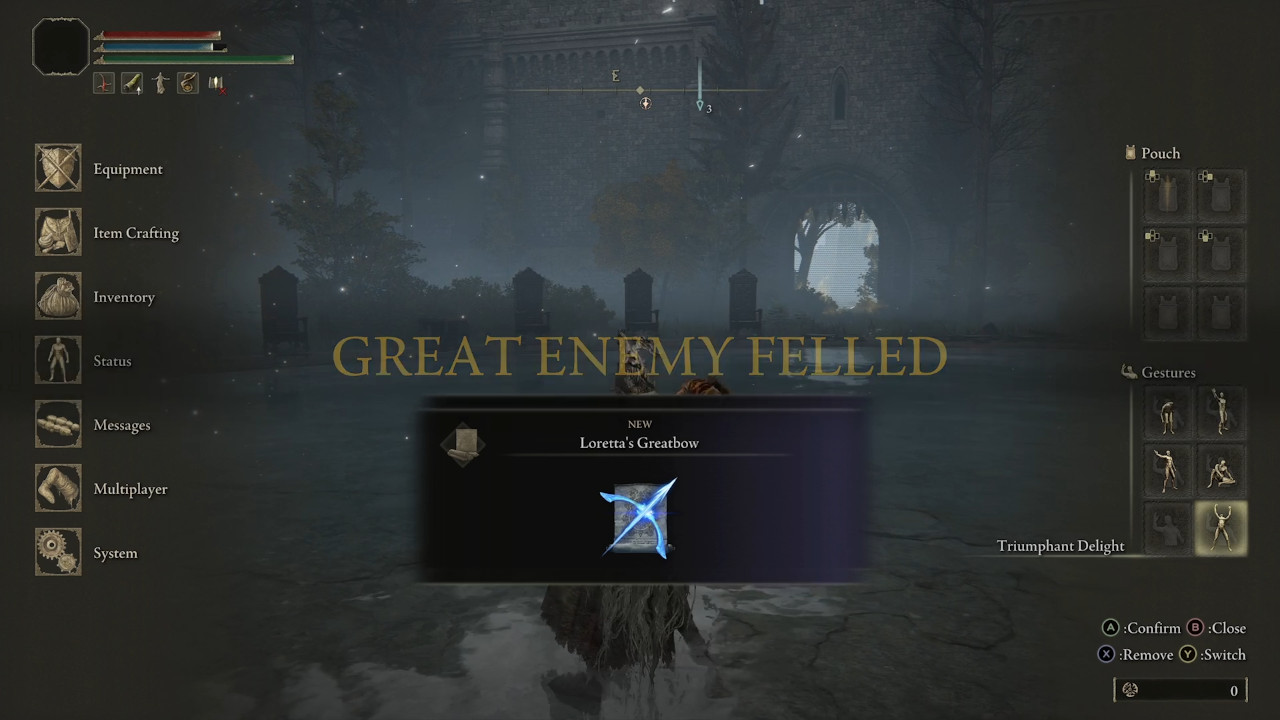 Be mindful of all of this as you enter the battle, and you’ll survive until the end.  Co-op naturally works as a reasonable approach and if you can share her aggro, she’ll be easy to overwhelm, but she is still quite manageable in solo.  Defeating her grants you the powerful Loretta’s Greatbow sorcery, which can be charged before attacking for additional damage, and can even have a knockback effect.  Check the site of grace that opens up and the exit to the northwest, for otherwise unavailable areas of Liurnia including the location shown in the Resurrection Painting from the Artist’s Shack.

This concludes our guide on How to Beat Royal Knight Loretta in Elden Ring!  Be sure to check out our other guides, and equip yourself to brave the mysterious Lands Between.