Everything We Know About Al Haitham in Genshin Impact | Release Date, Leaks, Element, and More

A Compilation of Information Involving the Haravatat Scholar of Sumeru. Information surrounding Al Haitham is few and far between as of this current point in time for Genshin Impact. But there’s nothing more apt than attempting to achieve understanding toward a character that proves to be elusive in the Dendro nation that prides itself on knowledge as a form of currency. Some speculations can be formed based on official material, while leaks serve to fill in the blanks surrounding the white-haired gentleman who bears a resemblance to a character from another game. Let’s discuss that and more down below.

What Is Known About Al Haitham Thus Far in Genshin Impact

The teaser trailer for Sumeru essentially confirms the character’s position as a Dendro 5-star within the upcoming roster for Sumeru. A Dendro Vision can be seen flowing alongside the back of his cape. The teaser also introduces him in a sequence featuring a gallery of other characters that players are scheduled to encounter, omitting confirmed 4-stars and only including characters who are either confirmed officially or leaked to be 5-star in rarity.

Leaks have also indicated that he is likely a sword user, but without any information that has revealed his kit thus far. It’s difficult to trust Genshin data mines regarding sword users as it is the weapon most commonly used to serve as placeholders during development until the character is assigned a preferred weapon, accompanied by their kit. However, there isn’t any evidence that suggests the contrary, so it might be okay to give data miners and leakers the benefit of the doubt in that regard.

In more than one instance, leakers have suggested that Al Haitham will likely not come any time soon during the Sumeru patches, and will instead arrive during the later half of the Sumeru patch cycles, other leaks regarding the banner order for future characters support such claims, alleging that many of the featured characters shown in the Sumeru trailer (Cyno, Nilou, Nahida) will come earlier than Al Haitham. Leading to the estimate of him coming no earlier than patch 3.4.

This timeline is based on datamines and extremely reliable sources. Sources for all leaks are listed in detail at: https://t.co/TZbLuYmHZD

There are many spoiler leaks discussing the story for the Sumeru arc that can be found on Twitter or the Genshin Impact Leaks subreddit. From them, it can be assumed that Al Haitham will play a role of considerate proportions throughout the Sumeru Archon quests. Leakers often compare him to Yae Miko in terms of him holding an approved position of power in association with the Dendro Archon that rules the land of Sumeru. Such leaks are supplemented by the theory that Al Haitham and Zhongli are supposedly acquaintances, inferred from the messages left on the noticeboards of Wangshuu Inn. 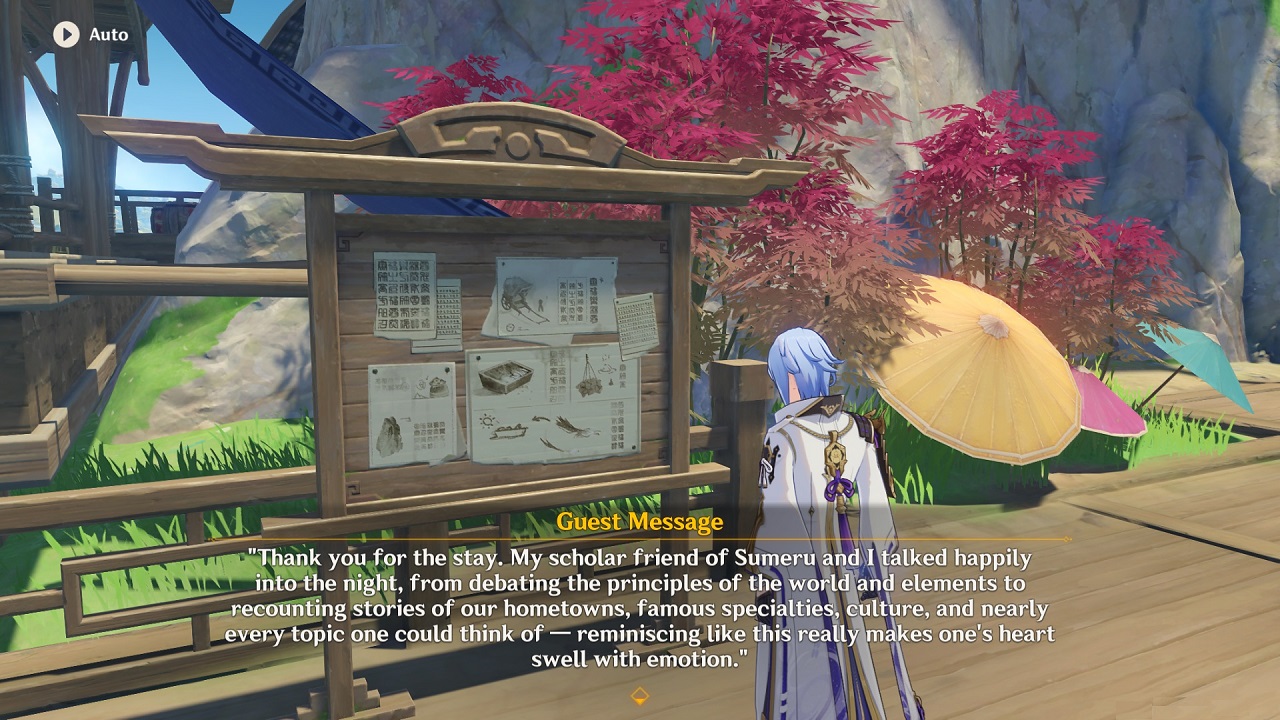 With the imminent arrival of Sumeru, the authenticity of the many leaks surrounding the scholar Al Haitham will come to light. Such fact-checking begins with whether or not he’ll quickly make appearances through the Archon Quest. That and the eventual addition of character dialogues, whether or not he is mentioned by playable characters. Like Zhongli, for example.

Attack of the Fanboy / GAME GUIDES / Everything We Know About Al Haitham in Genshin Impact | Release Date, Leaks, Element, and More