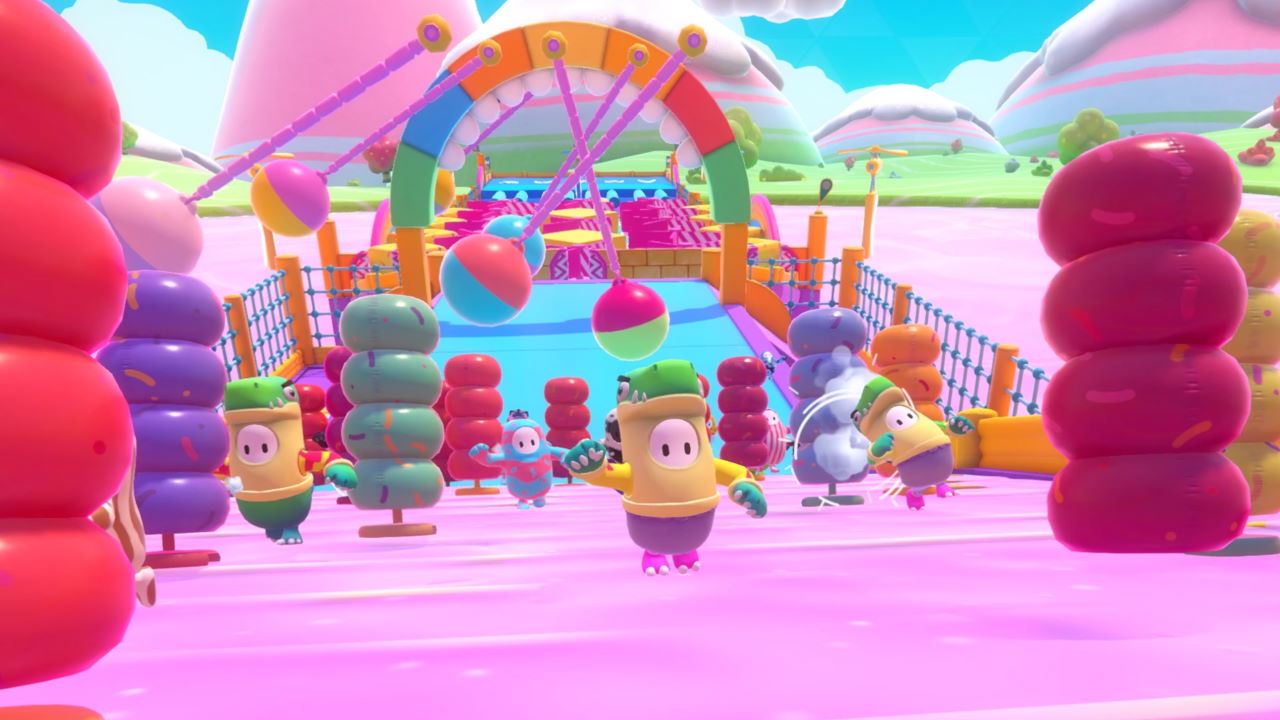 Gauntlet Showdown is a new playlist in Fall Guys that only includes Race and Gauntlet games. That means you’ll only get rounds like Door Dash, Dizzy Heights, and Whirligig and never have to play minigames like Egg Scramble or Tail Tag. This mode is for Fall Guys fans who aren’t as big on the team minigames and just want to stumble through an obstacle course.

It’s also a great way to experience some of the new Season 2 medieval-themed games like Wall Guys and Knight Fever. This game mode has fewer rounds by default because it cuts out so many of them, so you’ll have a greater chance of running into a new map. Knight Fever is the game’s toughest gauntlet yet, and Wall Guys is already packed with tons of physics-based shenanigans. You’ll miss out on Egg Siege and Hoopsie Legends, but those are objective-based team games and you probably won’t want to play them anyway if you’re queuing up for this playlist.

These are the only games in Gauntlet Showdown.

How to Play Gauntlet Showdown

To play Gauntlet Showdown, head to the Fall Guys main menu and press the Square button to enter the Show Selector. On PC, you can press the Ctrl key. There, you’ll be able to choose between the standard Fall Guys playlist and Gauntlet Showdown. After choosing which mode you want to play, just drop into a match like normal.

Fall Guys Season 2 is out now on PC and PS4. Check out our overview of Season 2 to see everything this new update has to offer.