FFXIV: How To Make Gil Without Crafting

Screw it, fight your way into the Gillionaire club! 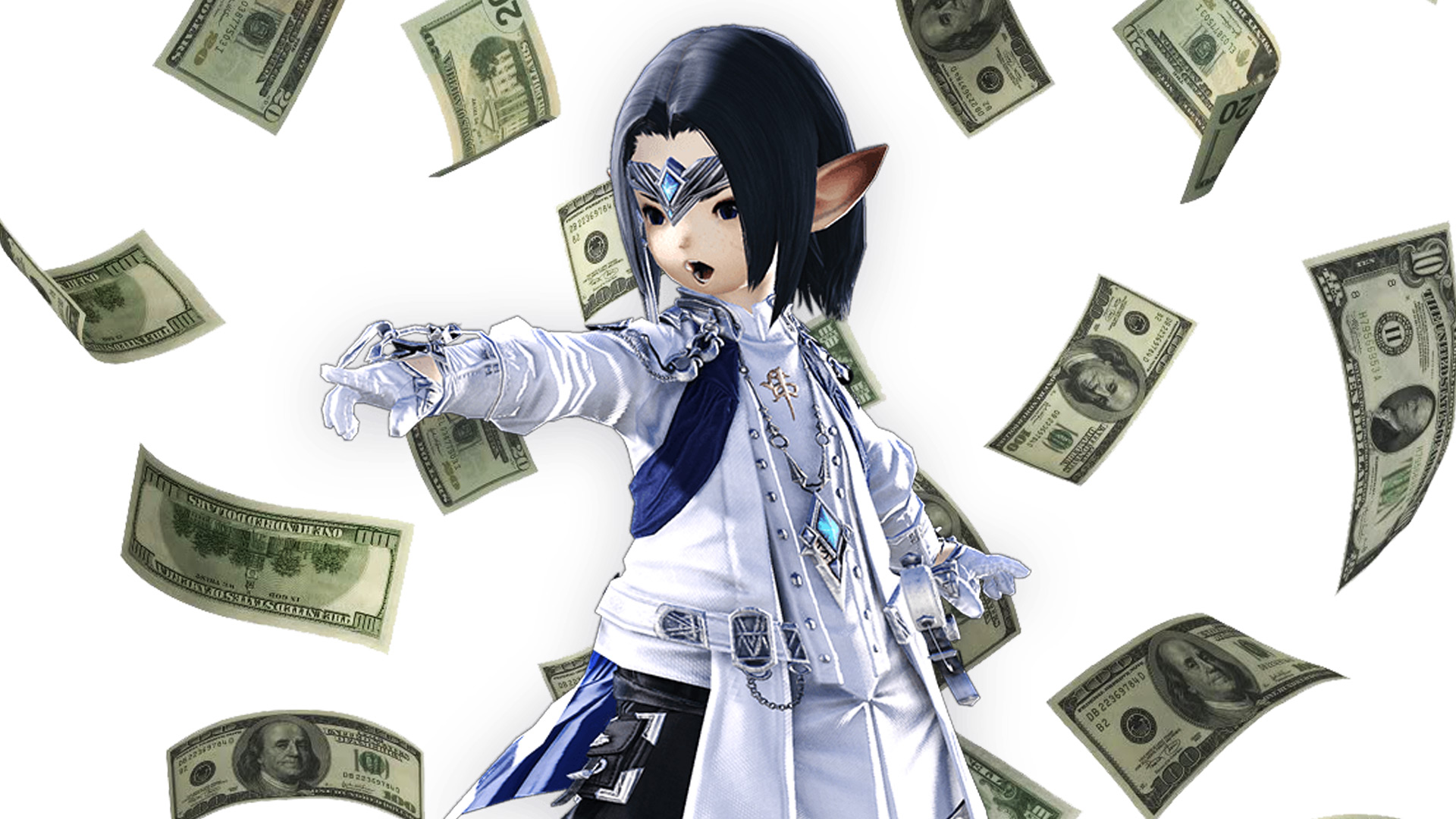 How to make Gil without Crafting? Dear reader, we feel your pain. Crafting is tedious, expensive, and for the most part, pretty dang boring. There are days where crafters can spend ten plus hours just to get a single gear set completed. Not every player in Final Fantasy 14 wants to deal with that nonsense. While cooking or making jewelry are considered “easy money” by most, let us clue you in on a little secret. With a bit of effort and maybe some luck, you can make money without ever touching a Crafting or Gathering job. Here’s everything we know on how to make Gil without Crafting in Final Fantasy XIV.

How To Make Gil Without Crafting in Final Fantasy XIV

The best ways to make Gil without crafting in Final Fantasy XIV are to focus on grinding mobs, unsynced dungeons and trials, building up your retainers, treasure maps, and fates. Oh, didn’t expect that last one? Read on to learn exactly how to turn your Black Mage into a Gil Earning machine that can challenge any crafter out there.

Materials are plentiful in Final Fantasy XIV but finding how to make Gil without crafting said materials can sometimes be tough. The raw materials such as skins, feathers, claws, horns, etc dropped from monsters, dungeons, or trials can net you a pretty penny if gathered in bulk. Set aside an hour or two of your time, focus on a specific mob or item, and kill enough to get a nice stack of 99 to put up for sale. Crafters will grab them off of you if your price is right. It doesn’t stop there though. Older content can really net you some nice Gil. Look through the drop tables of dungeons and trials you can run unsynced solo or with some friends and you’ll find that there are a lot of sought-after items that are not being regularly stocked. If taking the unsynced approach, look for items such as:

This first method is very grind-heavy. We found that focusing on dungeons and trials over just farming mobs out in the world nets you the additional benefit of guaranteed gear drops. Gear can then be turned into grand company seals. Grand Company seals can then be traded for rare crafting materials needed to complete certain weapons or other items that are not offered anywhere else. IE, even if you don’t happen to get the drop, you’ll still be earning something along the way by running these dungeons and trials. The same can’t be said for RNG on monster materials.

Put Your Retainers to Work

You know, not a lot of people actually put their retainers to work. Even with just two retainers, you’ll be earning passive income as long as they are fully in use. First, aim to have every retainer’s market board slots filled with items for sale. The more items you have up in various categories, the higher chance of a sale. Second, aim to level your retainers to the max on any job you have at cap. In the end, it really doesn’t matter what they’re on unless you’re seeking a specific drop. Along the way, be sure to change their exploration ventures to the highest level available and ensure they have the gear needed to meet said level. As they level up, they’ll bring back often crappy items but also Allagan pieces of varying quality. Sell these each day and you’ll earn a bit as you go. Now, the trick is once they reach their highest level you can do one of two things.

We personally advise the second option. What they do while they’re out in the world is a mystery to everyone, but what they bring back can usually be pretty amazing. If doing quick explorations, your retainers will no longer bring back Allagan pieces but instead random items. These include, but are not limited to, rare minions, cosmetic items, venture boxes that can contain Pure White or Jet Black Dye (at the time of this writing, these go anywhere from 200 to 300k Gil), and so on. By committing to this method, you’ll also start getting more gear along the way which you can turn in for company seals or wear yourself if it’s better than what you have. Retainers are out doing their thing while you earn money so again, this further maximizes your earning potential. You should always do this regardless of your chosen method.

There’s Gil in Them There Hills

Alright, so, this is where you can really make it big. Treasure hunts contain some of the most expensive items in the game but are very luck-based. The best way to ensure you start making good Gil from these is to create a full party static group just for doing treasure maps. Depending on your luck, you can net anywhere from 10- 100k Gil per map multiplied by eight as all party members should have a map before you head out. Maps can cost a pretty penny (especially when they first drop), but if everyone invests on one each, you’ll get your money back and then some. The higher end of the range is dependant on if a portal appears that whisks you away to the underground dungeons and canals. These are where you can really make some Gil.

In the current state of the game, these underground “treasure dungeons” can payout like crazy. In addition to guaranteed Gil, you can get crafting items worth millions, minions worth tens of millions, and even unique outdoor furniture. What’s more, these drops often remain exclusive to the maps so they never stop being good sellers but the price may drop due to high supply and lower demand over time. Keep in mind that as this is battle content, you’ll want a competent group of players which is why we recommended forming a static earlier.

So, how many fates have you done since you reached max level on your battle jobs? We’re guessing you haven’t done many once you got what you wanted. Well, you’ve been missing out. Starting with Shadowbringers, FFXIV added shared fates. This feature tracks how many fates you’ve completed in each Shadowbringers zone and then levels up as you complete more and more of them. In total, you’re looking to complete around 67 fates per Zone to max them all out. While doing these fates, you’ll be reward with Bicolor Gemstones. These gemstones can then be traded for stuff and after maxing all areas, a final gemstone trader is unlocked. You see where this is going, right?

By doing shared fates in these zones, you can earn enough Bicolor Gemstones to trade for a piece of music, minion, or HQ materials that are in high demand. At the time of this writing, most of the music goes for above 100k Gil and requires gaining enough rank in the zone to purchase it in addition to around 30+ fates to get enough gemstones. Trust us when we say it’s one hundred percent worth it. Put on some tunes or a show you like and fate grind like the best of them.

So that’s what we got for now. There are plenty of other ways to make Gil without crafting out there but we think this is the best place to start. Above all else, find the method that is the most fun for you! While grinding extremes can be the most profitable, if you hate every second of it, you’re more than likely to quit and kill your earning potential. Take it one step at a time and find your thing and you’ll be making Gil hand over foot.

Final Fantasy XIV is available on PC, PS4, and PS5. Be sure to check out our other Gil earning guides while you’re here.

Home / Game Guides / FFXIV: How To Make Gil Without Crafting