Final Fantasy 14 Patch 5.35 – How to Upgrade Save the Queen Relic Weapons

It may not be Atma, but it's totally Atma. 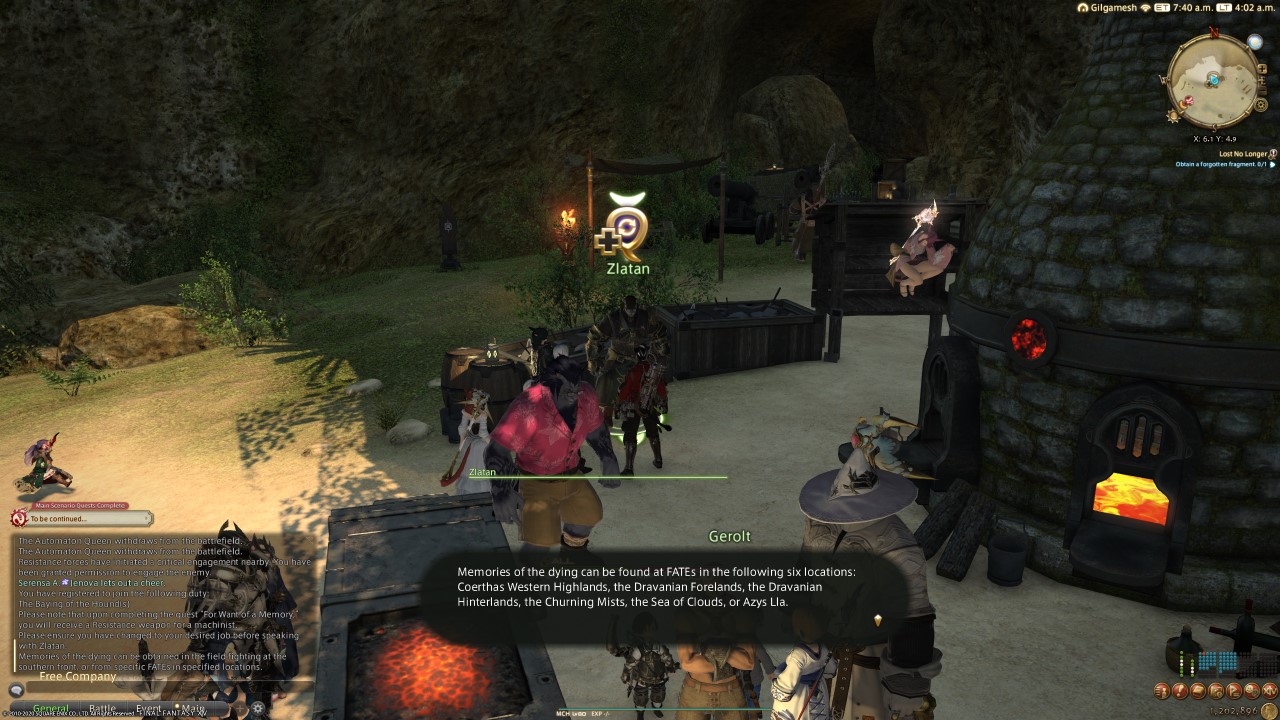 Patch 5.35 has added the next stage of the Save the Queen relic weapons chain to Final Fantasy 14, and it’s a grind. This shouldn’t surprise anyone, considering how previous relic weapons worked (and how easily the first stage of the “Save the Queen” relic was). Still, it’s a somewhat fun grind all said, though you’ll need to grab a seat on the FATE Train if you wish to upgrade your relic weapon.

Save the Queen relic weapons are “powered up” by collecting memories of the dying.

If you were around for the original Realm Reborn relic weapon Atma grind in Final Fantasy 14 then I’ve got news for you! We’re doing it again . . . kinda. Memories of the Dying are acquired from completing FATES in both the Bozjan Southern Front and from the Heavensward zones. I know, strange to see Heavensward included in this quest-chain, but it is what it is.

To start you’ll first need a relic weapon from the first stage of the quest-chain. Once you’ve got that in hand and have unlocked the Bozjan Southern Front proper, talk to Garolt to start the quest “A Sober Proposal”. Zlatan and Garolt will discuss how to further empower your relic, and naturally you’ll be asked to acquire the required memory crystals. Be sure to talk to Zlatan again after finishing “A Sober Proposal” to actually get the ball rolling. Like previous relics you’ll only be able to work on one at a time, but after selecting the job whose relic you wish to improve you are free to play as any class you want, so long as you are grinding those FATES.

You’ll need 20 memories from 3 different types for a total of 60 memories. This don’t have an outstanding drop rate, so invest in some patience if you don’t have any. Memories can be found in the Bozjan Southern Front by completing objectives, and from special FATES within Western Coerthas, the Dravanian Forelands and Hinterlands, the Sea of Clouds, Churning Mists, or Azys Lla. From what I’ve seen so far it doesn’t matter what zones you pick, so long as you farm up 20 of 3 different memory variants. So, yeah, it’s Atma all over again.

They 100% drop for Gold completion of the FATEs, and so far three memories seem to drop in these zones:

After this stage, you’ll need to grab six Bitter Memories, which either drop periodically from FATEs in Bozjan, or are guaranteed after completing a level 60 dungeon (one per run, of course). I believe the choice is clear.

Also, you do not need the weapon equipped, or to be playing the Job you picked the quest up on to earn Memories of the Dying. Just grab the quest, and get to grinding.