Find out where you'll be able to get your hands on this blaster from Star Wars in Fortnite! May the Fortnite be with you, now that Star Wars has made its triumphant return to the game. Coming back just in time for National Star Wars Day, you’ll find cosmetics, items, and more in the game that correspond with the long-running sci-fi franchise. Not only will you be able to get your hands on some iconic skins for your favorite character, but you’ll be able to find Mythic Weapons in the game, too!

One weapon, in particular, the E-11 Blaster is not only one of the coolest looking weapons in the game, it’s an absolute powerhouse, as well. Thankfully, we are here to help you get your hands on one of these weapons, so you’ll be able to take other players down, as long as you can aim a bit better than a Stormtrooper. 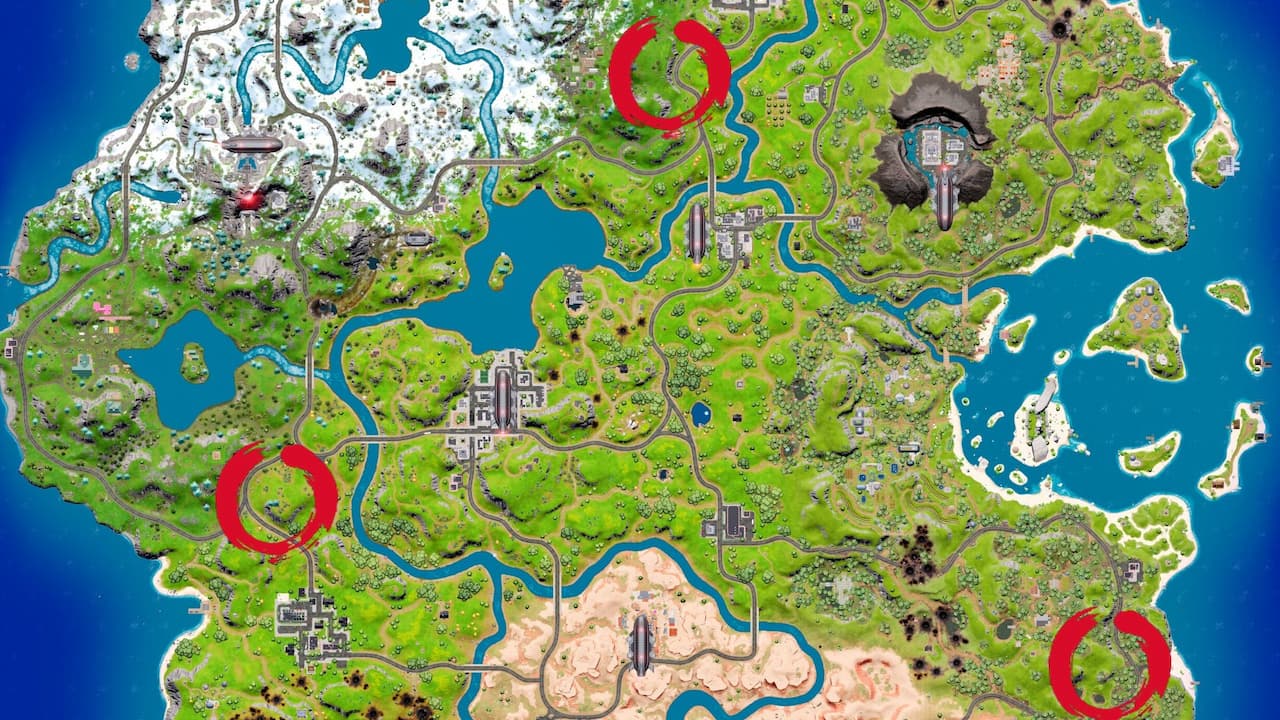 As you drop into the game, or in your adventures while exploring the map, you’ll need to get your hands on a few gold bars before you’ll be able to get this mythic weapon. If you’ve been playing at all this season, you should have a fair amount already built up, but if you don’t, follow along with our guide on how to get your hands on a lot of gold bars in a short amount of time.

Once you have 100 Gold Bars, you’ll want to make your way to a Stormtrooper Outpost, which is located on the map above. This is the only place you can get one of these blasters guaranteed, however, you may find them in random chests, or if you happen to pick one up off of an enemy that you’ve defeated. You’ll need to speak to the Stormtrooper at the outpost and purchase one for 100 Gold Bars. However, if you feel like getting into a fight, you could also eliminate the NPC Stormtrooper, and claim the rifle this way. They’re a bit better of a shot here than in the movies, however.

Featuring unlimited ammo, and doing about 30 damage per shot, you’ll be able to take down an enemy quickly, as long as your rifle doesn’t overheat. A great mythic weapon, and you may be able to finish a quest off in the process, as long as you place in the top 25 after visiting one of these outposts.