Accept quests from these NPCs to unlock Neymar cosmetics. Neymar Jr is now available in Fortnite, and several soccer players have appeared on the island to celebrate the arrival of the Brazilian soccer star. You’ll have to find and accept quests from these soccer players in order to unlock the new Neymar Jr skin and other Neymar rewards, and then you’ll have to complete even more challenges as Neymar Jr himself to unlock everything added in this update. There are only a few of them scattered across the island, but they’re not too difficult to find. Here’s where to find island soccer players in Fortnite.

Where to Find Island Soccer Players in Fortnite

Island soccer players can be found in these locations. 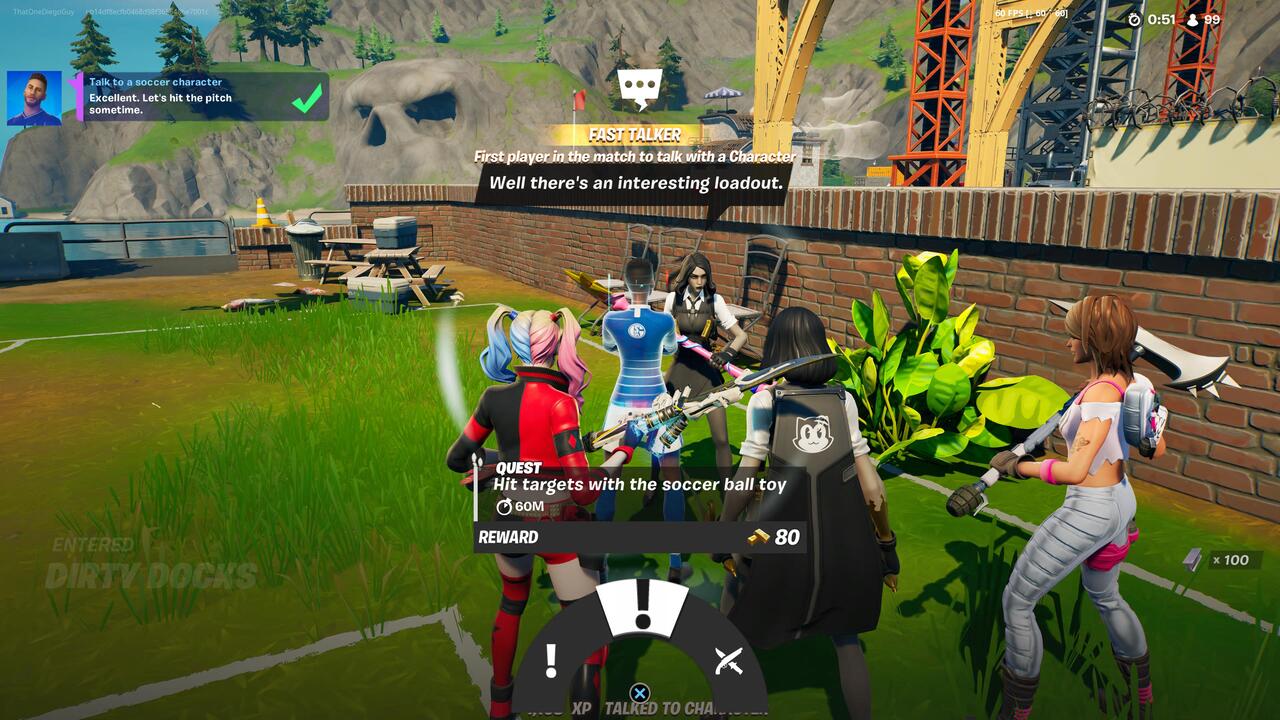 How to Complete Quests From Island Soccer Players

Once you find an island soccer player in Fortnite, the next step in getting the Neymar Jr skin is completing quests from them. They offer quests like normal NPCs do, although there are a handful of soccer-themed quests in their inventory as well. They’ll ask you to do things like hit targets with the soccer ball toy or score a goal with the soccer ball toy, both of which are very easy to complete given the players’ tendencies to hang out near soccer pitches.

Simply complete 3 quests from island soccer players to unlock the Matador Loading Screen and finish 5 quests to get the Neymar Jr skin. Once you unlock the Neymar skin, you can start working on the many other Neymar challenges in the game like drop-kicking the soccer ball toy 500 meters or scoring a goal as Neymar Jr.