Fortnite: Where to Find and Defeat Predator

The hunter becomes the hunted. 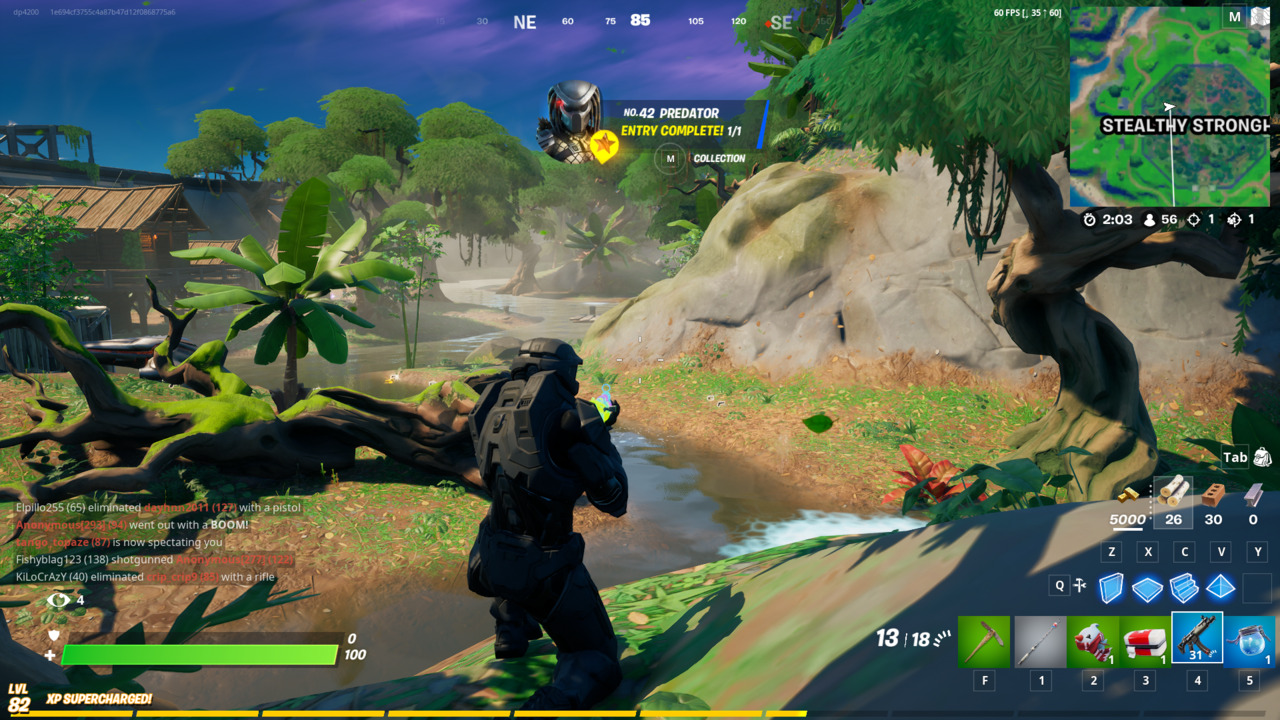 The Predator has finally arrived in Fortnite, and you must find and defeat this new boss NPC to unlock the Predator skin. The Predator is one of the toughest NPC bosses added to the game to date, making the likes of Iron Man and Wolverine seem like a joke. He has a ton of abilities at his disposal, and his spawn location in Stealthy Stronghold makes the whole encounter even more stressful. The rewards and Mythic items make it all worth it though. Here’s how to find and defeat the Predator boss in Fortnite.

Where to Find the Predator in Fortnite

The Predator can be found in Stealthy Stronghold. He can be found anywhere within the stronghold, but he tends to appear most commonly near the mysterious pod in the northwest corner of the area. Defeating him will unlock the Predator skin, but this is easier said than done.

The Predator can use his cloaking device to turn invisible, and he tends to remain invisible throughout the duration of the fight. He doesn’t have any ranged weapons, instead using his pickaxe as his primary weapon, but his melee attacks deal heavy damage and knockback. He can also destroy anything you build fairly easily, so this boss fight is all about finding the Predator before he finds you. 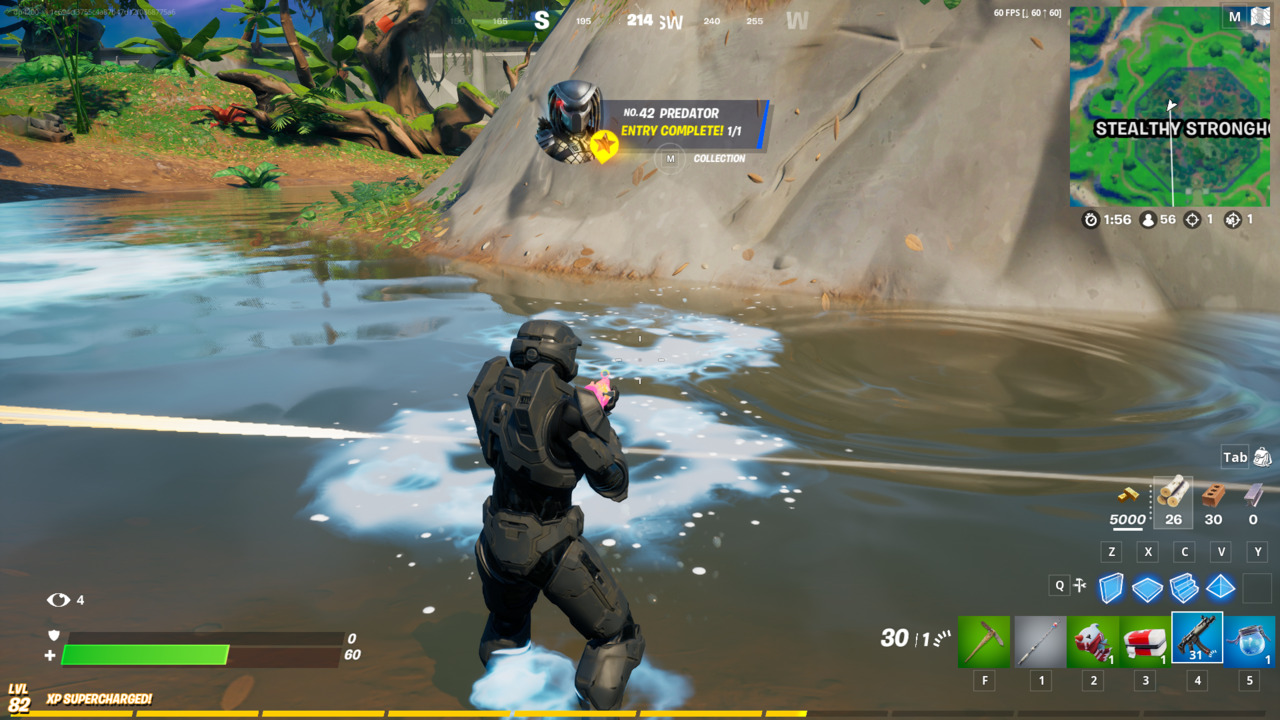 When you kill the Predator, he can drop ammo and floppers, but his main piece of loot is Predator’s Cloaking Device. This new Mythic item allows you to turn nearly invisible for 30 seconds, and it’s perfect for completing one of the new Jungle Hunter Quests. Defeating the Predator will also unlock the Predator skin, which is needed to unlock the rest of the new Predator items like the weapon wrap and back bling.

Like most boss locations, Stealthy Stronghold will be packed with players over the next few days. Not only is everyone directed there to complete a challenge, but everyone is also trying to get their hands on the new Mythic item. It can be really difficult to even find the Predator without being harassed by other players, let alone defeat him. It may be worth it to wait until the hype dies down before taking on this boss fight. Otherwise, you may find yourself banging your head against the wall trying to get it done.

Home / Game Guides / Fortnite: Where to Find and Defeat Predator