Time to check out the Disney Dreamlight Valley roadmap! 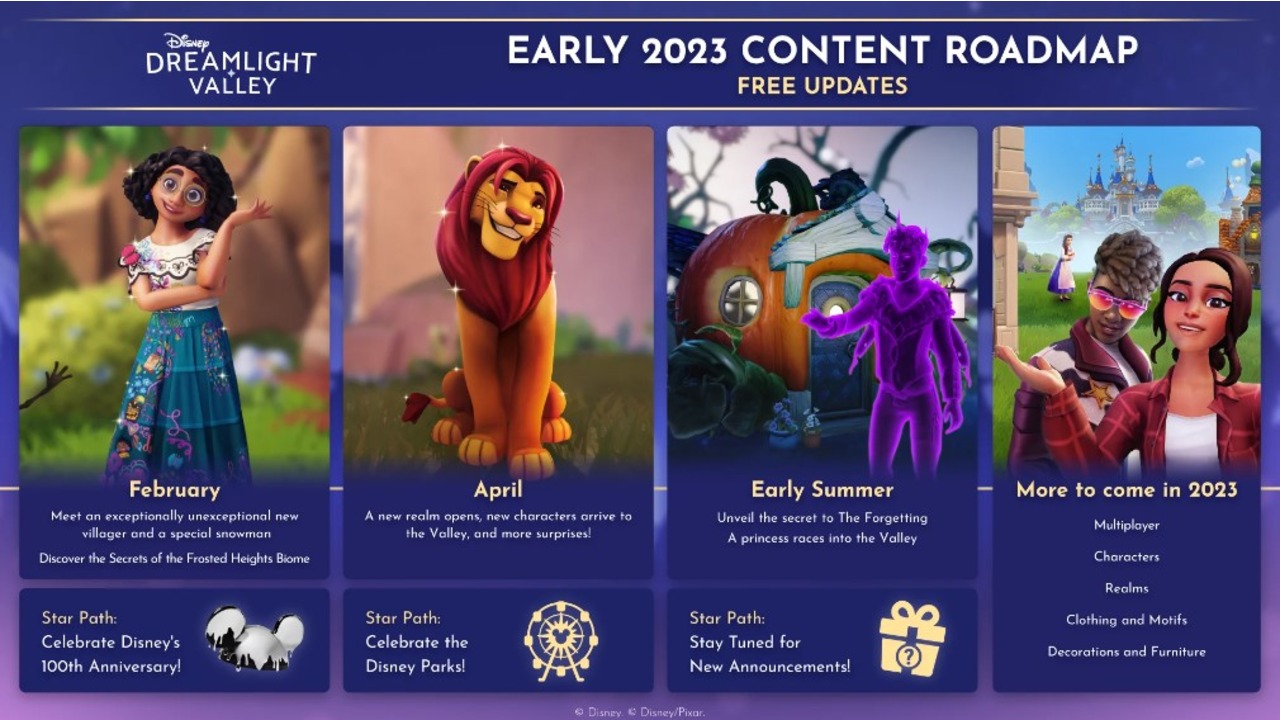 Disney Dreamlight Valley players are always on the hunt for new additions added to the experience and while some are busy trying to learn how to increase their inventory space for all the latest content, others will actually be wanting to know what is on the way. Thankfully, many fans won’t have to wait too much longer after a roadmap was showcased for everyone to browse through. This article will take you through all of the key details from the Disney Dreamlight Valley roadmap.

Some of the major takeaways from the roadmap is that we will be getting multiplayer added to the game including a ‘Frosted Heights Biome’ which certainly sounds Frozen inspired. Even more exciting Disney characters will also be getting their inclusion in the game too such as Mirabel from Encanto and Olaf from Frozen.

It is unknown what will fully await us in the Summer time with the “princess” who is making her way into the valley but it sounds like it will be one to watch out for when it does arrive.

When Will Multiplayer Arrive in Disney Dreamlight Valley?

Many community-orientated players will have quickly spotted the “Multiplayer” factor of the 2023 roadmap which confirms that this feature will indeed be making its way to the game. Unfortunately, there are no concrete details on the exact release of this feature but we would expect that it arrives sometime during or after September.

For the time being, it will be back to learning where to find a watering can in the game for many players before they get a chance to experience all of the new content on the way.