Genshin Impact 2.8: How to Complete the Fatui World Quest

Better Acquainted With the Fatui That Have Intruded Upon Your Summer Vacation. 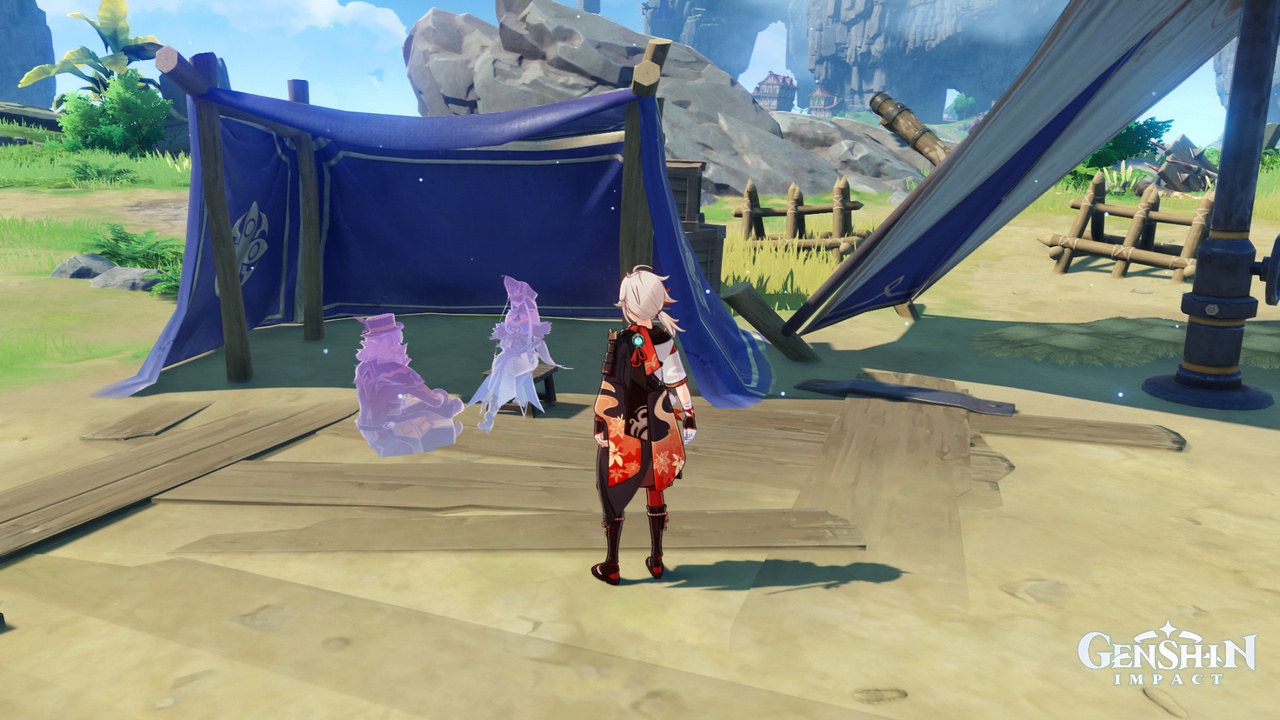 Genshin Impact players might not be happy about having to deal with Fatui, but they might be when they know that there is a quest with Primogems waiting for them at the end. Stumbling upon Fatui activities and taking care of their aftereffects is a side plot during the player’s adventures on the Golden Apple Archipelago in patch 2.8. It is also quite likely that players have randomly stumbled upon Fatui NPCs while traveling between the different isles. This guide will try to wrap player heads around the world quests surrounding those Fatui NPCs.

Triggering the Fatui World Quest requires the player to have completed all of the main event quests related to patch 2.8. If players have any issues with solving these event quests they are free to check the Genshin Impact guide section for assistance. It is also advisable to have finished gathering all the conches first before tackling the world quest as it ties into some of the processes needed to finish the world quest.

Teleport to the Broken Isle Waypoint and make your way to the northeastern island, there will be a Hilichurl encampment with stairs heading upwards. You want to check the space below for a conch, the conch in question is the one for Central Camp Image: 3. Search around it for a glimmering light that will turn out to be a missing item called the Silver Pocket Watch, the watch is needed to wake up the mirror maiden you will speak to later. If there is no glimmer light, change the island via Xinyan’s drums at The Islands’ Stirring Strings Waypoint. 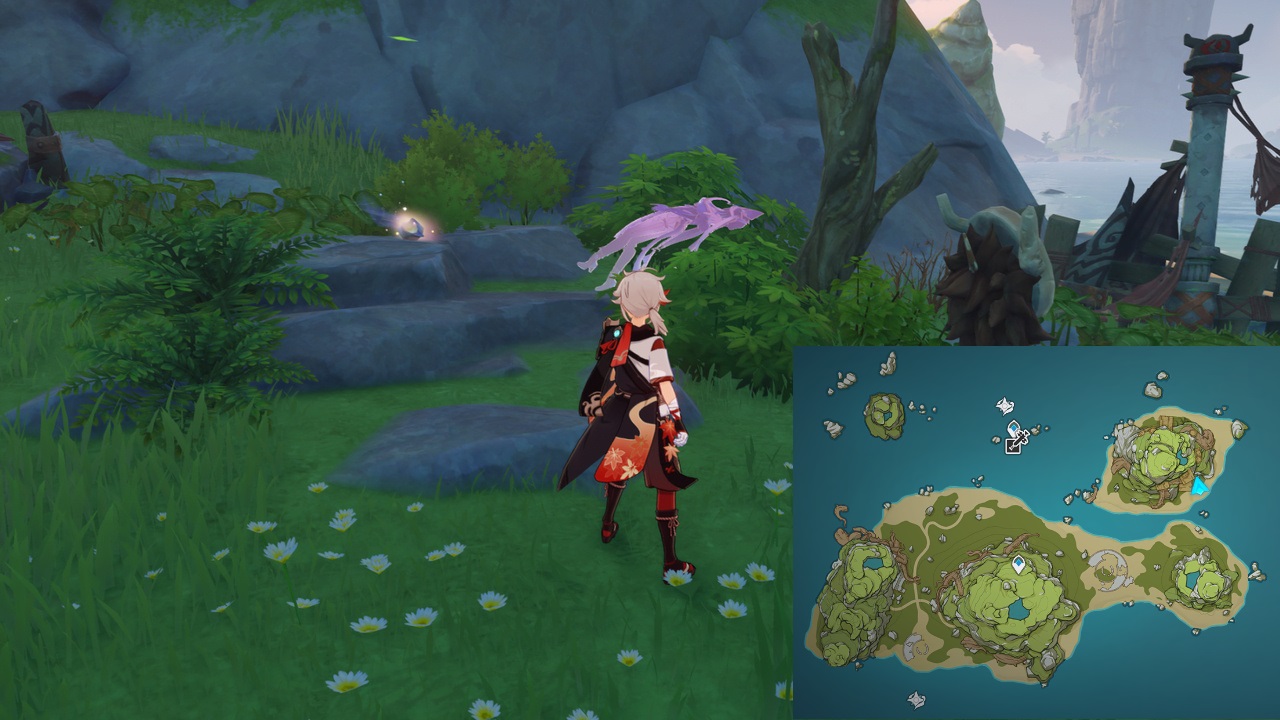 Head west alongside the shores of the island to find the Mirror Maiden NPC, easily identifiable by the blue exclamation mark above her head. Hand her the Silver Pocket Watch and she’ll take off in search of her Fatui teammates. Go Towards the Main Island for the Broken Isle and they should locate the Mirror Maiden standing before a music barrier holding the cryo gunner. Check for megaphones pointing towards the barrier and ensure they are aligned correctly in a trail leading towards it. Locate the starting instrument and play it to cause the barrier to dissipate.

Speak to both Fatui NPCs and they’ll relocate to the island in the middle of the Golden Apple Archipelago, concluding the first part of the world quest.

Players will first want to locate the Old Insignia item as this is needed to bring the Vanguard back his conscience, teleport to the Pudding Isle Waypoint and glide south to the coastlines of the interconnect island to the left. There’ll be a glimmering light that’s not too far away from the conch that the player collects for Secret Mission Log: 7.

Check that your Minacious Isle is in the present state by matching up your map image to the screenshot shown below. Teleport to the Minacious Isle Waypoint and head west. After you’ve reached the designated spot, make your way up the island by climbing the middle portions of it. Starting from the pillars onto the tree branches and you’ll eventually reach ascending platforms. You’ll find the Electrohammer Vanguard on the way. Speak to him and give him the Old Insignia, he will ask you to look for his Geo squadmate. 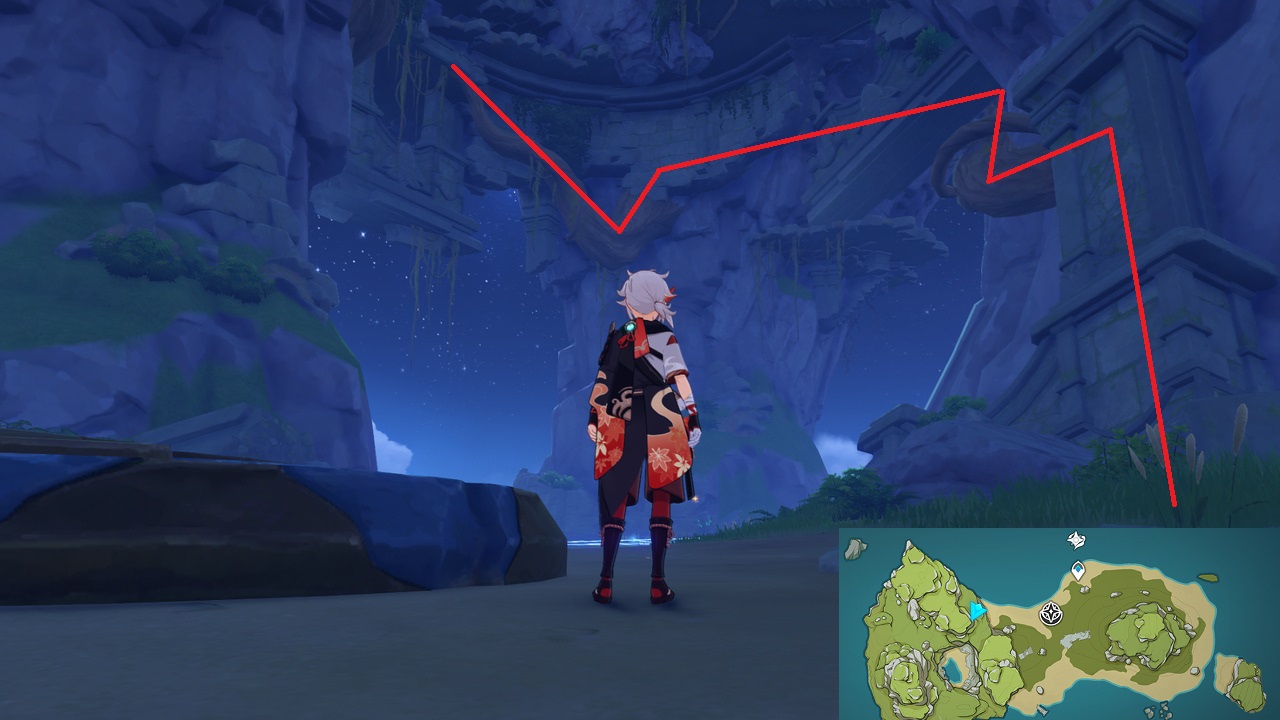 Glide back down to where the totems are and activate them in this order: Cryo, Anemo, Pyro, and Hydro. This opens up a portal that the player can reach by using the wind currents from the nearby windmill. The portal will take the player to Klee’s island, where they can find the Geochanter under the main tent. Speak to him to complete the second part of the quest.

The last portion of the quest is easily taken care of if a player has gathered all the conches already before reaching this point. Teleport to the Center Island of the Golden Apple Archipelago and speak to all the Fatui. In a bid to bring the Geochanter back to his senses, you’ll be tasked with relocating all the misplaced conches and putting them back in the middle of the island. Find the conches corresponding to Central Camp Image: I, II, and IV and place them in the appropriate positions in the center of the camp.

The right order for the conches is as follows: 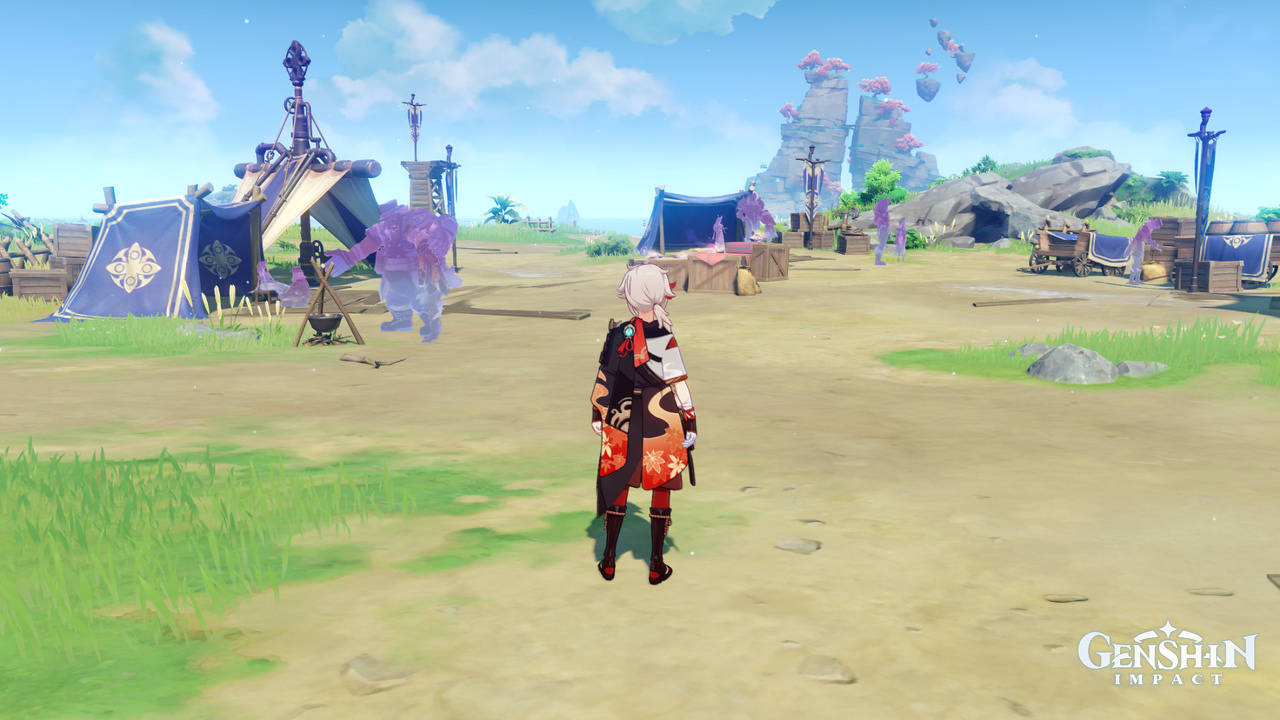 The above should cover all the procedures related to the Fatui World Quest in patch 2.8 of Genshin Impact, more experiences are waiting for players on the Golden Apple Archipelago, ranging from plays to floating jellyfishes to gliding courses, so check these out if you have the time.

Attack of the Fanboy / GAME GUIDES / Genshin Impact 2.8: How to Complete the Fatui World Quest