Watch a Play Staged by the Denizens of the Immernachtreich. There are some elaborate drama theatres scattered about the castle hallways and islands under the charge of Fischl in the newest patch of Genshin Impact. In patch 2.8, players are allowed to revisit the Golden Apple Archipelago, now consisting of new puzzles, collectibles, and island sceneries. Players will be able to peruse a play staged by the night ravens in Fischl’s castle after completing the relevant event quests and domains. This guide will cover the world quest related to the drama theatres and where all the drama theatres are located.

To watch the full play will require the player to visit the vicinities of the Twinning Isles on the Golden Apple Archipelago. The world quest starts at the drama theatre located in the depths of Fischl’s castle, with the other four discoverable on the surface level or remote islands in the surrounding areas. There are a total of five drama theatres, and completing the world quest will grant the player some Primogems and a portrait to commemorate the occasion. Due to being a full-sized play, the world quest will take some time to complete, so take note of that beforehand.

Start the world quest by talking to the theatre head located at the first drama theatre. He can be found by heading east from the Immernachtreich Keep waypoint and going up the stairs until you’ve found the first drama theatre. Converse with him to start the world quest, and interact with the signboard to commence the viewing experience. After watching both halves and grabbing the rewarded chests, the quest continues with the player instructed to search for the remaining theatres. The location of all five drama theatres can be seen below: 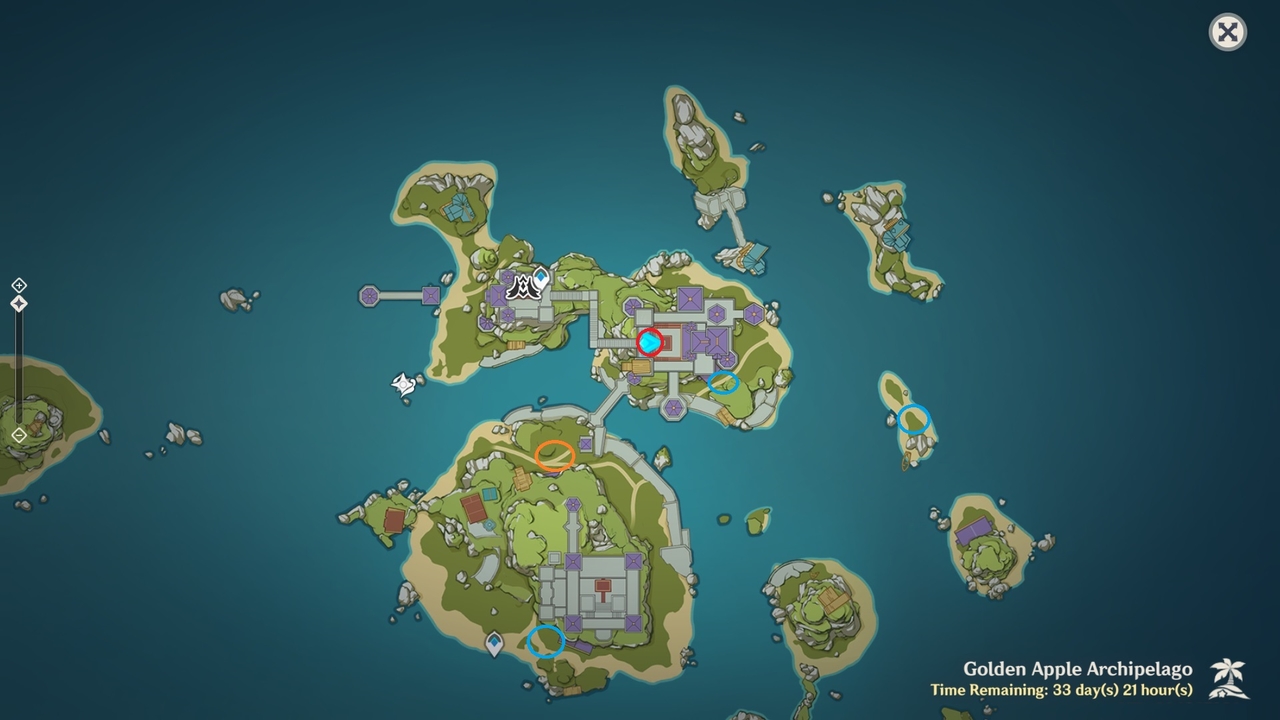 Red marks the drama theatre where players begin the world quest, blue shows the theatres where a player can watch the middle sections of the play, and orange is the last theatre that the player must visit to see the ending of the drama performance. The three theatres in the middle can be visited in any order but must be completed first before the player is allowed to stop by the final theatre to watch the concluding portions of the show.

Aside from the starting theatre, all other theatres are out in the open and shouldn’t prove too difficult to find with the positions marked out on the map. Due to the full performance being interactive, players will have to listen to the dialogues spoken by the raven statues and the narrator to determine the order that the actors should take the stage for the play. One part will ask the player to find a substitute actor, talk to the highlighted statue to the side, some distance away from the theatre and bring him on stage in that instance. The other sections should be relatively simple in terms of procedure.

That about covers all of the drama theatre locations in Genshin Impact. For players looking to explore the archipelago to its fullest extent, it might be a good idea to keep an eye for the conches they encounter along the way, whether it’s for the skin to accompany the free Fischl given by the patch or the Primogems that come with such a collection.