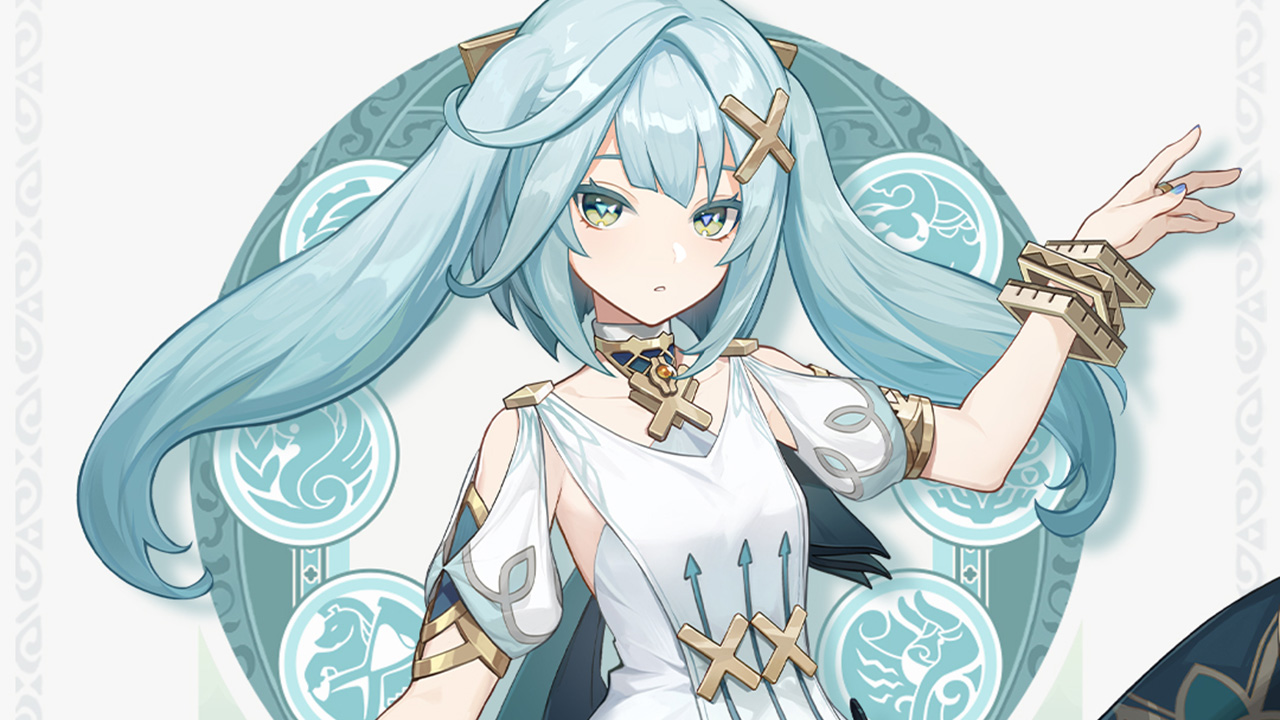 Genshin Impact‘s developer HoYoverse just released their latest Drip Marketing, this time officially introducing players to both 5-star Anemo Catalyst The Wanderer (previously known as the Sixth of the Eleven Fatui Harbingers, Scaramouche) and 4-star Anemo Archer Faruzan. But who is Faruzan in Genshin Impact?

According to HoYoverse, Faruzan, known in Sumeru as “Madam Faruzan” is considered by many as a living encyclopedia of mechanics, as well as someone who is always willing to help those in need of guidance. But, those asking for guidance must avoid asking her questions regarding her youthful appearance, given her mysterious age, and her choice of remaining in Haravatat. As her rhetoric is just as famous as her knowledge in the field of mechanics.

Faruzan will be the game’s second Anemo archer, as well as its first 4-star Anemo Archer. Her constellation will be Flosculi Implexi.

According to a complete overview of Faruzan’s kit, revealed by known leaker Niana, her normal and charged attacks will be the same as that of the game’s other 4-star archers. Also according to the leak, her Elemental Skill, Wind Realm of Nasamjnin, will allow Faruzan to deal AoE Anemo DMG before entering her Manifest Gale state. After entering the State, her next fully charged aimed shot will become a Hurricane Arrow and will deal increased Anemo DMG and generate a vortex upon impact, pulling targets and dealing Elemental Skill DMG in an AoE.

Her Elemental Burst “The Wind’s Secret Ways,” on the other hand, will allow Fazuran to create a Dazzling Polyhedron, which will deal Anemo DMG and move in a triangular path. After covering each third of its path, the device will lower the Anemo resistance of nearby enemies, all while increasing the Anemo DMG of nearby characters for 4 seconds.

All Talents and Constellations

According to the overview revealed by Niana, Faruzan’s combat talents will all be focused on increasing the damage and buildup of her aimed shot while in her Manifest Gale state, as well as increasing the overall damage of the character’s affected by the passives of her Elemental Burst. You can check out a brief overview of her Talents below, based on the descriptions provided by the leaker:

Constellation-wise, all of her constellations seem to be focused on increasing her buffs and her overall damage. You can check out a quick overview of all of Faruzan’s constellations below, based on the descriptions provided by Niana:

When will Faruzan be Released?