There is one area in the game that's picture-perfect for the task. 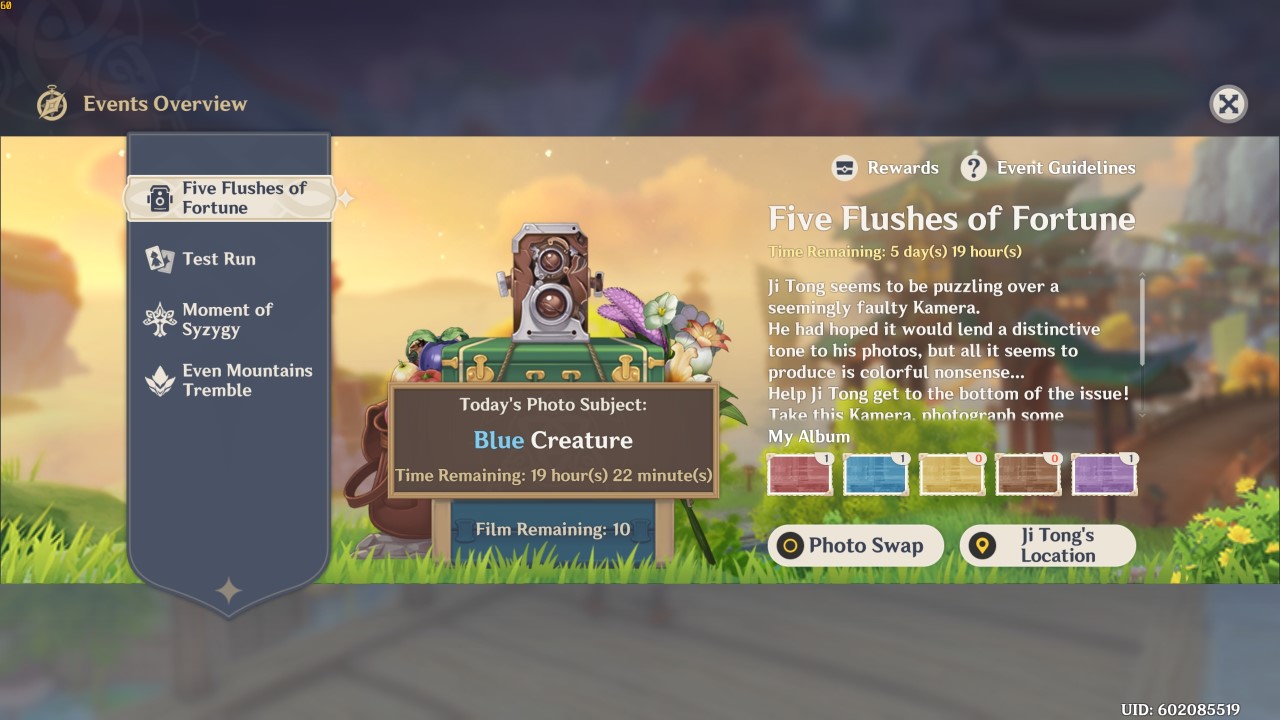 The Five Flushes of Fortune event in Genshin Impact Version 1.3 requires you to take photos of a specific subject each day, such as a Blue Creature. Unlike Red Items, a Blue Creature can be a touch trickier to hunt down, especially if you want to get all ten photos for your daily Five Flushes of Fortune completion (and hopefully your reward trove). Thankfully, there’s an area in Genshin Impact that’s perfect for finding Blue Creatures.

Collect your Blue Creature photos for the Genshin Impact Five Flushes of Fortune event in Dragonspine.

Blue Creatures in Genshin Impact tend to be either Cryo or Hydro-aligned, and unless you want to try your luck snapping photos of the Oceanid you are better off heading to Genshin Impact’s sole icy biome. Dragonspine is littered with Cryo enemies – from Fatui agents, Abyss Mages, Hilichurls, Frostarm Lawachurls, and Cryo Samachurls – there’s a blue “creature” around every corner of Dragonspine.

Like the Red Items from the other day you can take a photo with the Kurious Kamera of each Blue Creature you find for a single credit (the Cryo fireflies that assist the Fatui Cryo Mage aside). The area around the Frostbearing Tree has four Cryo Hilichurls circling it, and there are a handful of Hilichurl and Cryo Abyss Mages near the Starglow Cavern waypoint. The area between the Windwail Highland waypoint and Snow-Covered Path has a few Cryo enemies as well, if you still need photos of a Blue Creature or two. 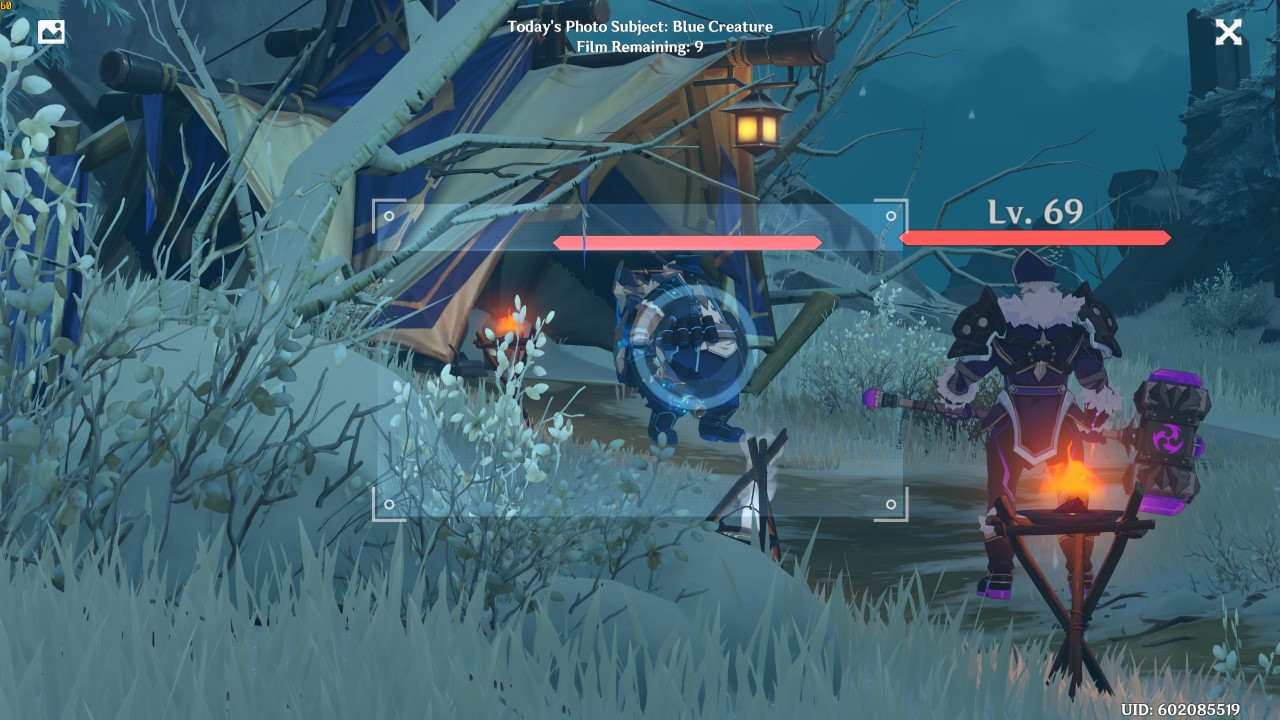 Bear in mind that if you are attacked while using the Kurious Kamera you will be knocked out of it, so it’s best to take your photos from a safe distance. Use the zoom feature to grab your shot, and if you are too far away for the Kurious Kamera to take the photo just inch yourself forward until it does the job.

Like the previous Five Flushes of Fortune subjects you’ll get a photo of one of five random colors, and you need one of each to grab a reward trove from Ji Tong. Remember to trade photos to your friends, and hopefully they’ll help pad out your gaps. Genshin Impact may not have the most robust coop out there, but if you are lacking friends try matching into a Domain and asking the group if they want to trade photos (after completing the Domain, naturally).