These creatures may be rarer than the others, but that doesn't mean this objective is difficult to complete. 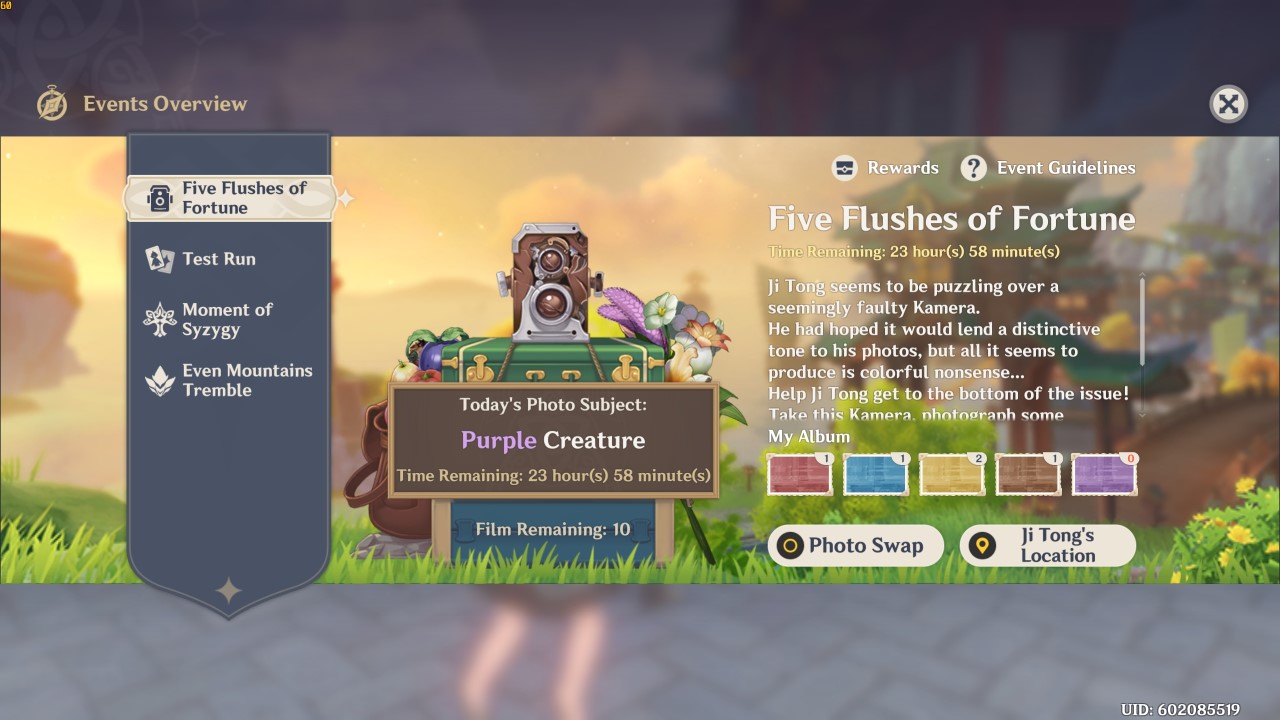 The Five Flushes of Fortune event in Genshin Impact Version 1.3 requires you to take photos of a specific subject each day, such as a Purple Creature. Unlike Blue, Red, and Brown Creatures, a Purple Creature is perhaps the least common of them all, so you’ll want to follow the route below if you don’t want to have any issues getting all ten photos for your daily Five Flushes of Fortune completion (and hopefully your reward trove).

Purple Creature photos for the Five Flushes of Fortune event can be a touch tricky, but there are a couple of ways to make this challenge a snap. One way is to use your Adventurer Handbook to track down Fatui Cicin Mages, who are Electro casters. Thing is, some of you may have farmed these to death this week in Genshin Impact, so you’ll need an alternative method. That, and you probably don’t want to blow your Cicin Mage spawns just for photos. 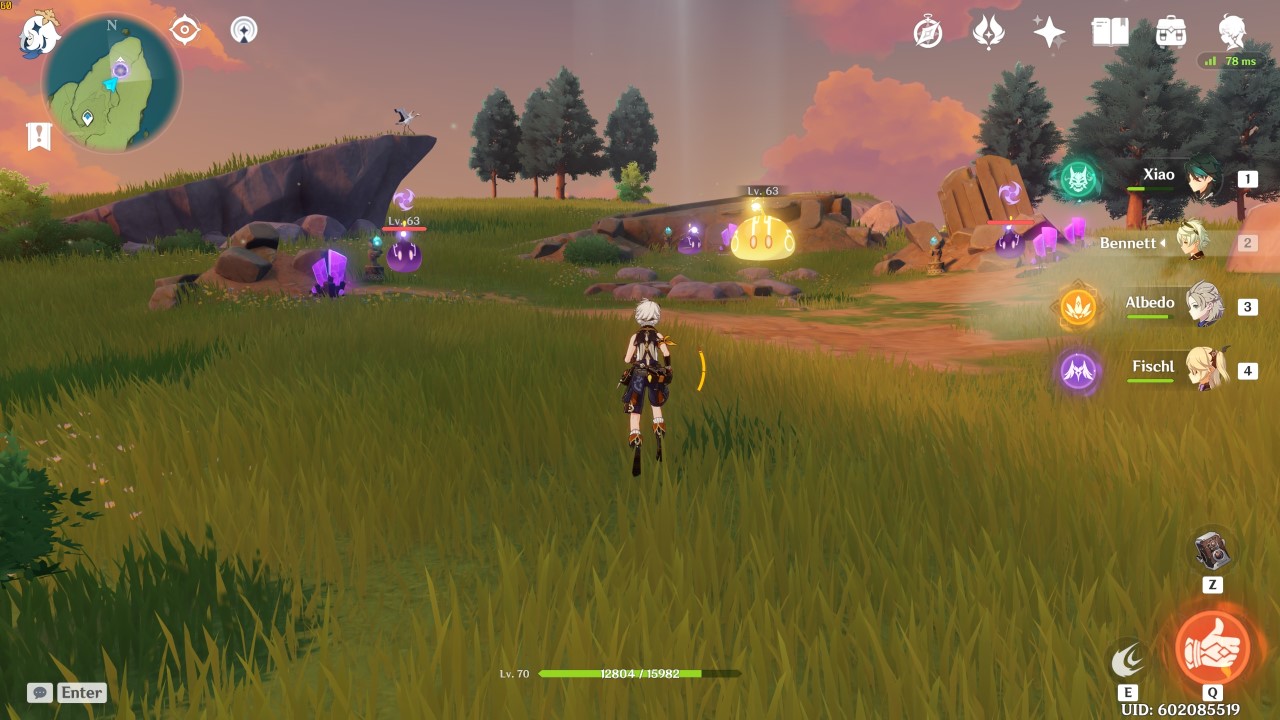 Instead, you can head to Cape Oath in eastern Mondstadt. Head north from the waypoint to spawn four slimes near the Electro crystals. Three of these will be purple, so back off a bit and collect your creature photos. Once you have these three out of the way, head south towards the Electro Hypostasis. You don’t have to engage it to collect your Genshin Impact Five Flushes of Fortune purple creature photo: just sit back at the edge of the arena and use the zoom function of the Kurious Kamera to collect the photo. Head further south after this to the first Hilichurl camp, where you’ll find a purple Hilichurl archer. You should now have half your Five Flushes of Fortune purple creature photos. 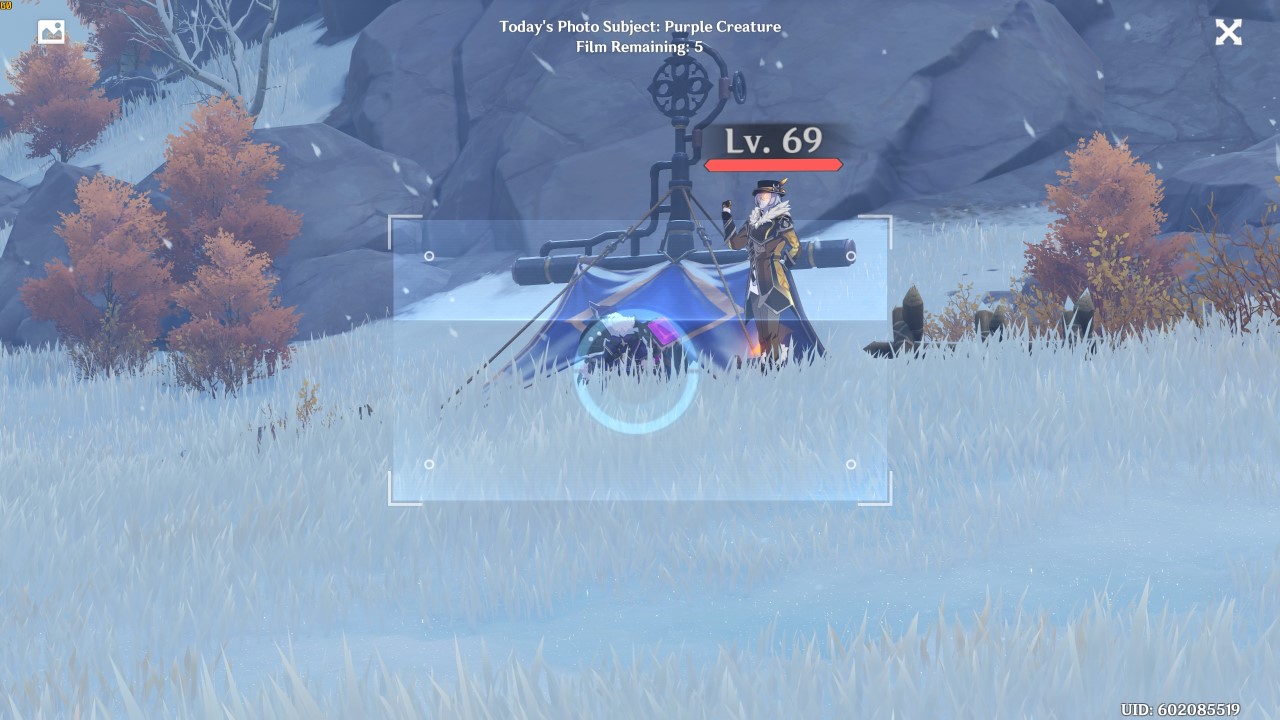 From here head to the Wyrmrest Valley in Dragonspine, and head towards the camps across the lake. There are two purple Fatui agents here, so snap your photos from a safe distance before porting to the Guyun Stone Forest (it’s much warmer there). Follow the coastline towards the domain, and you should find two purple Hilichurl archers among the small packs of enemies here. Along the beach near the domain is a Fatui Cicin Mage, so grab a photo of her to wrap up this Genshin Impact event. 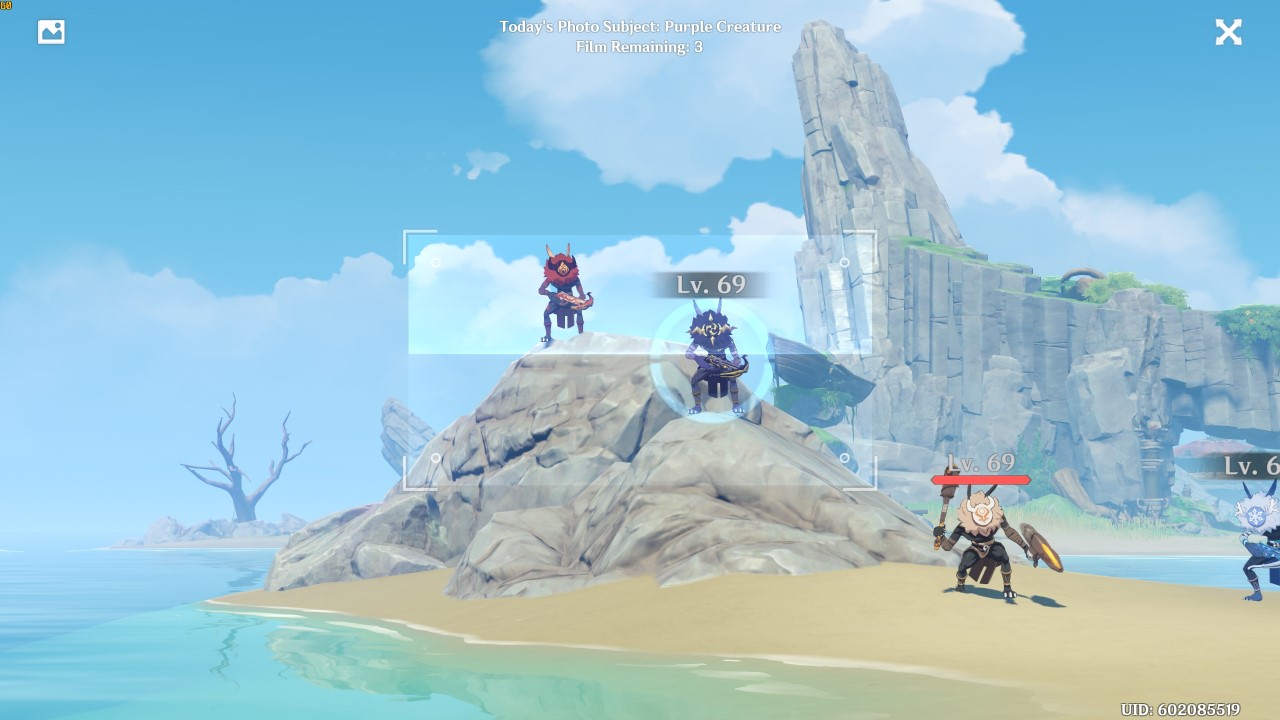 Return to Ji Tong in Liyue harbor to collect your Five Flushes of Fortune reward trove if you still have some available. If you have managed to collect all eight of your reward troves then donate your Five Flushes of Fortune photos to your Genshin Impact friends: there is nothing left for you to grab with your photos, so help a friend or two put a pin in this Genshin Impact event.