Are you ready for the arrival of the leader of the Arataki Gang? The second phase of Genshin Impact‘s current version 2.3 “Shadows Amidst Snowstorms” is almost here and players cannot wait for the arrival of the game’s new 5-star Claymore user Arataki Itto, who will debut as part of the version’s third Character Featured Banner. With that said, we will now tell you everything you need to know about the new banner, such as its release date, availability window, featured 4-stars, and more.

When is Arataki Itto Being Released on Genshin Impact?

As many already know, the game’s new character-focused banner ”Oni’s Royale” will not only feature the debut of the new 5-star Arataki Itto, but also the debut of Genshin Impact’s new playable 4-star archer Gorou, who first appeared in the game during the main storyline of version 2.0, the version which also featured the in-game debut of Raiden Shogun, Kujou Sara, Sangonomiya Kokomi, and Yoimiya. Aside from Gorou, the new Character Wish Banner will also feature the 4-stars Xiangling, and Barbara. Together with the arrival of the new banner, the trial stage for all characters will also become available. 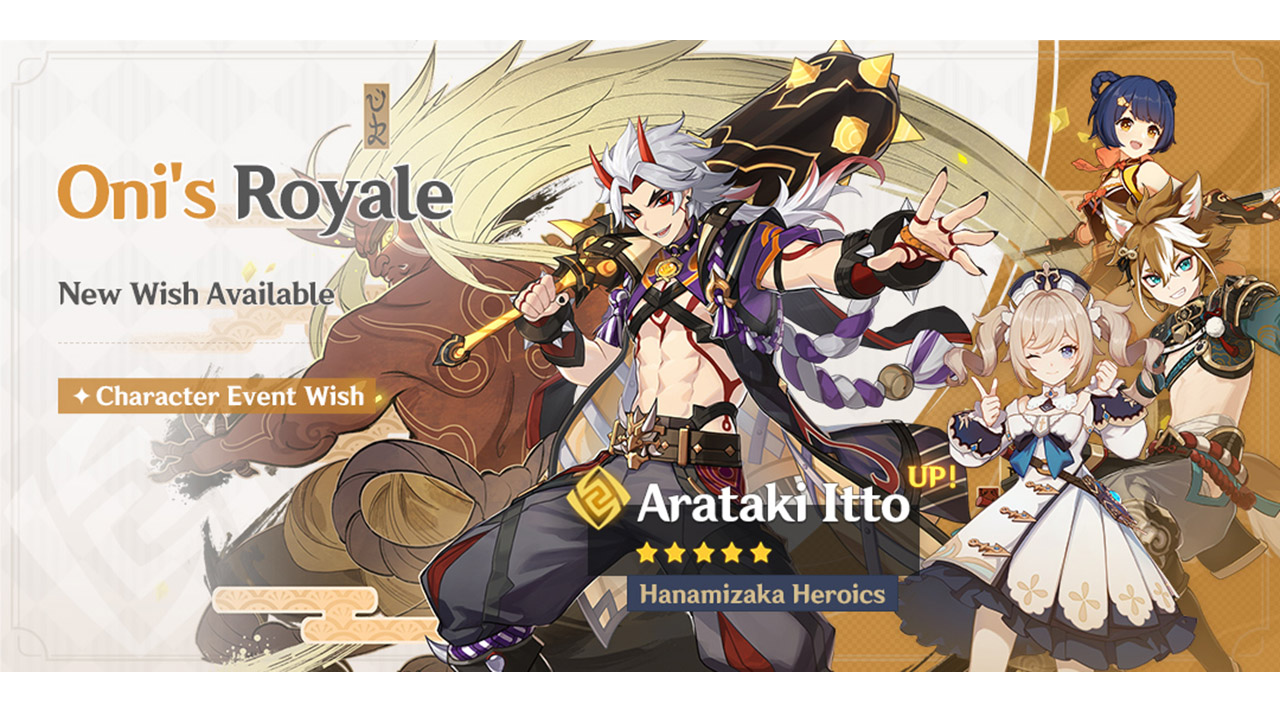 Together with his Character Wish Banner, Itto’s featured weapon will also debut in the game as part of its new Weapon Event Wish Banner, which is set to debut together with ”Oni’s Royale” and run for just as long. With that said, the banner will feature the debut of the new 5-star Claymore Redhorn Stonethresher, focused on increasing not only CRIT DMG, but also on increasing its wielder’s defense while also increasing their Normal/Charged attack damage by at least 40% of their overall defense. The banner will also feature the 5-star bow Skyward Harp and the 4-star weapons, The Alley Flash, Mitternachts Waltz, The Bell, Favonius Lance, and Sacrificial Fragments. Genshin Impact is currently available for PC, PlayStation 4, PlayStation 5, and mobile devices – Android, and iOS. If you are still on the fence and don’t know if you should pull for Arataki Itto, don’t forget to check out his skills, constellations, and more.