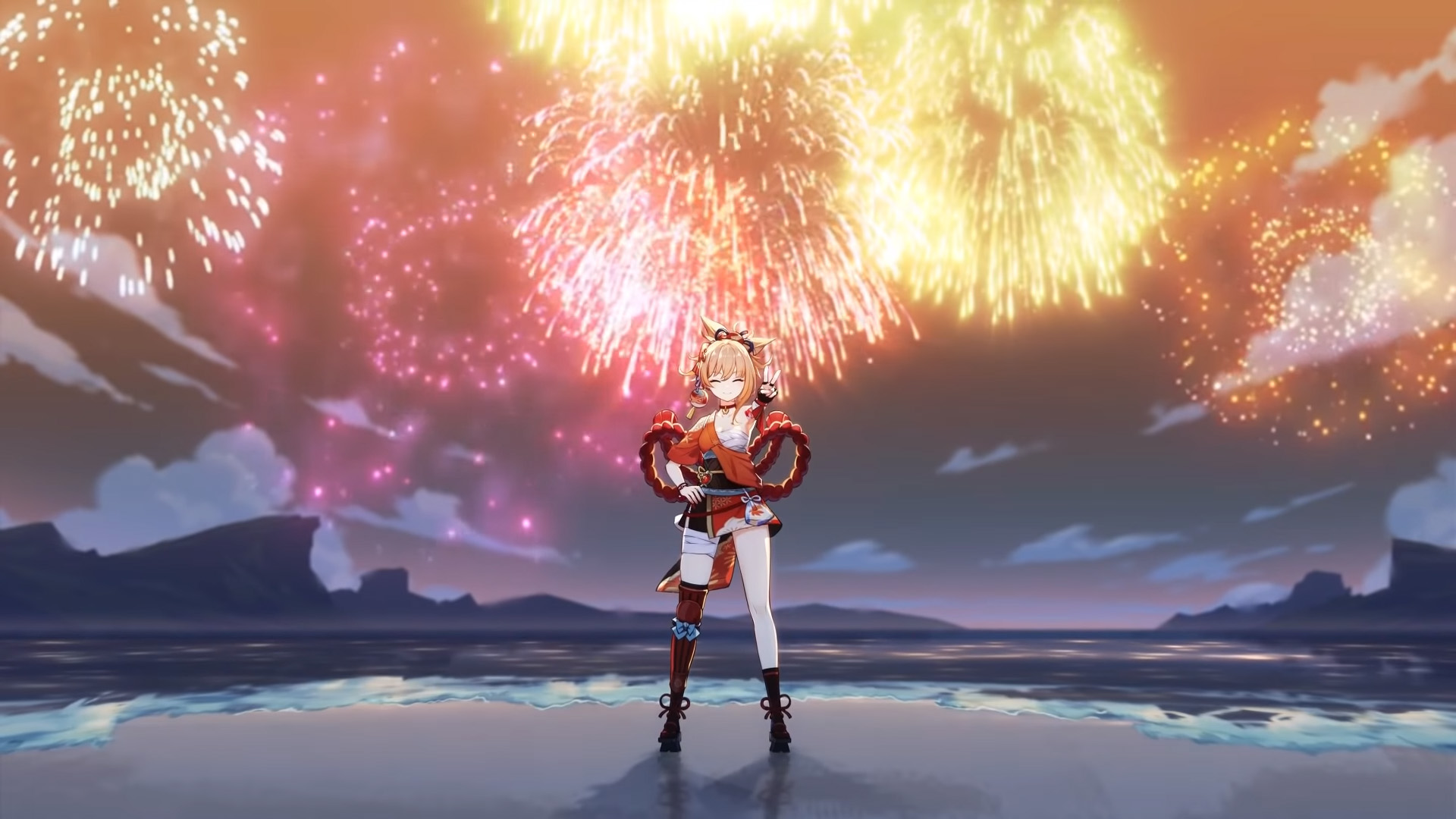 Yoimiya, Genshin Impact‘s latest 5-star character is a great pick for all in need of a target-focused high damaging DPS, capable of generating reactions and dealing massive elemental damage, all while boosting her teammates overall damage.

We will now show you a team composition sure to help Yoimiya light up the battlefield.

The Best Team Composition for Yoimiya

First, since Yoimiya is a character specialized in dealing Elemental Damage through her normal attacks (enhanced by her elemental Skill), we will focus on teammates capable of helping her generate as many reactions as possible, increasing her overall damage and AoE.

With that said, the fact that Xingqiu is able to apply Hydro with both his Elemental Skill and Burst, plus the fact that his Burst allows for him to apply the element every time a normal attack hits, makes him one of the best supports for Yoimiya, as well as a vital part of our composition.

For the team’s next spot, we will pick Fischl, another character that can fit our DPS’ strengths like a glove, especially if you have her sixth constellation unlocked, which allows Fischl to deal continuous Electro damage on the field every time an attack hits, thanks to Oz’s follow up, which can deal even more damage if paired with Yoimiya’s Burst passive, Aurous Blaze.

Since all compositions need at least one healer, for this composition, we recommend Bennett, since he can heal as well as boost Yoimiya’s overall damage exponentially. Bennett will also allow the whole team to get a 25% ATK increase, thanks to the Fervent Flames (Pyro + Pyro) Elemental Resonance.

With that said, this composition (Yoimiya + Xingqiu/Mona + Fischl + Bennett) is, in our opinion, the best for Yoimiya, since it offers not only a great damage boost but also the opportunity to generate many reactions and deal continuous damage, while also making full use of Yoimiya’s passives to increase its support’s offensive abilities.

Genshin Impact is currently available for PC, via miHoYo’s official launcher and on the Epic Games Store, PlayStation 4, PlayStation 5, and mobile devices – Android, and iOS. You can also share your progress between all platforms thanks to its cross-save feature. You can check out our guide n how to build Yoimiya as an Elemental DPS here.