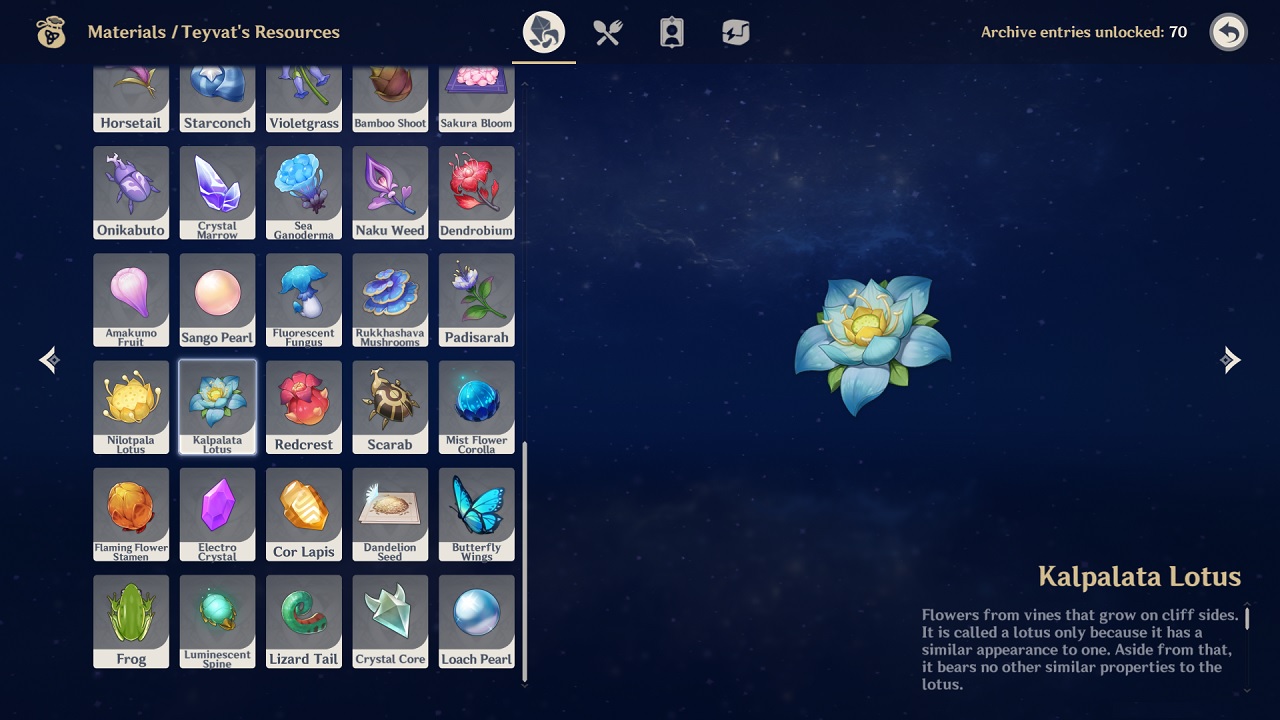 Kalpalata Lotus, not to be confused with Nilotpala Lotus, is one of the several Sumeru specialties introduced during the initial introduction of Sumeru in Patch 3.0 of Genshin Impact. And much like the Padisarahs that have only recently become a matter of importance for Travelers looking to pre-farm for Nilou with her banner soon arriving, the lotus will become a material that will come in handy in substantial quantities if the leaks for Nahida are to be taken into account, even without that factor, Dori‘s need for them is also fair to take into consideration.

Where and How to Get Kalpalata Lotus in Genshin Impact

Going by the official Hoyoverse interactive map, 67 Kalpalata Lotus can be acquired in the Sumeru rainforest region on a two-three day basis. These Lotuses generally sprout near cliff edges or can be found dangling from selective long extended tree branches. Here is a general overlay of the locations where they can be discovered in the world of Teyvat using the interactive map: 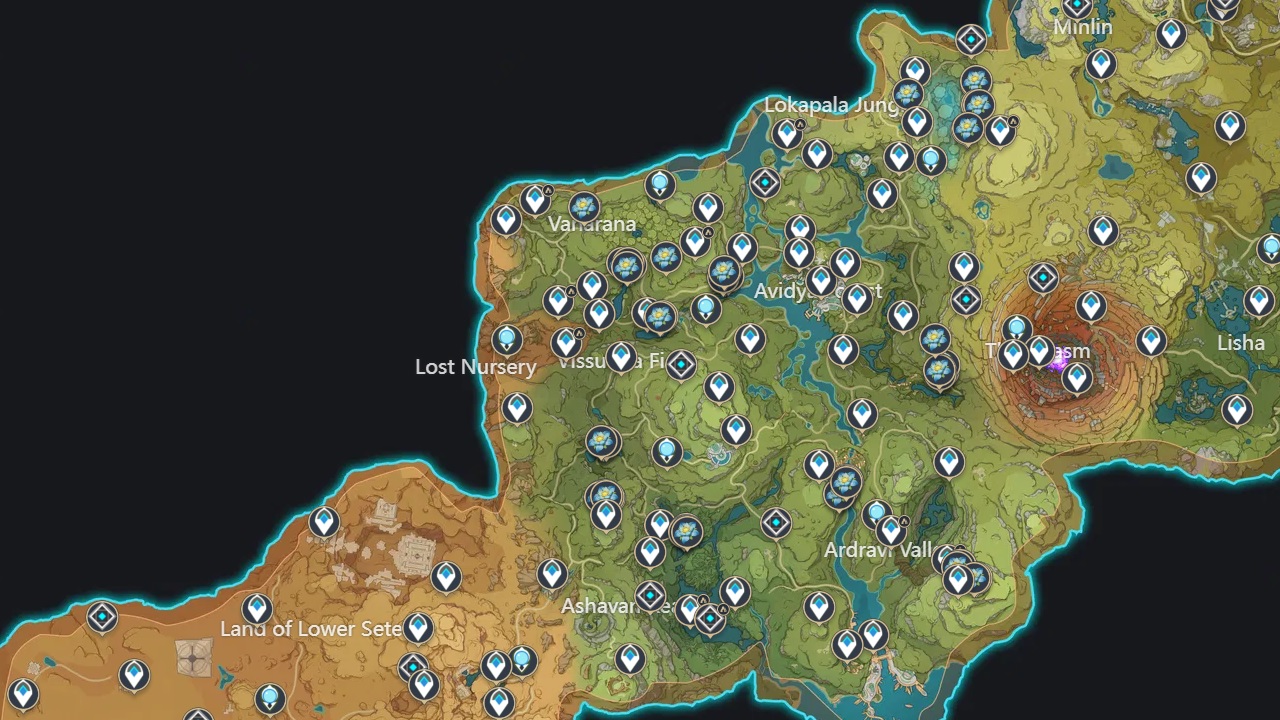 Considering the extensive amounts of isolated clusters of Kalpalata Lotuses that can be discovered across the entirety of Sumeru’s rainforest, it is perhaps advisable for players that aren’t in dire need of the material to instead limit their gathering process to the areas closer to teleport waypoints and omit materials of singular numbers. With that taken into account, here are all the relevant areas highlighted using the in-game map as a guide: Use the teleporters circled in conjunction with the interactive map to create a farming process that’ll net the player around 30-40 Kalpalata Lotus without the need for excessive traveling. In the instance where a player has Tighnari on hand, the passive that he has displays Sumeru specialties on the map, making nailing down the locations of every Kalpalata Lotus encircled within those perimeters much easier. Another avenue of obtaining Kalpalata Lotus should be noted if a player has unlocked Vanarana, as it contains a merchant that sells 5 Kalpalata Lotus every week. Start from the Vanarana Statue of the Seven and head south, following the dirt path that leads up a hill and then down. When the player reaches an intersection, turn left heading east where the player will eventually find themselves in a cave, continue on the path until you reach a pond where you’ll encounter Aramani, who will sell you Lotuses provided that you’ve concluded the Utsuva Festival for the Aranyaka questlines.

The above information should cover all of the consistent methods and avenues that can be employed to farm Kalpalata Lotus efficiently. If the player looks to speed up such a process, the remaining options are going to all of the Kalpalata Lotus spawn points and visiting other players’ worlds asking for theirs.