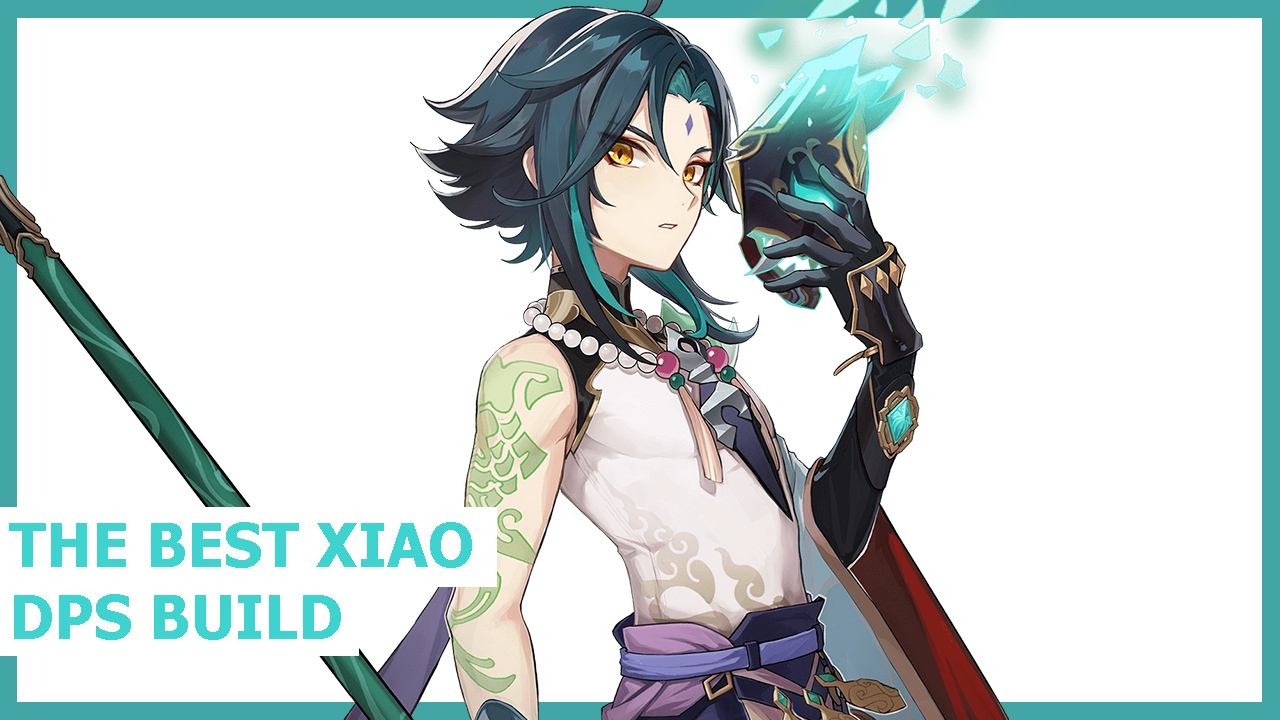 Ever since the game’s beta stage, 5-star Polearm wielder Xiao, also known as the Conqueror of Demons, has been a fan favorite among the Genshin Impact community. Now, to help all who are both currently pulling for him, or who just want to really bring the most out of their Xiao, here’s how to build Xiao as a top-tier Elemental DPS on Genshin Impact.

Just like all main DPS’, Xiao’s weapon needs to provide him with a good damage boost as well as, ideally, offer him a healthy amount of CRIT, depending on your overall values. With that said, and taking into account that our build will be focused on increasing Xiao’s overall plunge damage to the utmost limit, using his signature weapon, the 5-star Polearm Primordial Jade Winged-Spear, would be our main choice, as the weapon offers a great boost in CRIT Rate and ATK while also giving him a 12% elemental Damage increase.

If using the Primordial Jade Winged-Spear is not an option for you, the Staff of Homa would be our main choice among the remaining 5-star weapons, as it offers a massive boost in overall damage and a massive amount of CRIT DMG.

What is the Best 4-star Weapon for Xiao?

Among the 4-star weapons, mostly for their CRIT Rate and CRIT DMG substats, we advise you to go for either the Deathmatch or the Blackcliff Pole, with the Deathmatch being our main choice. Lithic Spear can also be a good choice for Liyue-focused compositions.

For F2P players, we would recommend the Favonius Lance, thanks to its energy Recharge substat, particle-generating passive, and high base ATK. To recap, here are the best 5 and 4-star weapons for Xiao:

Taking into account what we said above, as well as the fact that Xiao’s main source of damage lies in making use of his plunging attacks while on his Burst State, he needs an artifact set that both increases his overall damage and empowers his unique mechanics, in his case, the fact that when on his Burst state, he will continuously lose health.

With that said, we recommend that you make use of a 4-piece Vermillion Hereafter set. The set is a great fit for Xiao as he constantly loses HP when in his Burst state, making him able to quickly trigger all 4 buffs offered by the artifact set and thus increase his ATK by a total of 66% after 4 seconds. 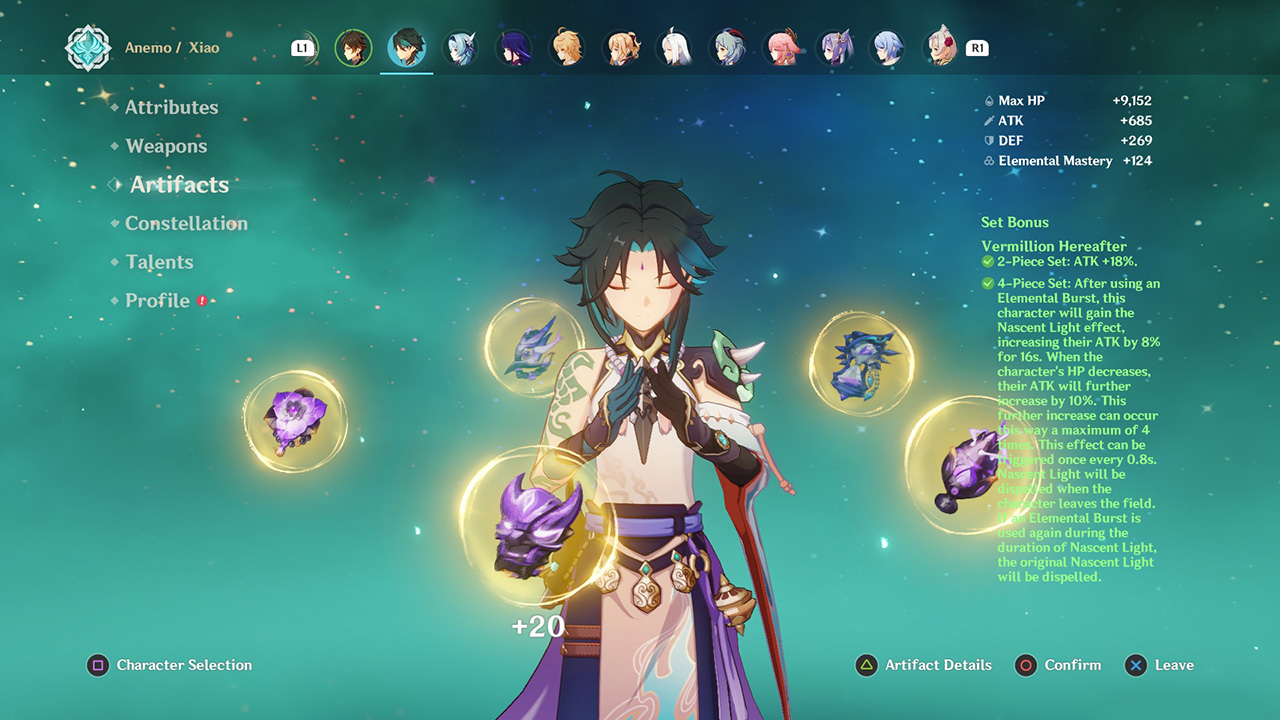 For those who are currently working on getting a good 4-piece Vermillion Hereafter set, using a 2-piece Gladiator’s Finale/Vermillion Hereafter/Shimenawa’s Reminiscence plus a 2-piece Viridescent Venerer set can also work great, as the combination was the best in slot for him before the debut of version 2.6.

Taking into account that Xiao’s Elemental Burst, which is his biggest source of damage, scales off his Elemental Burst level and NA/Charged/Plunge attack level, as well as the fact that this Xiao DPS build will rely a lot on his Burst to deal damage, we would advise you to prioritize those skills and level them up simultaneously.

Xiao is what many call a selfish DPS, meaning that his team needs to be focused on empowering and enabling him as he does damage, as well as making sure he stays alive while on the field. With that said, and taking into account that he making constant use of plunge attacks while on his Burst state, bringing both a Healer/buffer and a shield support is vital. Thanks to his high boost cost and inability to generate large amounts of particles in a short span, especially in C0, bringing an Anemo battery is also a must.

With that out of the way, when building a team around Xiao, our main recommendations would be using Faruzan as a sub-DPS/buffer, Bennett as a healer/buffer, and Zhongli as a shield support. Using Jean as a healer can also work great.