Gotham Knights: Is the Deluxe Edition Worth It?

Which edition of Gotham Knights should you get? 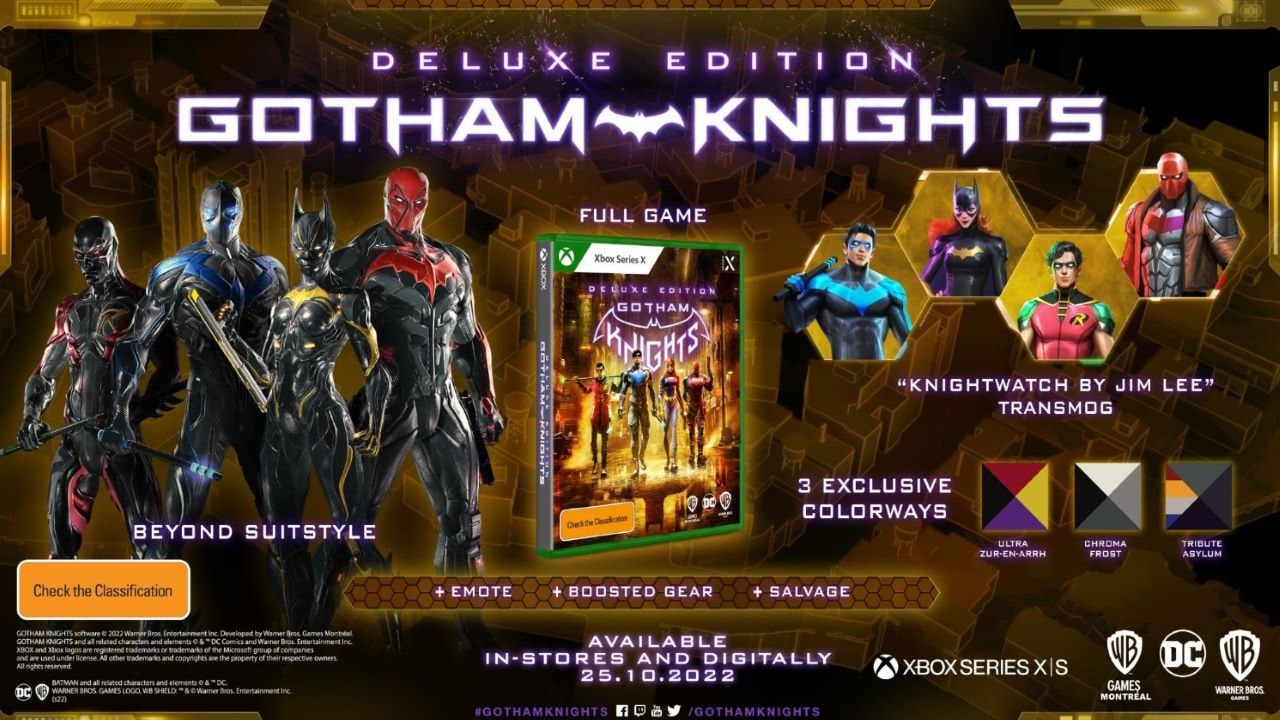 The Deluxe Edition of Gotham Knights will be available for $89.99 on consoles and $79.99 on PC. This version includes the base game as well as the Visionary DLC, which includes 3 exclusive colorways for your character’s armor, “Knightwatch by Jim Lee” Transmog, Beyond Suitstyle character skins which are inspired by the Batman Beyond animated series, and other bonuses like emotes, boosted gear, and salvage.

If you act quickly, you can pre-order the Gotham Knights Collector’s Edition which is $299.99 on consoles and $289.99 on PC. This pricey edition offers all of the standard and Deluxe Edition content plus a collector’s box, a statue diorama of the four main characters, an augmented reality talon key, a 16-page media book, a Gotham City map, and Prometheum New Guard Transmogs. If you’re a huge Gotham fan, then this is the choice for you.

If you wish to pre-order the game, you’ll receive a little bonus for that. This pre-order bonus is applicable to any version of the game. The pre-order bonus for Gotham Knights is the 233 Kustom Batcycle skin which debuted in the DC’s Detective Comics #233.

Is the Deluxe Edition Worth It?

If you are a big Gotham Knights fan, then the Deluxe Edition is worth it. With the extremely cool skins that are exclusive to the Visionary DLC that come with the Deluxe Edition paired with the extra in-game bonuses, it is a no-brainer. If you are on the fence about the game and wish to see more of the gameplay and how it is received on launch, be sure to stick with Attack of the Fanboy. We’ve got you covered on all things Gotham Knights as the release day gets closer and closer.

The Gotham Knights release date is October 22nd, 2022 and will arrive on Xbox Series X/S, PlayStation 5, and PC.

Attack of the Fanboy / GAME GUIDES / Gotham Knights: Is the Deluxe Edition Worth It?