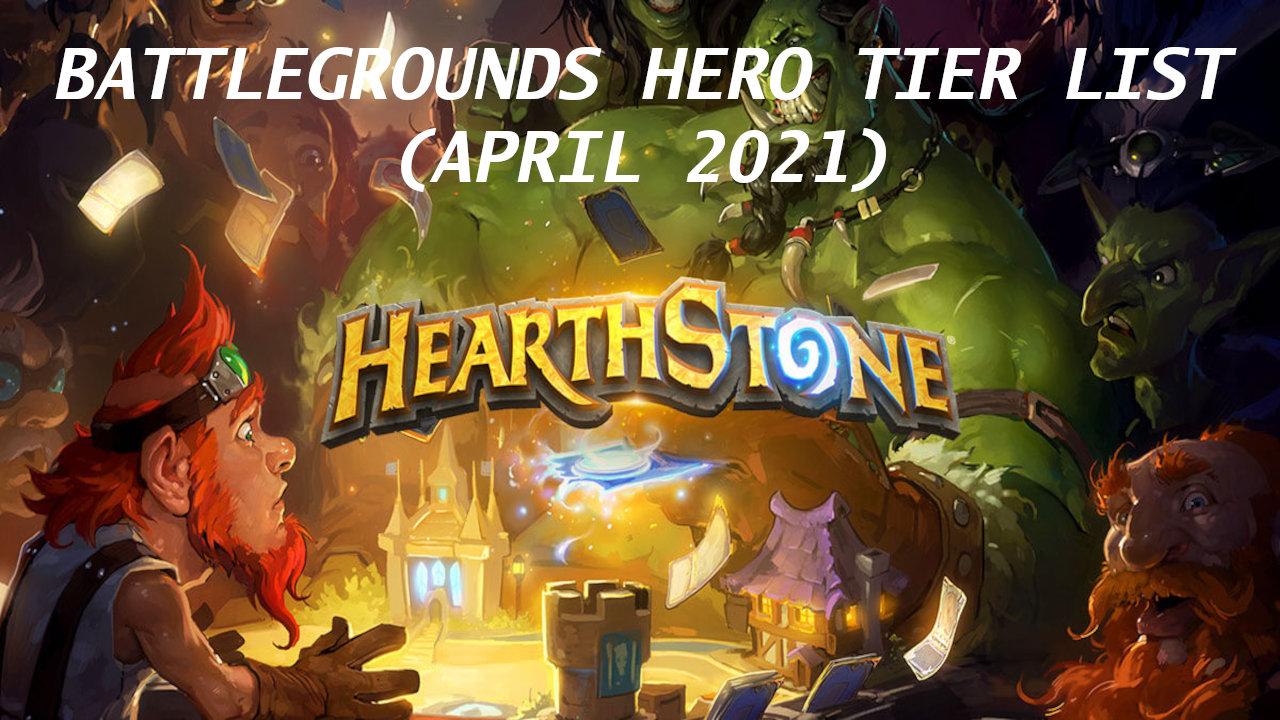 Battlegrounds in Hearthstone can be considered a different game on their own, and with so many new Heroes constantly being added, a fresh Tier List for April 2021 is the least we can do to help out anyone who wishes to jump into this exciting journey. Below you will find a list with all of the available heroes, and where they stand in terms of popularity and efficiency in the field.

There are currently 56 Heroes that you can end up having in the Battlegrounds mode of Hearthstone, and will be divided into four different Tier Lists, depending on how well they perform in the current meta. The list itself can be rather subjective, as your decks not only consist of Heroes, but from minion as well. Depending on which exactly ones you have, on the respective situation, a Hero can really go up and down in this Tier List. That said, their overall performance is what is calculated here, so we don’t take each occasion independently.

Additionally, new Heroes are constantly replacing older ones in Battlegrounds, so note that the following data takes place as of the time this guide was written at. If for example you see a Hero here that is now removed, it means that changes took place in-game and the guide is not yet updated with the new roster. Let us now proceed with the Hearthstone Battlegrounds Hero Tier List itself.

Without a doubt, these are the most powerful Heroes currently in Battlegrounds. C’Thun is not randomly chosen to be sitting at the top of this list, since there is so much versatility and combat prowess in the respective themed decks, that outshines many of the Heroes in the roster. The remainder of the list however is by no means in order, so rest assured you are doing a good choice of having any of the rest as your preferred pick.

While the characters above may not dominate the field like the ones in the S Tier list, they are equally strong and can be really efficient, depending on the minions you own. You can’t go wrong with any of these, so feel free to proceed in your journey with any of them. Just expect a little more trouble in your way, which you would otherwise avoid by having an S Tier one.

Generally strong Heroes, but with some hiccups. Expect high efficiency plays with them, but it will need much more planning ahead, a little bit of luck and good team composition to provide results like the Heroes of the above Tiers.

Now these are what you would preferably need to avoid in general. They are the weakest of the bunch, and you will for sure have some trouble with them clearing content. That said, if you put enough effort and lot more luck than what mentioned above, they can as well do what you need them to do. If possible though, avoid them and go for any of the Heroes of the above Tiers.

This concludes the Battlegrounds Hero Tier for the month April, 2021, but it is expected for this list to be changed soon enough when new Heroes are added into the pool, and some of the ones here are removed. This is the beauty of Battlegrounds though, an ever-changing battlefield where you can test your skills and enjoy the ‘auto-combat’ vibes it offers, similar to other games of the newly-found genre.

Hearthstone is available on PC, Android and iOS. For more about the game, make sure to check the official website.