Hitman 3: Where to Find a Crowbar in Dartmoor

Open up those locked doors with a Crowbar. A Crowbar is an immensely useful tool to have in Hitman 3, and you’ll need one for the Dartmoor mission called Death in the Family. There’s a murder mystery in this level, and several doors in Thornbridge Manor are locked. Some of them have alternate entrances, but others require something to break the lock with. A Crowbar will get you exactly where you need to go, and thankfully, it’s just lying around waiting to be taken. Here’s where to find a Crowbar in the Dartmoor level of Hitman 3.

There is only one Crowbar in Dartmoor, but it’s very easy to find. It’s located just outside of the Greenhouse behind the manor, sitting on top of a stack of boxes. There are gardeners having a conversation about Zachary nearby, so just follow the sound of their voices if you’re having trouble finding it. 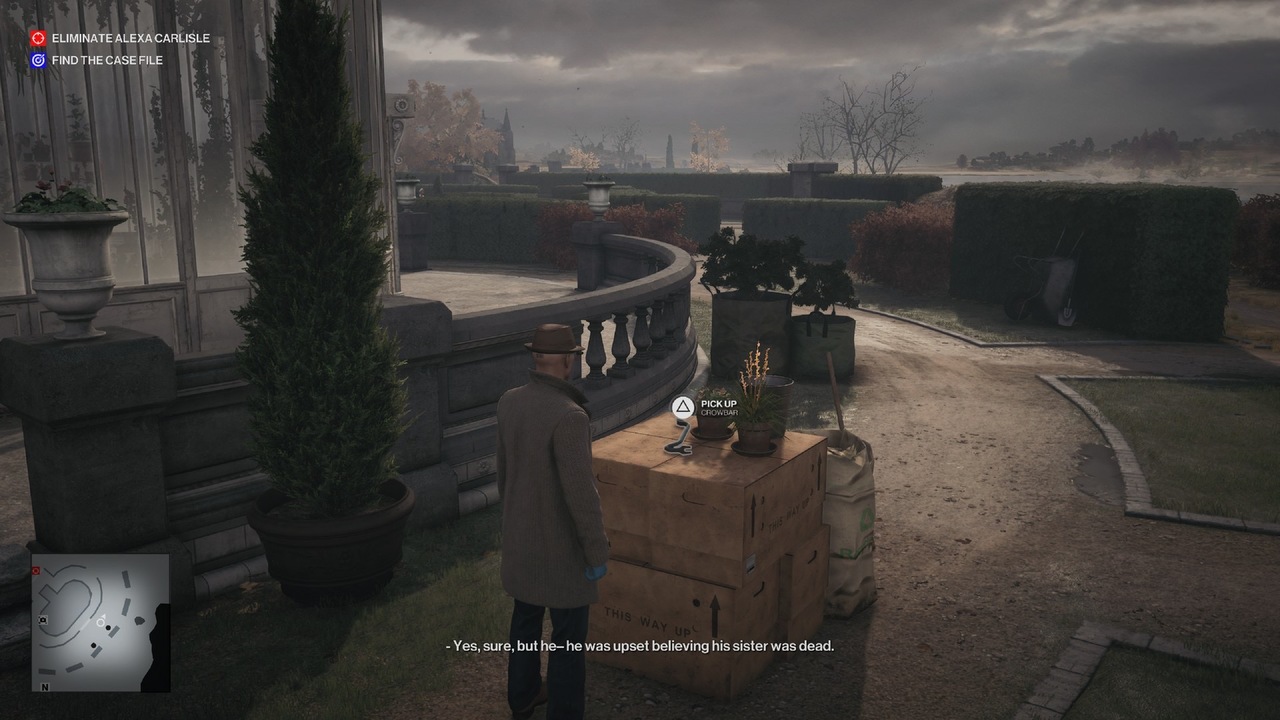 Once you find the Crowbar, you can pick it up and take it with you without much hassle. It’s concealable and fits into your inventory without issue, so you won’t have to drop any important items to take it. It also has use outside of breaking open locked doors. It’s a non-lethal melee weapon, so you can use it to quickly pacify any guards or workers and acquire a new disguise.

The Crowbar can break open any locked door in the house, but take care to make sure nobody sees you performing this illegal action. Most rooms in the house can be accessed by alternate means like climbing out of a window, but Mr. Fernsby’s Office requires the Crowbar to get inside. Fortunately, his room is in a secluded part of the estate that nobody patrols, so you can break the lock without any worry of being discovered. Inside Mr. Fernsby’s Office is the Thornbridge Manor master key, so be sure to take that so you can gain access to the rest of the building without having to use the Crowbar.

Home / Game Guides / Hitman 3: Where to Find a Crowbar in Dartmoor