Find out how to complete this side quest on your One Piece Odyssey playthrough! 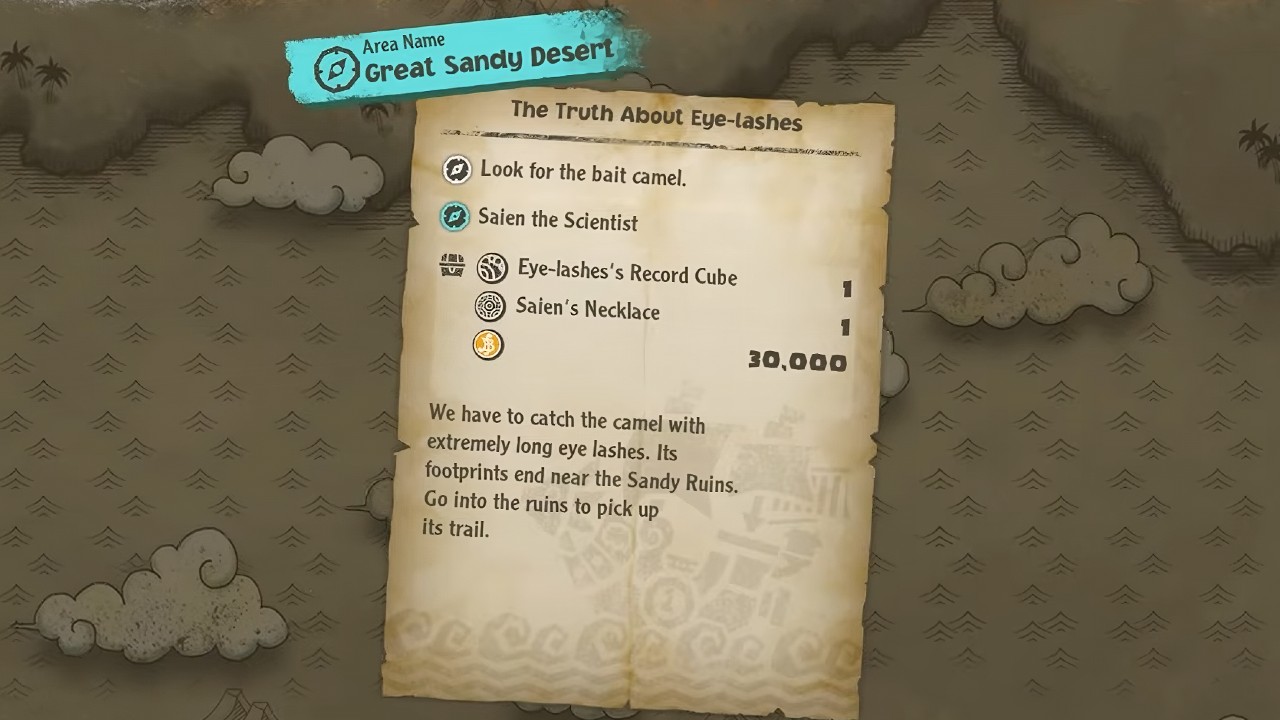 As players comb through the deserts of One Piece Odyssey, they may find themselves brought upon a quest that challenges their wit and intellect, as well as their battle capabilities. While exploring during the Second Chapter of the game, players will encounter Saien the Scientist, sitting upon a large rock after having their supplies stolen.

For those hoping to pad their runtime a bit longer, completing sidequests is a great way to obtain extra items, materials, and plenty of Berries to spend at the local shops. But, once this quest has been partaken upon, players are unsure of where they may need to go next. Let’s join up with the Straw Hat Pirates and find out what needs to be done to complete this quest!

While exploring the Great Sandy Desert, players will need to find a particular Camel that goes by the name of Eye-Lashes, but what the quest doesn’t tell you is where to start looking for this mythical beast. Without a quest marker, players could find themselves roaming the desert for far too long.

Trekking across these sandy shores, players will need to make their way to the red circle on the map above. Once they have made it to this area, there will be a pack of bandits surrounding poor Eye-Lashes, and it’s up to you and the team to save them! Take part in this epic battle, using a team of these characters to breeze through the bandits:

After defeating the bandits, and learning the truth about why Eye-Lashes was trying to get away, players will just need to return to where Saien was found originally, to complete this quest. Saiens location can be seen on the map above as the blue arrow, where the player currently is. After speaking to him once more, players can cross another side-quest off of their list, and continue on their grand journey.

One Piece Odyssey is available now on PlayStation 5, PlayStation 4, Xbox Series X|S, Xbox One, and PC.