How to Catch Gimmighoul in Pokemon Scarlet and Violet

Find out how to capture Gimmighoul in both forms! 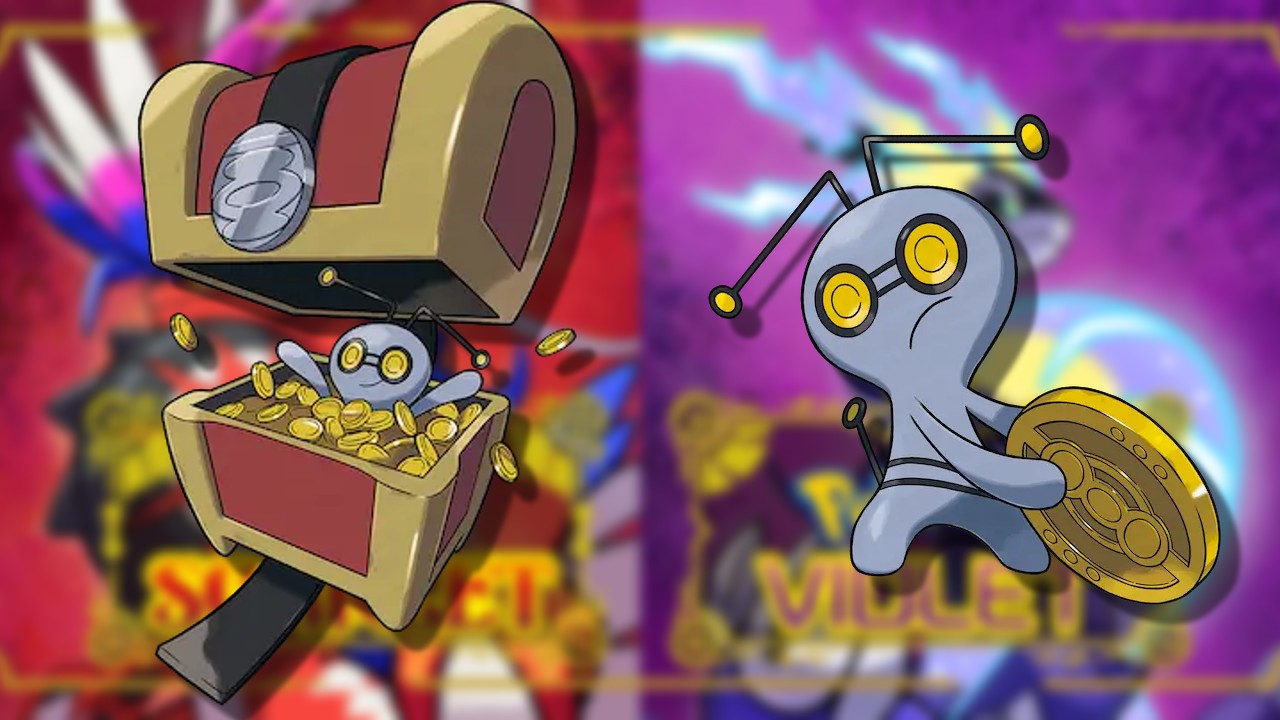 Trainers making the trip into the Paldea Region in Pokemon Scarlet and Violet have a new creature to search for, and not in the way they would normally expect. Gimmighoul tends to pop up in the most bizarre of places, using their Mind Control powers to dupe trainers into collection coins for them. However, players are eager to learn more about this little bugger, and what they may need to do to add one to their collection.

Finding Gimmighoul in the wild is a complicated bag of tricks, much like what they employ on the unexpecting players. There are two different forms of this little creature, and we will be covering how gamers will be able to capture both forms of Gimmighoul. While one may be a bit more straightforward than the other, players will need to make sure they’ve got their walking shoes on to gather them both.

How To Capture Gimmighoul (Chest Form) in Pokemon Scarlet and Violet

As players begin their search throughout the world, they’ll need to keep a sharp eye for random Antique Chests spread out throughout the world. As you approach them, Trainers may notice that something seems a little off about these decorative chests as they keep popping open and closed. That’s because there is a small Gimmighoul inside, waiting for battle. You’ll be able to capture them while they are in this chest form, and there is no central location for these Pokemon to show up. Players will need to keep their eyes peeled when entering ruins, towns, and cities. There is also a very high chance that players will find a Chest Form Gimmighoul at the top of the Watchtowers around Paldea, respawning after some time.

How To Capture Gimmighoul (Roaming Form) in Pokemon Scarlet and Violet

Simple answer: you can’t. You may find Roaming Form Gimmighoul in the Paldea Region, but they’ll only hand you a simple Gimmighoul Coin. You won’t have an opportunity to capture one while you are playing this Pokemon title, but if you plan on “GO” ing outside, you may have a better chance of finding one and capturing one. That’s right, players may need to create a Pokemon GO account and encounter the Roaming Form Gimmighoul to add it to Pokemon Scarlet and Violet. Using Pokemon HOME to transfer monsters between titles will allow gamers on Nintendo Switch to obtain this rarer form of this little ghoul.

As a pure Ghost-type Pokemon, Gimmighoul may prove useful against some of the other monsters that players encounter throughout their Treasure Hunt. No matter if you are trying to find out which Gym Leader to challenge first, or if Gimmieghoul will be valuable to keep in your party as you near the completion of the story, this intriguing creature deserves a spot in your PokeDex.