How to Check Your MMR in MultiVersus

A good determination of player skill. 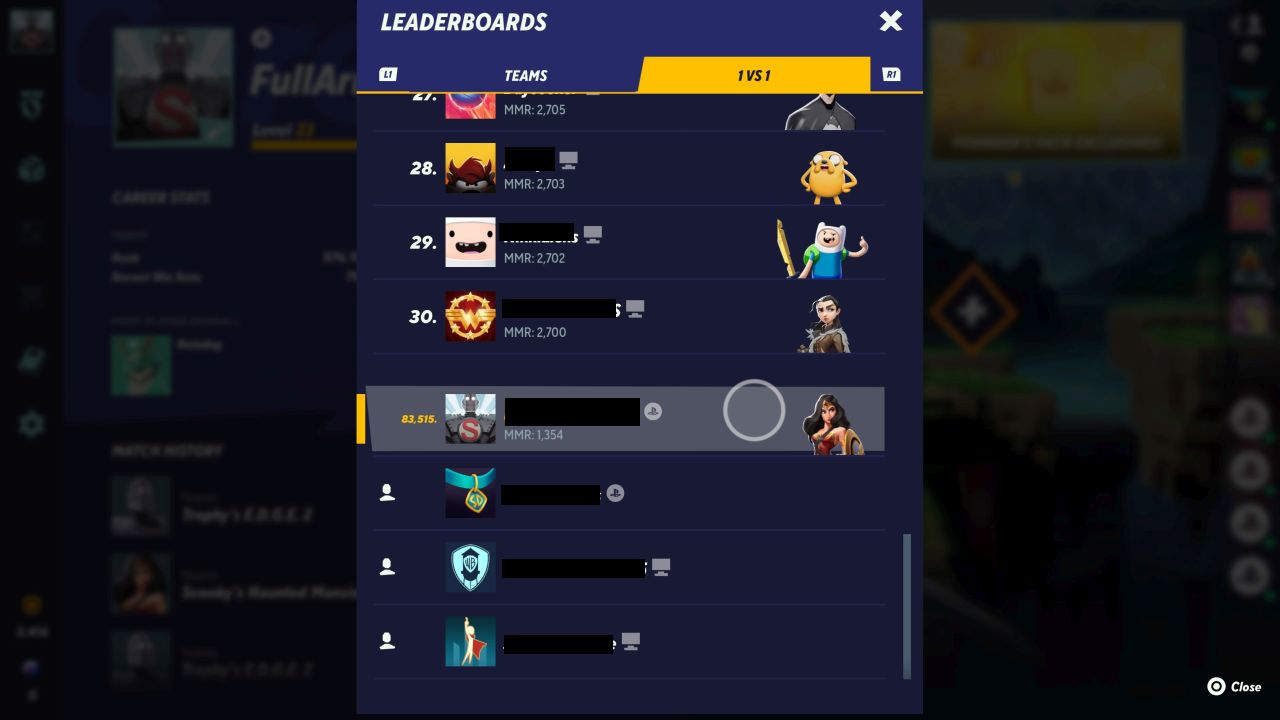 Matchmaking in MultiVersus is a very seamless experience. You’ll likely find a game within a minute and be paired up against people around your skill level. This isn’t the type of game where you won’t be matched up with the top 100 players if you aren’t around their level. This is even outside of the currently unavailable ranked mode. Here’s where your MMR comes in and how you can check it in MultiVersus.

How to Check Your MMR in MultiVersus

To do this, you’ll have to be in the game’s main menu and click on your Career tab. This is accessed by selecting your player icon on the top left corner of the screen. Here, it’ll pull up your career stats like your ranks in 2v2s and 1v1s along with win rates, most played character, and other accumulated stats.

Once this menu is pulled up, click on the Leaderboards button. It’ll show you the top 30 players both for doubles and singles, along with each player’s highest-rated character. Scroll all the way down to the bottom of either list and you should see your name along with your friends’ account names. Everybody has a different MMR number under their name.

Alternatively, if you aren’t on the game, you can check your individual stats along with other players via the tracker.gg website. Here, you can see an even more in-depth and accurate representation of player stats like past matches, win rates on each mode, top fighters, and more.

MMR is your Matchmaking Rating, thus filling the acronym. It’s a number that determines your skill relative to the rest of the player base. The higher that number is, the better your opponents will be in matchmaking. This is basically the same as ELO from other games, just with a different name.

You may have also heard of skill-based matchmaking, which is applicable here in MultiVersus. The game will always try to match you with players with similar MMR numbers as you so the matches won’t always be one-sided. Of course, it isn’t a perfect system and you can still have the occasional sweeps.