Ready to get some free goodies? Find out where you need to go to claim them! 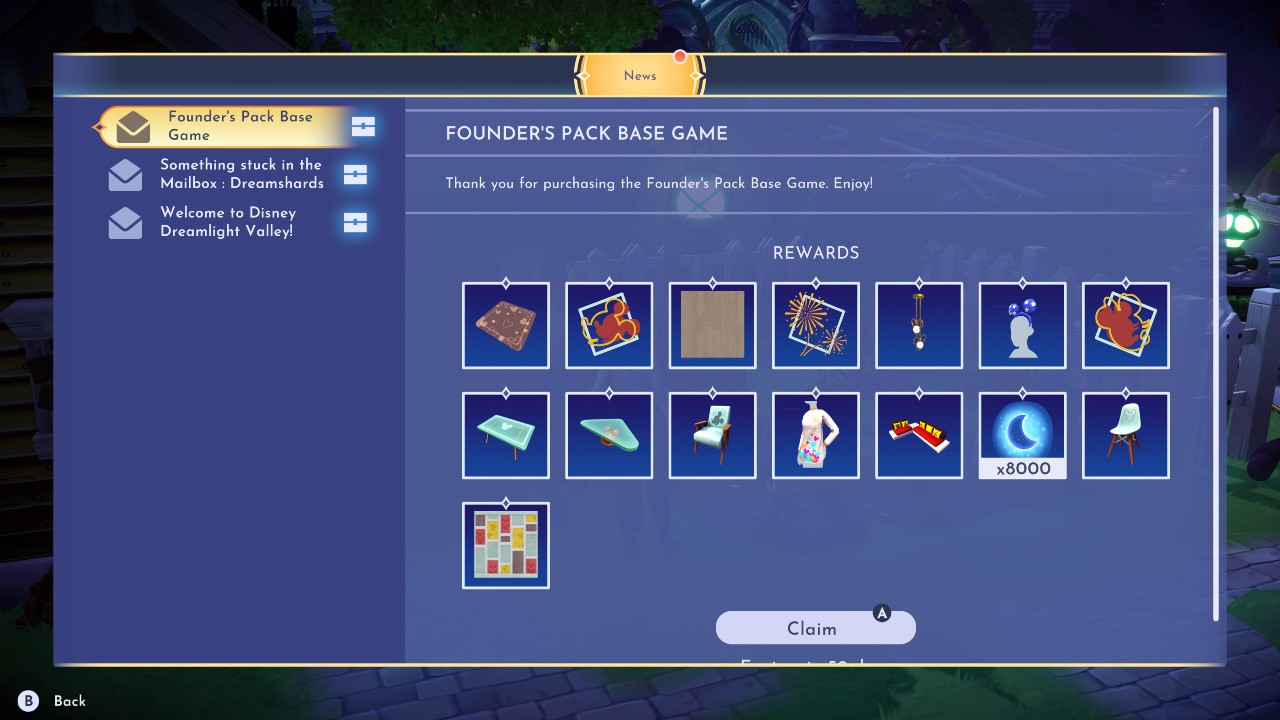 If you’re looking to step into a world of whimsey and mystery, you’ll want to try Disney Dreamlight Valley. A life simulation game taking place in the most magical place, you’ll see plenty of familiar faces roaming through the lands, and create many new memories involving some of your favorite characters around.

Suppose you were eager to get into the game and decided to give it a pre-order. In that case, you’ll be able to claim some extra goodies that will help you make your magical world that much more spectacular, and let you customize your character and your home in even more exciting ways! Here’s what you’ll need to do to claim your goodies in Disney Dreamlight Valley!

After working through a brief introduction, with the help of Merlin, you’ll soon be directed toward your new home in the Dreamlight Valley. You’ll have a chance to explore the world around you a bit, but before you do anything, you’re going to want to make a run to your mailbox, which is right near your front door. You’ll need to access it with your Action Key, which is A on Xbox, X on PlayStation, or B on Nintendo Switch.

After you have done that, you’ll see that you have some mail, which will allow you to see and claim your bonus materials, items, and goodies from the Founders Edition, or any other edition of the game that you have purchased. Those that are playing the game through Xbox Game Pass will also be able to claim the Founders Pack at no additional cost.

You’ll also be able to claim any pre-order bonuses from this area, as well as any other mail that will come from your characters. As the game continues to receive updates and support, we can bet that you’ll see plenty of mail come through, so make sure that you’re checking any time that you log in to claim any extra goodies that may come your way!

Disney Dreamlight Valley is available now in Early Access on PlayStation 5, PlayStation 4, Xbox Series X/S, Xbox One, Nintendo Switch, and PC. It will be coming to Mobile Devices at a later date.