How to Customize Your Dragon in World of Warcraft Dragonflight 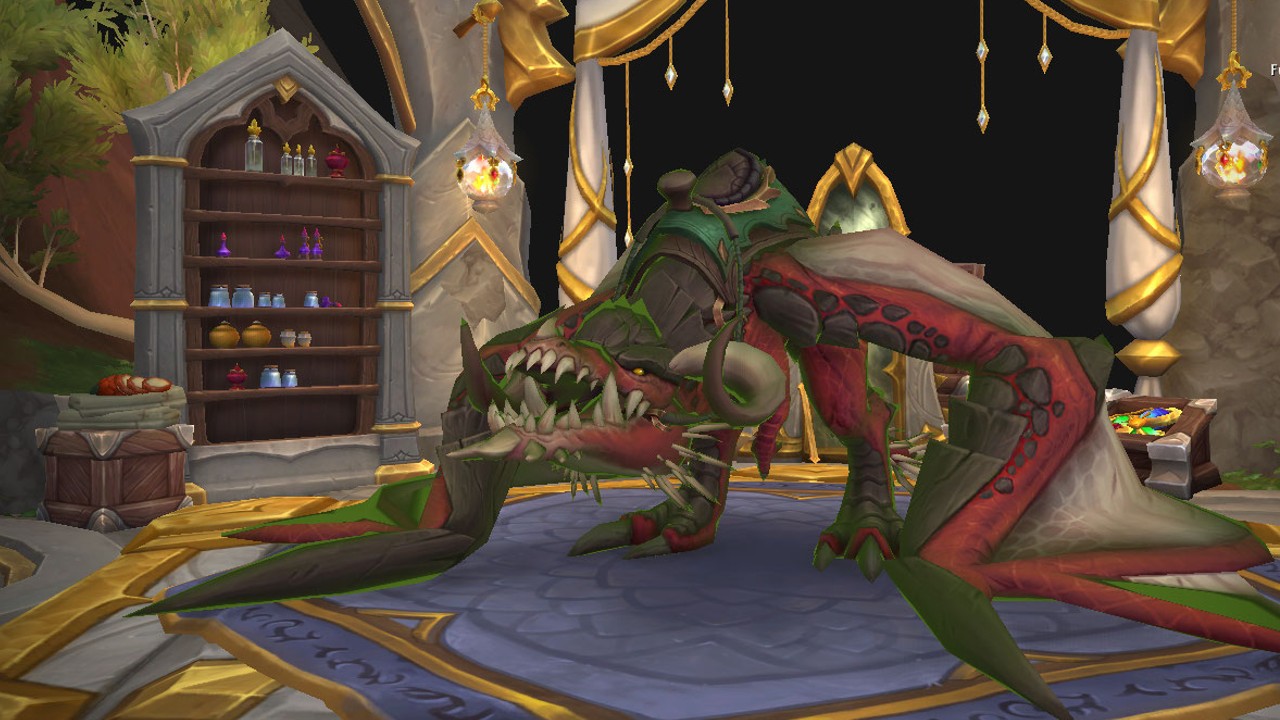 One of the most exciting new features in World of Warcraft: Dragonflight is Dragonriding. While many of us have been riding on the backs of dragons for almost two decades, Dragonriding provides a brand-new way to traverse the world with dynamic physics, speed boosts, upgradeable skills, and a fully customizable mount. In this guide, we’ll look at how and where to customize your very own dragon, so you can soar through the Dragon Isles in style.

How to Customize Your Dragonriding Mount in World of Warcraft: Dragonflight

Once you have obtained your first Dragonriding mount, you can customize it at a Rostrum of Transformation found in each of World of Warcraft: Dragonflight’s primary Zones. The first Rostrum of Transformation you will come across is located inside Skytop Observatory in The Waking Shores (74,58), which you will naturally arrive at as you progress through the expansion’s campaign.

Right-clicking the Rostrum of Transformation, which can be identified by its large pentagonal base, will allow you to customize your dragon to your heart’s content. The system used to customize your mount is parallel to the Character Creation screen, especially that of the new Dracthyr Evoker.

You can change your dragon’s appearance as many times as you like without any penalty. If you have multiple dragons, you can choose the dragon you wish to customize at the top right of the customization screen by clicking its portrait.

All Rostrum of Transformation locations include:

New customization options for your dragon can be unlocked through Drakewatcher Manuscripts found throughout World of Warcraft: Dragonflight. These can be obtained as quest rewards, bought from vendors, crafted with Professions, found as Treasures, or obtained as drops from Dungeons and Rare Elites. You do not need to own a dragon to unlock its customization options.

Customization options unlocked from Drakewatcher Manuscripts are account-wide, meaning any of your characters can use them, regardless of their progress in the campaign. However, each Manuscript is specific to a species of dragon, which is denoted by the name of the item. For example, Cliffside Wylderdrake: Triple Head Horns will unlock the Triple Head Horns customization option for the Cliffside Wylderdrake mount.

World of Warcraft: Dragonflight is available now for PC via Blizzard’s Battle.net Launcher.