How to Defeat the Daemonhost in Warhammer 40K: Darktide

What happens when you let the Warp in 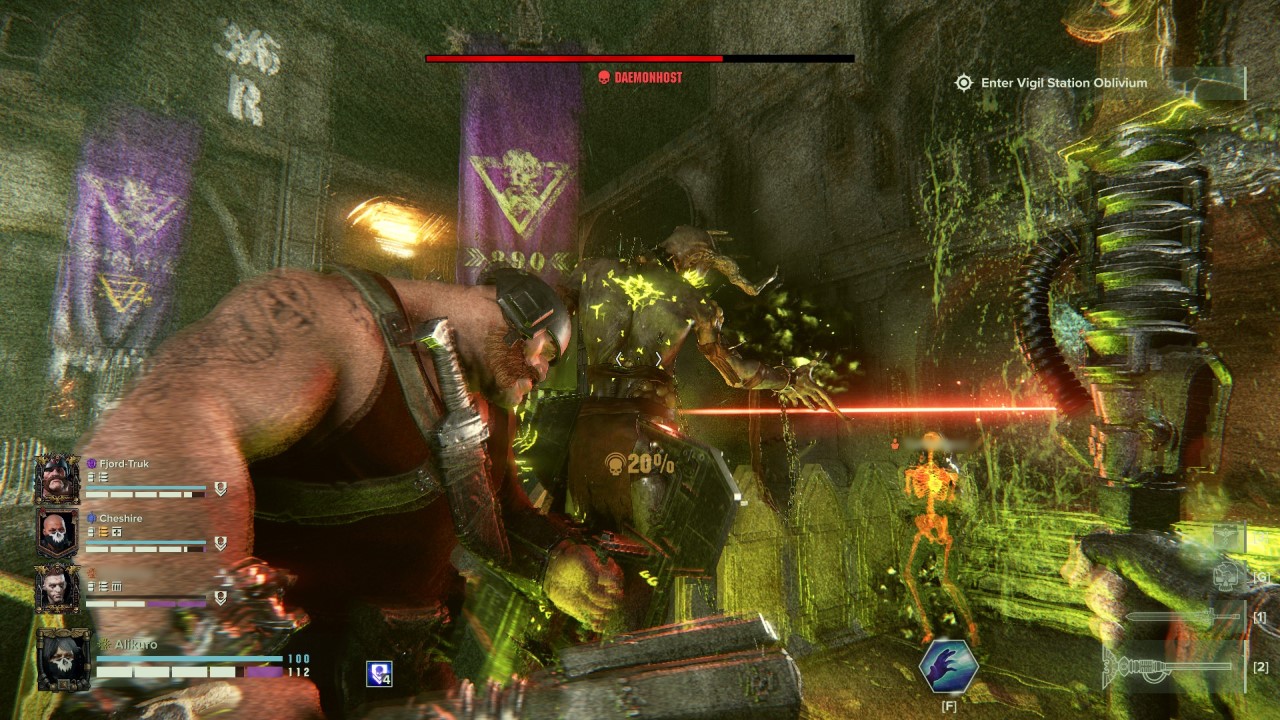 Nothing was scarier for players during the beta period of Warhammer 40k: Darktide than when the Daemonhosts were added to the game. Players had seen the achievement of banishing one in Darktide’s achievements list but had no idea what a Daemohost was. Let’s go over what a Daemonhost is, where you can expect to see them and how to defeat one in Warhammer 40k: Darktide.

How to Fight a Daemonhost in Warhammer 40k: Darktide

A Daemonhost in the Warhammer 40k universe is what happens to a Psyker if they use the powers of the Warp too much. Each time a Psyker uses its Warp powers, a Daemon has the chance to invade its mind. The longer a Psyker deals with the Warp, the higher chance of a Daemon taking hold of them.

Of course, you wouldn’t know this since in Darktide a Psyker just blows up if you overuse their Warp abilities. So you don’t have to worry about any of your allies turning into the monster mid-mission and wiping out your squad. In Darktide, a Daemonhost is more like a Witch from Left 4 Dead. They are a boss-type monster that you can avoid dealing with as long as you don’t get too close and don’t hit them with anything.
On the off chance that you do poke the sleeping bear or maybe you just need to fight one for the achievement, you need to be ready for a fight. A Daemonhost will select one member of your group, normally the person that messed with them first, and will target them. They will teleport on top of their target and quickly melee attack them until they go down.

Even if you try to run, the Daemonhost will just teleport to keep up with you which makes it a Veteran’s worst nightmare. They will not leave you alone until you are dead if they target you. If you are the target of a Daemonhost, your main goal is to keep yourself alive by any means while your team tries to kill it. Your team can fully unload as there is no fear of the Daemonhost changing target like other boss enemies until you are fully dead.

If the Daemonhost does manage to knock you down to the bleeding stage it will begin to execute you. It will pick you up and begin channeling into you to fully kill you on the spot. This gives your team a few more seconds to try to kill it until you are fully dead and the Daemonhost picks its next target or leaves.

Depending on the difficulty the Daemonhost will not leave until a set number of people are killed in your group. On lower difficulties, it will only take the person that activated it, while on higher difficulties it will take two of your team before leaving. Once it has killed two team members, it will simply teleport away like it was never there.

You can find the team members it killed later in the level as they will respawn like normal despite having their life force sucked out of them. Of course, if you do manage to kill the Daemonhost before it meets its quota of kills, you sadly don’t earn any extra reward for the mission. You will unlock the achievement for banishing the Daemonhost whether you kill it or not. This means it is in your best interest to avoid a Daemonhost at all costs once you have the achievement for it.

Attack of the Fanboy / GAME GUIDES / How to Defeat the Daemonhost in Warhammer 40K: Darktide