How to Edit Your Clan Tag in Modern Warfare 2

What clever tags will you come up with? Clan tags are such a fun little thing to customize in Call of Duty games. They’re essentially an extension of your screen name. We all know that feeling when you join a lobby and see a bunch of people rocking the same tag. They’re most likely in a clan and here to give you a really hard time in winning. So, if you and a few friends want to squad up and edit your clan tag with the brackets, here’s how to do that in Modern Warfare 2.

How to Edit Your Clan Tag in Modern Warfare 2

While you’re in the game’s lobby, either in the Message of the Day screen or in the actual Multiplayer one, press your start/options button listed on the top right of your screen. It should be right next to a six-square icon and a bell icon, followed by your player level.

Switch tabs over until you hit your player icon. Here, you should find options to edit your Calling Card, Emblem, and Clan Tag. Customize each to your heart’s content, but know that while in beta, there won’t be many options. The more fun part will lie in what you can do with your Clan Tag. 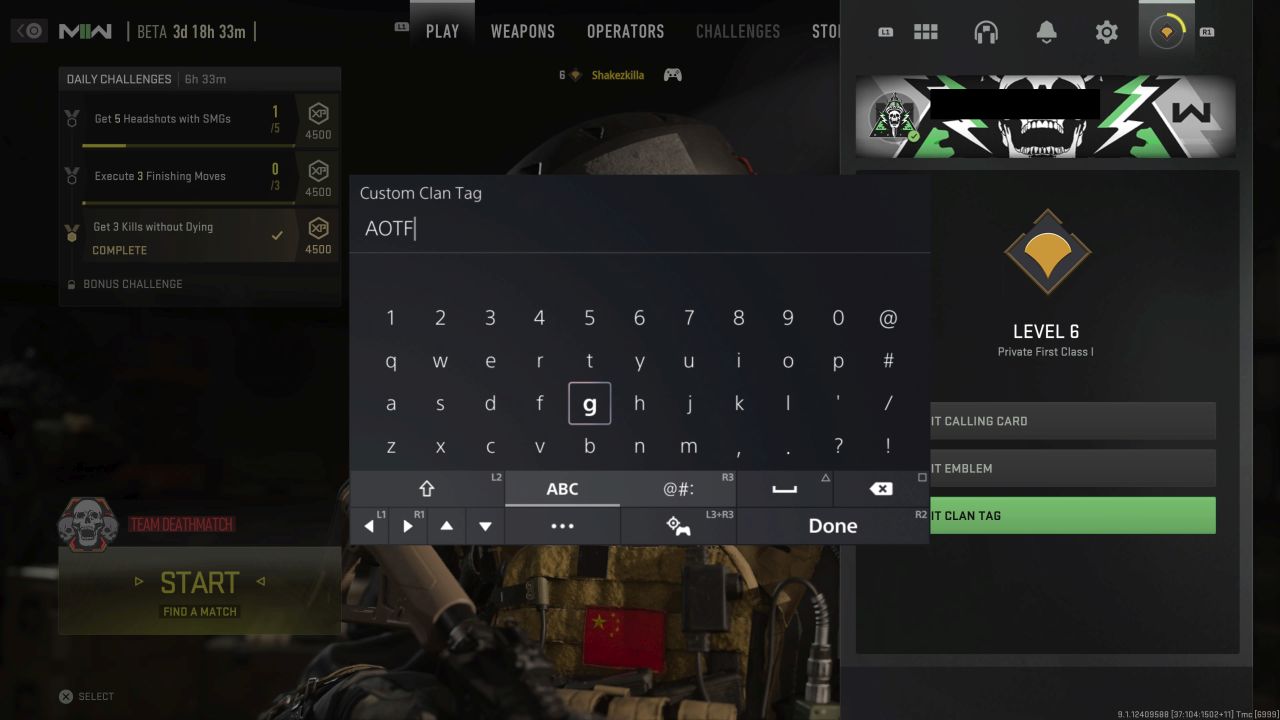 Since this game allows you to change your in-game name so it can be different than your console name, you can create some clever matches with that and your Tag. Additionally, you can coordinate with friends to create a makeshift clan. The feature of Clans that’s also available in other Call of Duty titles is currently unavailable. This will most likely be implemented into the final build of Modern Warfare 2.

You can create a Clan Tag that consists of different combinations of numbers and letters. The character limit is 5. It’s also important to note that you can’t incorporate any sort of profanity or other offensive terminology. While the game can’t cover all ground, you want to keep it as clean as possible so you won’t be banned for trying to circumvent the rules.