How to Escape the Cops Easily in Need for Speed Unbound

Lakeshore PD will not be thrilled about this. 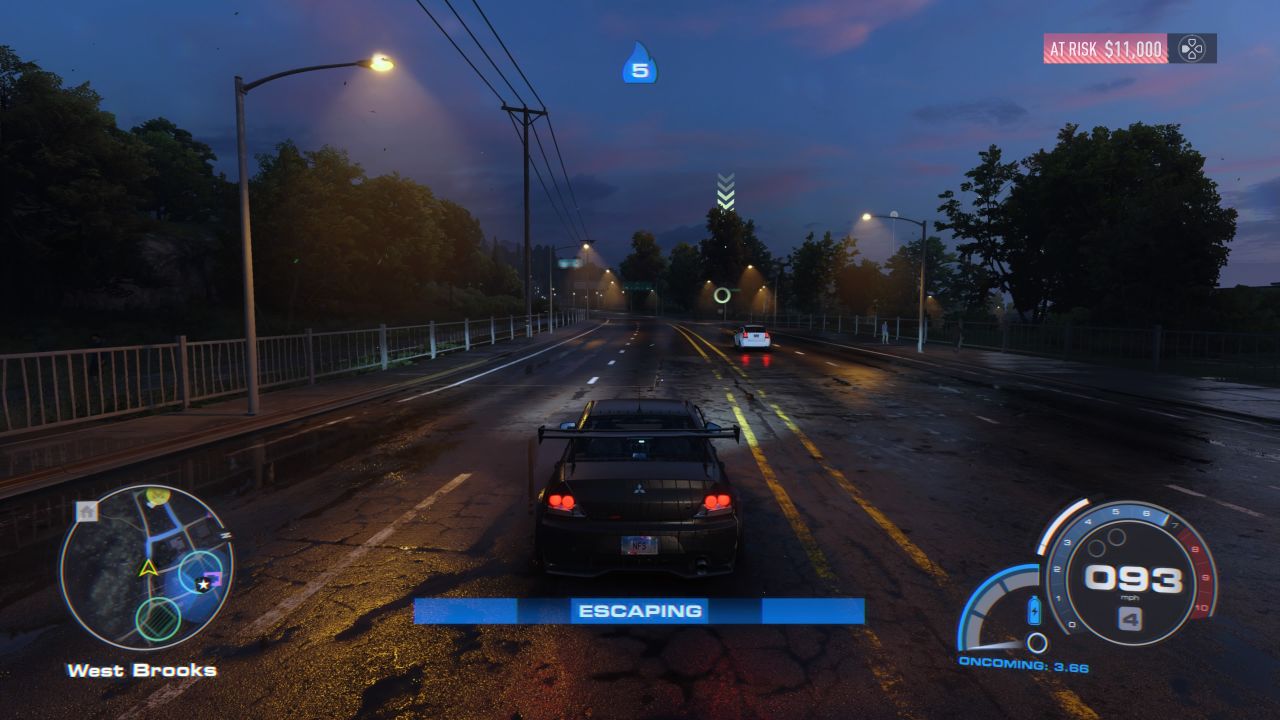 How to Easily Escape Cops in Need for Speed Unbound

These methods are applicable at all Heat levels when being chased. However, it should be noted that some are more effective depending on the performance and auxiliary components of your vehicle!

By all means, it’s time to get off the pavement and get your car covered in dirt, shrubbery, and mud. So what if you get a few scratches on your sick ride? It’s better than losing all the bank you made from your previous hustle. Just make sure that when you’re running away from the cops, you stay vigilant for things like big trees, large fences, and cliffs. Those will stop you and will require you to get repairs.

Go past the roadblocks. Jump off that mountain of dirt. Get air! Those big jumps can help you reach new heights, smash those billboards, and even wipe out some Lakeshore PD units along the way. They will follow you, but don’t anticipate everything, especially when going at breakneck speeds.

This is a risky tactic but can be pivotal to getting multiple cops off your back. If you’re being chased by two or more cops, just go into a highway or crowded street. Drive in the wrong direction of traffic and avoid as many cars as you can. The police will more likely than not crash into the traffic, giving you a free fully charged yellow NOS.

The takedowns and NOS gain are your keys to outrunning them. All you have to do is have good reflexes and be ready to know the consequences that can happen from one bad move.

Use Road Blocks to Wreck Other Cops

Once you get to level 3 chases and higher, the cops will start deploying roadblocks where they’ll use physical heavy units to create a wall in traffic. Oftentimes, there are barriers in those blocks that you can drive through, negating the stopping effects of the roadblocks. If you speed past them just fast enough, the police will most likely crash into their own allies.

Once you start seeing spike strips, you’ll have to drive more carefully. Popped tired will heavily damage your car and will greatly reduce its performance for a few seconds. If you see spikes, drive carefully around them. If you pass through them just right, some cops will also wreck as a result.

Building off of the last strategy, roadblocks can still be used to weaken or wreck additional police units. The wreckage stays, so you can circle around the parked and messed up cars so that more police run into them and meet the same fate. Once all the ground units are gone, you simply have to get the chopper out of range.

Use the Freeway Exits as Jukes

Once you start easily reaching speeds of 145 MPH or 233 KMH and higher, take your chases to the freeways. Lakeshore City is full of them. Once you’re approaching an entrance or exit, perform a 180 using your E brake and take a completely different route. This tends to work best on freeways with elevation and ramps.

The police units are fast, but it takes a while for them to brake completely, turn around, and pursue you. Use the distance you just created to shake them off of you.

If you are stuck under constant surveillance from the helicopters, you have to take the pursuit underground or under bridges. As long as the choppers have an aerial view of you, they will keep pursuing you until they have to dip out and refuel. However, reinforcements come every 60 seconds, so you have to use the environment to the best of your abilities.

After using the previous methods to take out ground forces or lose them, go where the birds have low visibility of you. Stay out of sight just long enough so they give up the pursuit.

In another guide where we laid out how to get money fast in the game, there is a spot where the AI simply cannot keep up with you. Just north of the river by Boost’s Safehouse, there is a bridge underpass where cops cannot physically get to you. They’ll try, but end up falling into the water, causing an instant wreck.

Since this place is also at an underpass, helicopters will lose sight of you and give up the chase.

With all the different methods of taking the police down and escaping them, your bank and all your earnings should be a lot more secure now! Get out there and take those skills to the streets and even bet some away.

Need for Speed Unbound is out now for PlayStation 5, Xbox Series X/S, and PC.