How to Get More Weapon and Warframe Slots 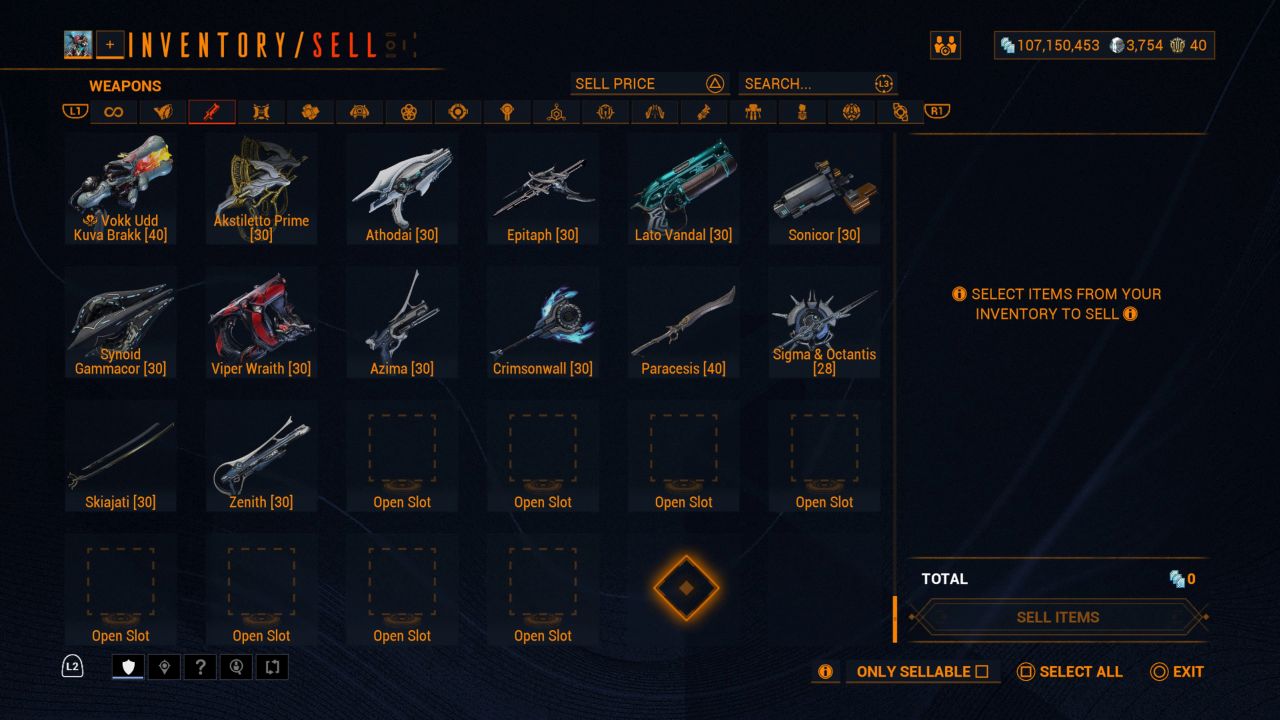 A slight inconvenience for players for Warframe is running out of slots for weapons, frames, companions, and other items in their inventory. It’s a free-to-play game, after all, so not everything will be gained quickly and indefinitely. Here’s how you can get more weapon slots in Warframe, as well as for other items that require them.

How to Get More Weapon and Warframe Slots

Unfortunately for many who want to play the game with the free-to-play route, there aren’t many opportunities where you can get more slots without using platinum. There are the occasional rewards during Nightwave where you can unlock 2 weapon slots and a Warframe slot, but with how many of each there are in the game, a few won’t be enough.

If you are barely getting into Warframe, the best thing you can do is use your starting platinum toward Warframe and weapon slots. As you become more acquainted with the game, you can then move on toward deciding if you want to spend real-world money to buy platinum and gain additional slots.

You also would need to get slots for other things in the game like Archwing weapons, operator amps, riven mods, railjack crew members, and more. These are the prices and how you can get more. They work similarly to all the other slots.

You can also earn more weapon slots specifically through login rewards, although they aren’t a reliable means to do so.

If you really do not want to spend money on the game, try farming Prime Warframes and other rare items. Most items, including mods, are all tradeable in the game. People will offer platinum oftentimes while trading. This same platinum can be used to get additional slots if you really need them.

Of course, there’s a huge market so you have to know what will sell for what and how tedious it may be to get. If you are looking to get the Prime version of Saryn, she sells for a pretty penny because of how strong she is currently. She’s also extra pricey because she’s vaulted, making her harder to obtain. What it all boils down to is getting platinum. You can also try your luck watching the weekly Prime Time Twitch streams in hopes to get 1,000 platinum, although chances are painfully slim.