How to Get Nth Metal in Gotham Knights

The top-tier material for the best gear. 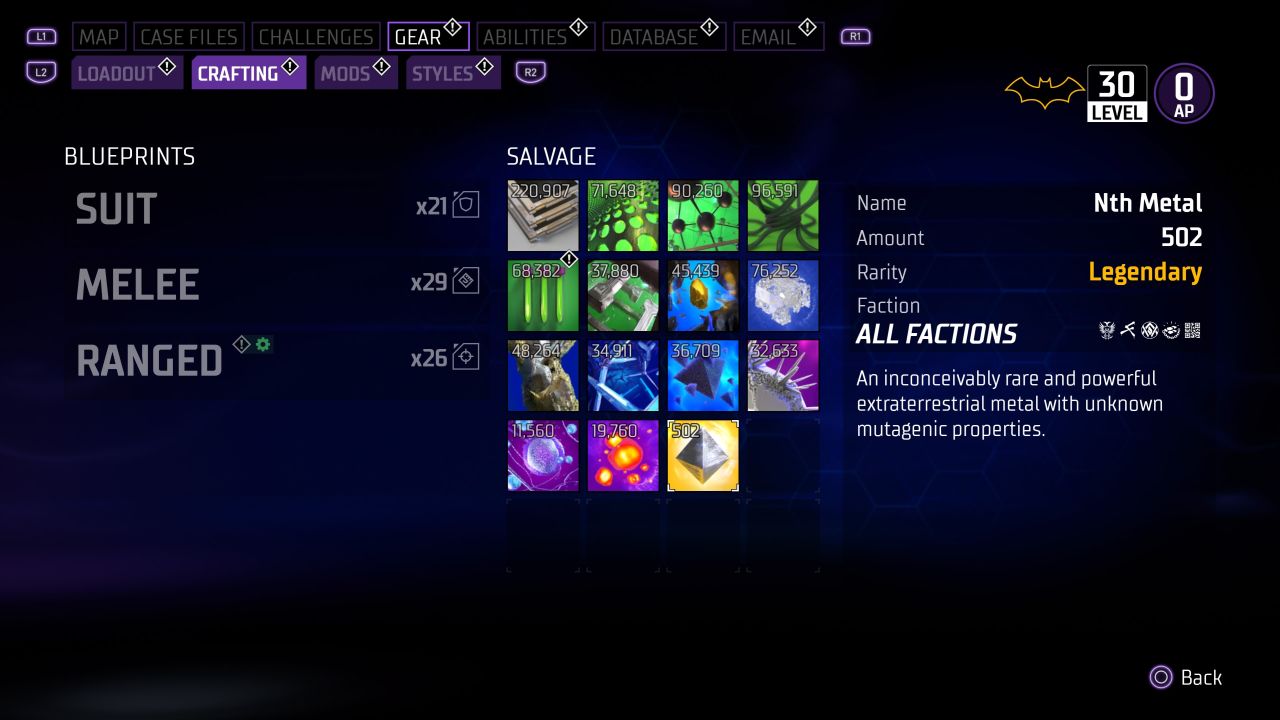 There are some, but very minimal RNG looter elements in Gotham Knights. With its crafting feature, you do have to collect resources to make use of it. There are some rare materials that are more difficult to find, but how does one get their hands on them? Like mod tiers, there are also material tiers. The legendary-tier Nth Metal does not come easily, so how do you find more of it in Gotham Knights? We can help you below.

How to Get Nth Metal in Gotham Knights

Nth Metal, according to its in-game description, is “inconceivably rare.” While that might make people less than willing to get it, it’s not all doom and gloom. You’re definitely going to have far less of it compared to all your other materials, but it’ll be a lot easier to obtain in the end game.

Nth Metal can be dropped by any faction, making it a universal drop. However, you’ll have the most luck finding this when going up against Veteran and Champion-level enemies. They are typically higher than your player level and have more attacks. If you scan them with AR, their levels will have a crown-looking icon to indicate that they are of higher lethality. They don’t necessarily guarantee drops, but they drop legendary mods and resources (AKA Nth Metal) at higher rates.

To find these Veteran and Champion enemies, you’ll want to take on premeditated crimes with difficulty levels above Normal. Of course, if you do want to be well-equipped to go against these types of enemies. They can dodge attacks and even block them a lot better than standard ones. They can also perform counters and bring your health to zero very quickly.

Stealth and crowd control really become crucial when dealing with tougher enemies. The better you can command the fighting area, the easier it will be to not lose. Speaking of losing, if you do hit 0 HP in this game, you lose a fraction of your resources, which can hurt your grind at any time. Avoid that if you can.