How to Get Overwatch 2 League Playoffs Rewards and Skins

Get Overwatch League skins for Kiriko, Sojourn, and Junker Queen for free! From exclusive Championship skins to All Stars and player MVP skins, the Overwatch League has always given players something to look forward to. This year is no exception, as new skins and rewards are revealed, including Home and Away skins for the entire roster in Overwatch 2. Let’s take a closer look to find out what you need to do to get them for free!

From the 30th of October until the 4th of November 2022, players will be able to unlock free Overwatch League skins for all heroes by watching the Overwatch League Playoffs and Grand Finals streams on YouTube. This includes the newcomers in Overwatch 2, which are Kiriko, Junker Queen, and Sojourn. There are also other rewards that can be unlocked, such as sprays, profile icons, and name cards. Keep in mind that you will receive various skins and collectibles every three hours. So, the longer you watch, the more rewards you will receive! Unfortunately, unlike Twitch Drops, there’s no way of telling the progress of your rewards on YouTube. However, you could always manually check your Hero Gallery in-game to see if you have received them.

One of the best things about staying tuned to the Overwatch League is receiving Overwatch League tokens and rewards. The Home and Away skins for all heroes are great, but this time Blizzard went the extra mile by featuring icons, sprays, and a new name card made by community artists.

Here are all the perks that players will be able to receive: 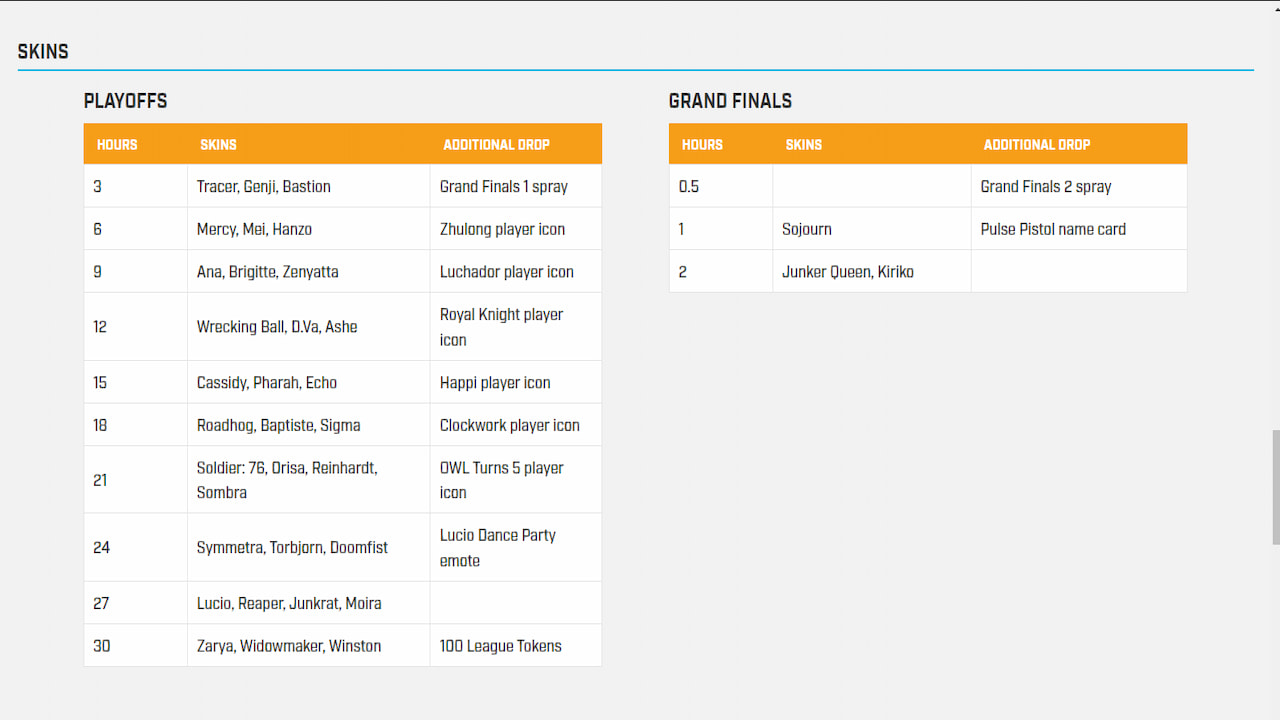 These rewards will be available from October 30 to November 04, 2022, throughout the whole week of Playoffs and Grand Finals.