Never tell me the odds. I already know them. 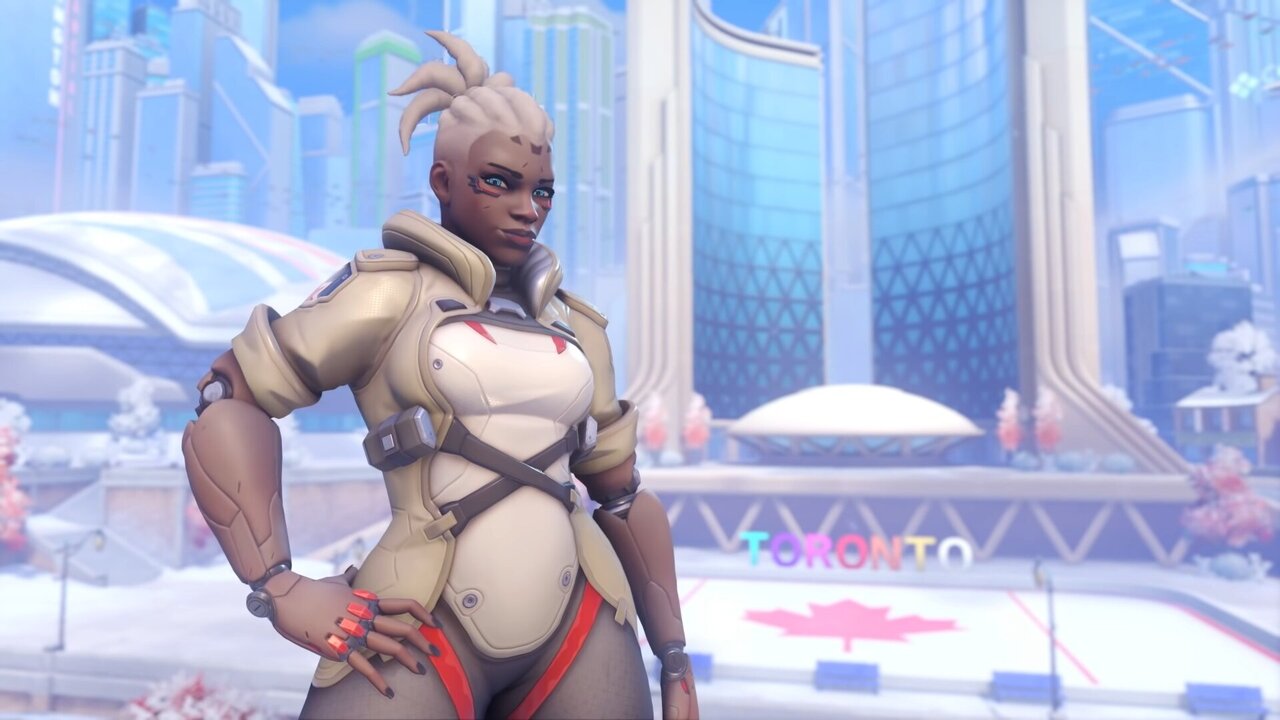 Sojourn is one of the three new Overwatch 2 Heroes. Unlike how you need to unlock Kiriko, Sojourn is available for all previous Overwatch 1 players. She is a Damage Hero and her kit is easy to understand, fun to use, and hard to master. Let’s get right into it. Here is how to play Sojourn in Overwatch 2.

As mentioned earlier, Sojourn’s kit is easy to understand and hard to master. Her main source of damage is her Railgun. Similar to Moira’s biotic energy, Sojourn’s Railgun charges energy by hitting opponents with the rapid-fire auto rifle bullets and consumes energy with the high-impact beam shots. 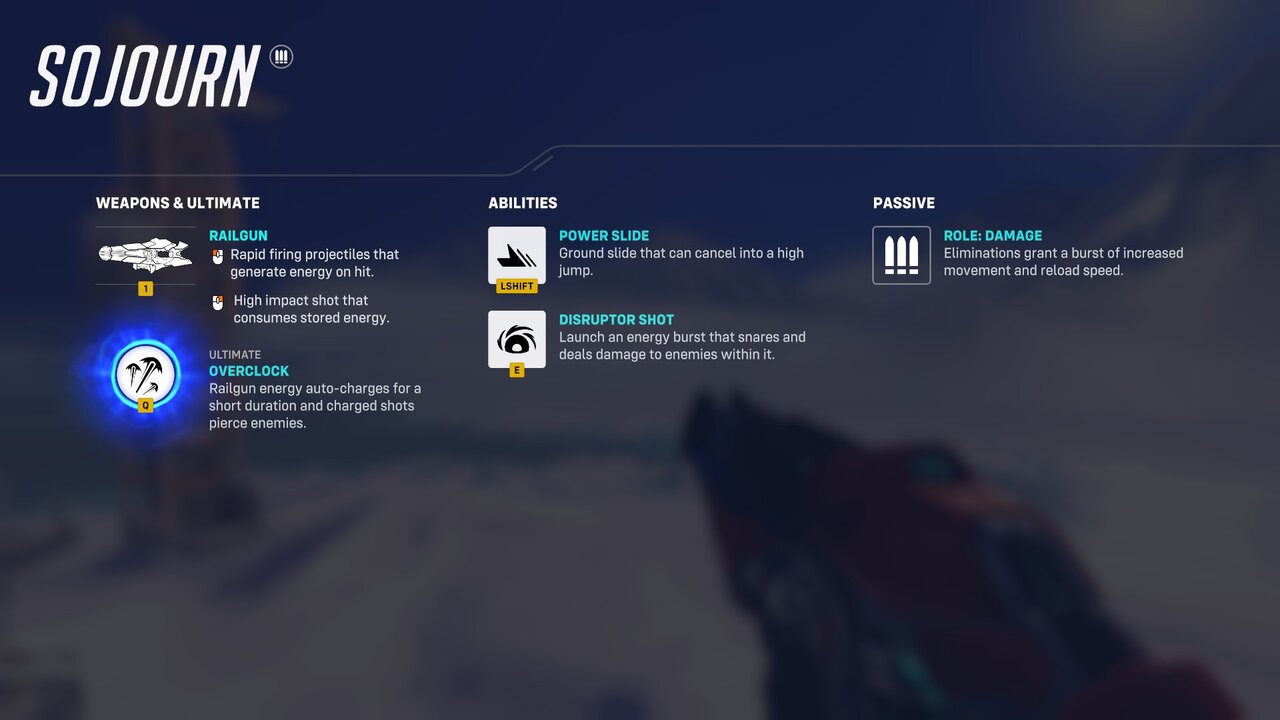 Sojourn has two abilities: Power Slide and Disruptor Shot. Power Slide allows Sojourn to rapidly slide across the ground in one direction. It can be canceled at any time with a jump, which will then be an extra high jump. Disruptor Shot shoots a large area-of-effect orb that ensnares and deals damage to enemies inside.

Sojourn has the standard Damage passive which grants her movement and reload speed boosts on eliminations. Her ultimate is called Overclock and it allows unlimited Railgun beam shots that pierce enemies for a short duration.

Since Sojourn is a Damage Hero, you’ll need some of the other best Heroes in Overwatch 2 to back you up. For your Tank, the best team composition for Sojourn is Reinhardt or D.Va. Reinhardt can give you constant cover with his Barrier Shield. D.Va can do the same with her Defense Matrix.

The best Support Heroes for Sojourn are Lúcio and Baptiste. Both of these Heroes stay centered around the Tank, which is where Sojourn should be. Baptiste can use his Regenerative Bursts and Immortality Field to keep you alive and Lúcio will give you constant healing with his Healing Boost.

The most important tip for Sojourn is hitting your Railgun shots. If you are able to land headshots with the Railgun beam shot, you’ll excel with Sojourn. Use her Overclock ultimate to deliver piercing Railgun beam shots to lined-up enemies.

And that is how you play and master Sojourn in Overwatch 2. If you are curious about how to master other new Heroes like Kiriko, head on over to our Overwatch 2 page for that and much more.