Check out how to get Red Nucleus in Tower of Fantasy 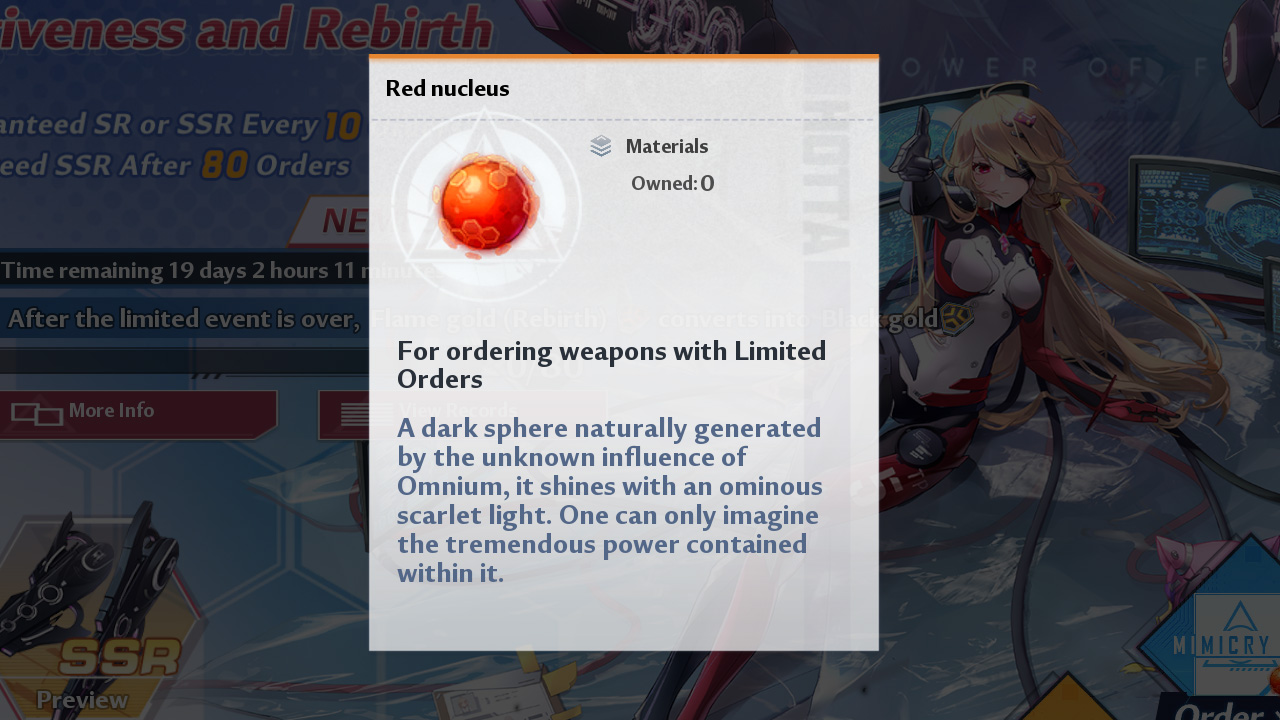 How to Get Red Nucleus in Tower of Fantasy

First of all, it’s important to point out that differently from its Golden and Black counterparts, Red Nucleus cannot be found on the field or get after completing quests, or any other activity, as they are available exclusively on either the game’s store, where you can purchase them in exchange for both Dark Crystals and Tanium, the latter of which is the game’s paid currency, or as part of the game’s Collector’s Edition Pass.

To recap, here are all the ways in which you can get Red Nucleus in Tower of Fantasy:

Can you Farm Red Nucleus?

Although you cannot technically farm Red Nucleus, you can farm Dark Crystals, which can then be exchanged for the item. You can currently get Dark Crystals in Tower of Fantasy by purchasing selected amounts on the store, by buying the game’s Monthly Supplies Pack, by reaching landmarks on events, as well as by completing activities, reaching milestones, opening pods, and completing the main storyline. Players who purchase the second tier of the game’s Pass can also earn a total of 1330 Dark Crystals after completing it.

Once you get the necessary amount, you can then exchange them for the Red Nucleus through the game’s store. Normally, each Nucleus will cost 150 Dark Crystals, but players can buy packs for special prices during selected time periods.