Is Metal: Hellsinger Coming to PS4, Xbox One, and Nintendo Switch?

Will this rhythm-focused shooter appear on older consoles? 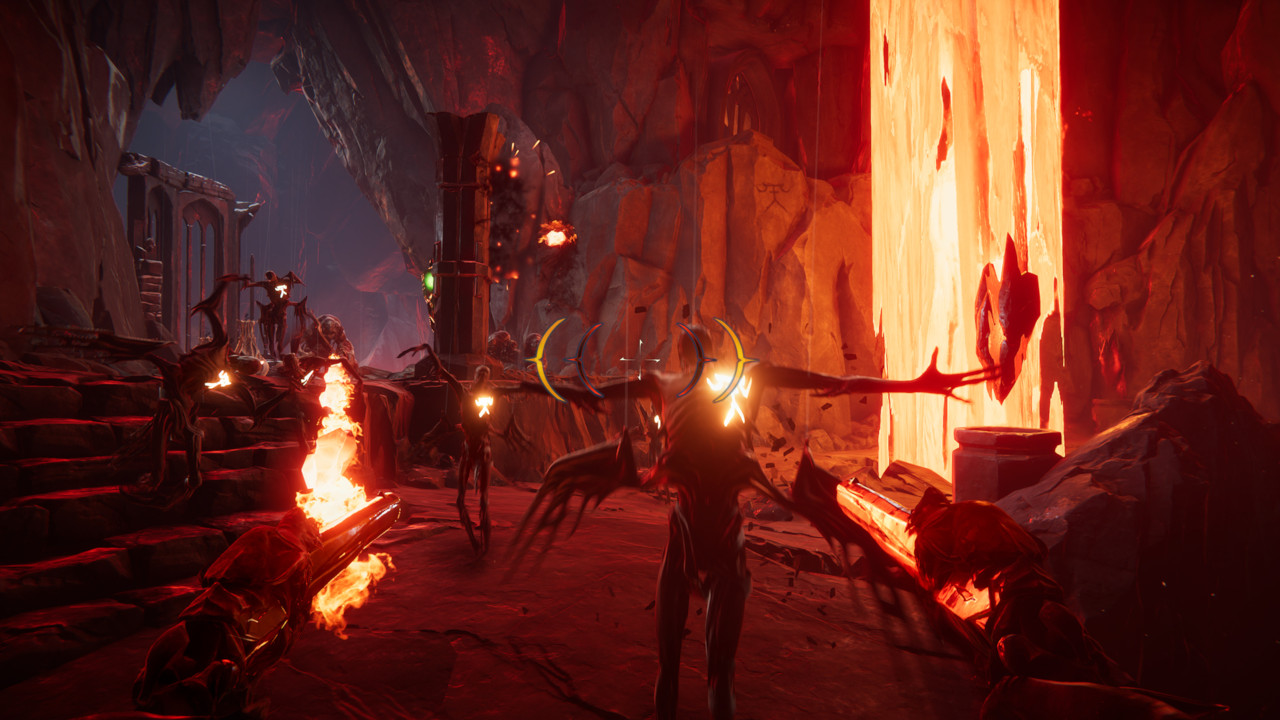 Metal: Hellsinger is an upcoming title made for lovers of action, shooters, and heavy metal. Containing a plethora of DOOM-like visuals, this new game will surely appeal to many players hoping to rock out while slaying demons. The game is slated to release on next-gen consoles as well as PC, but this release is notably limited when compared to other titles. Owners of the Nintendo Switch seem to be left out alongside those who own last-gen consoles from Sony and Microsoft. Will players be able to see a Metal: Hellsinger release on PS4, Xbox One, or Switch in the future?

Will Metal: Hellsinger Ever Release on PS4, Xbox One, or Nintendo Switch?

Unfortunately, those without a next-gen console or capable PC might not have much luck in playing this game. Metal: Hellsinger is not slated for a Switch release, and PS4 and Xbox One versions of the game seem to be cancelled. The game was originally slated for a release on the latter platforms, but a press release from the publishers contained no mention of either console. This was announced alongside a delay for the game spanning nearly a year long, giving indication that the publishers at Funcom did not expect the game to be ready anytime soon.

Due to the rhythm-game nature of Metal: Hellsinger, it’s possible that last-gen versions of the game were cancelled due to issues with performance. Other graphics-intensive titles had similar issues, but Hellsinger’s focus on keeping up with the in-game music would turn stuttering and lag into major issues affecting the core gameplay. The relative low power of the Switch is likely another reason why Hellsinger is not appearing on Nintendo’s platform. These issues do not mean future ports of Hellsinger are out of the question, but fans should not expect them to appear anytime soon.

Metal: Hellsinger will release on PlayStation 5, Xbox Series S|X, and PC on September 15, 2022.

Attack of the Fanboy / GAME GUIDES / Is Metal: Hellsinger Coming to PS4, Xbox One, and Nintendo Switch?