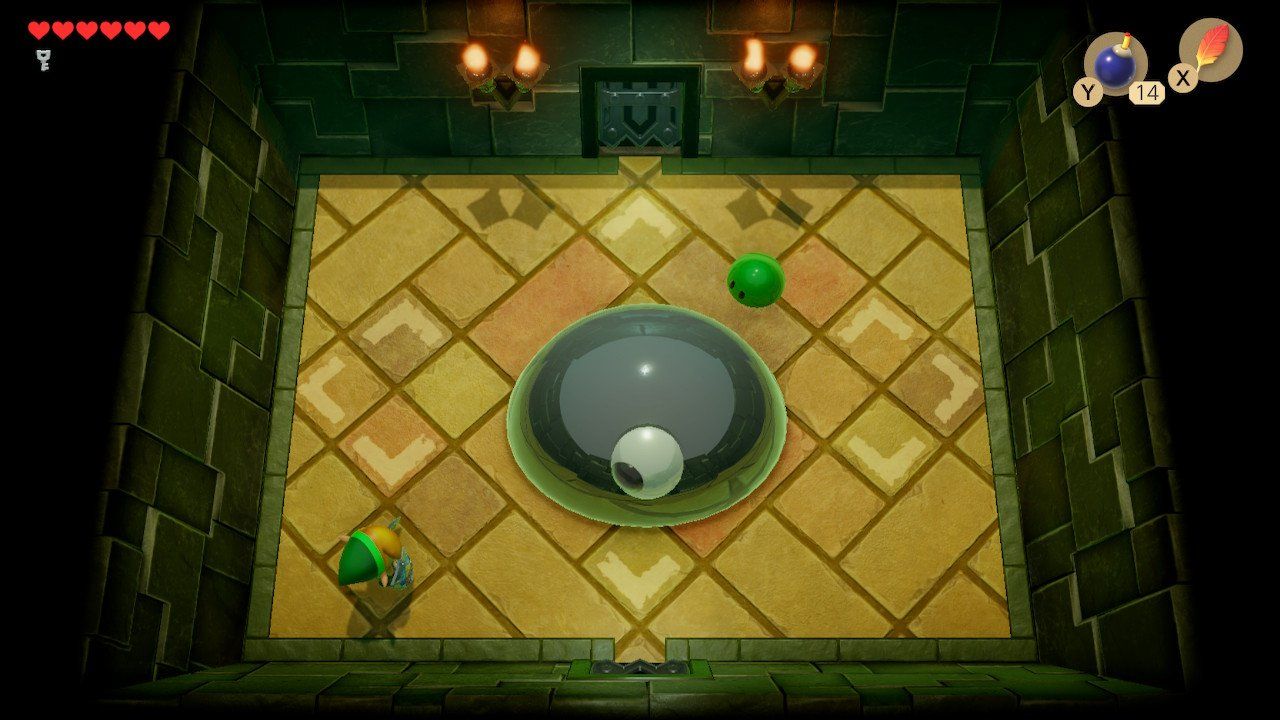 Key Cavern is the trickiest dungeon so far just because of the sheer number of keys that you have to find to navigate through it. We already told you how to take out the Dodongo Snakes mini-boss that occurs about 3/4 the way through the dungeon and now it is time to discuss the boss at the very end known as Slime Eye.

When you first walk into the boss room, Slime Eye will taunt you from above saying you can’t get him. However, you can in fact force him down to the ground to start by using your Pegasus Boots to charge into the wall here.

After Slime Eye is on the actual battlefield, hit its eye to force it to split into two eyes, and then hit one of them until it gets to a point where the two eyes are as far apart as they can be. At this point, you want to run at it with your Pegasus Boots to split the two in half. This is not easy, as he retains his other form quickly, so you may have to hit the eye again to stretch it out.

Doing this will not have you with two Slime Eyes to fight, but this time with them cut in half. Now you can attack each eye individually, with each Slime Eye taking four hits to destroy it. Do this for both and it will be defeated and you will be rewarded with your Heart Container and the third instrument, the Sea Lily’s Bell.