This game has a generous number of ways to play with friends. 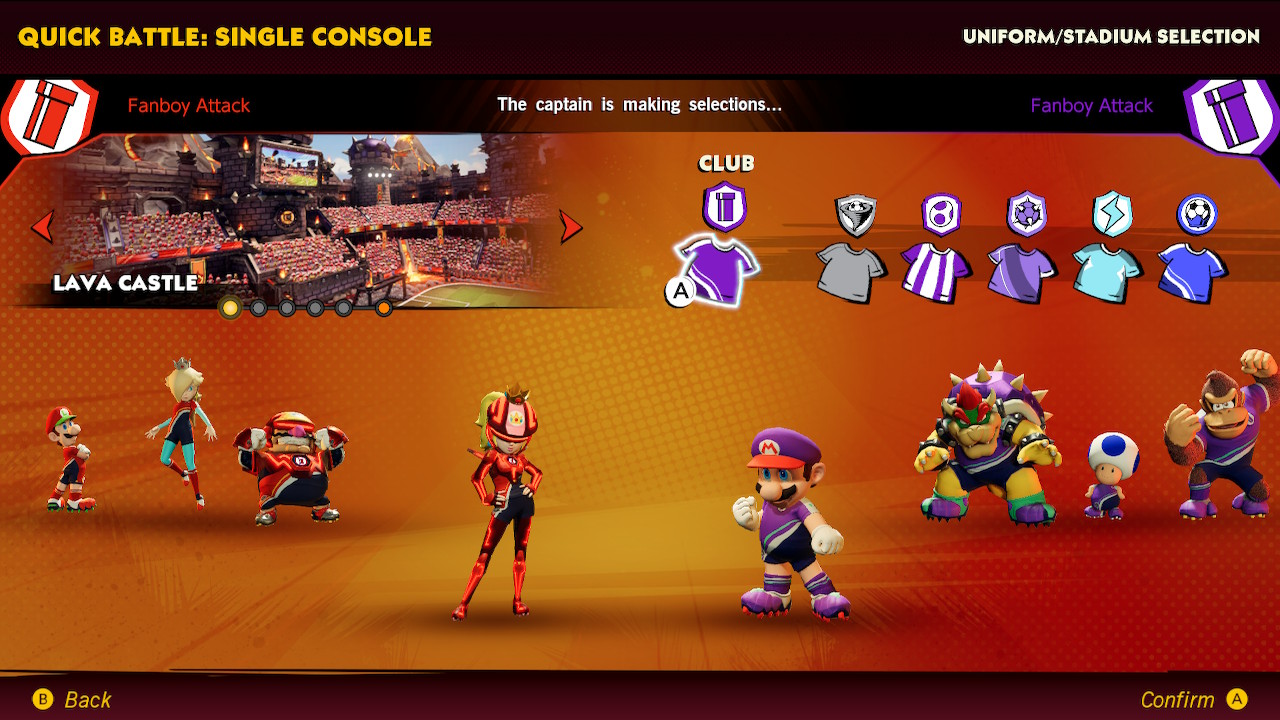 Mario Strikers: Battle League is surely provoking massive nostalgia for all the folks who owned a Gamecube back in the day. With such features as the clan-related “Clubs” feature, owners of the new game are definitely going to want to play with their friends whether it’s online or not. We’ll help you get started on how to play with friends via the multiplayer modes in Mario Strikers Battle League.

How to Play With Friends in Mario Strikers Battle League

This game offers very generous ways to play with friends both online and offline. You can basically play all modes with multiple people on one console, so that’s a huge plus.

From the main menu, selecting Quick Battle mode allows you to play a game locally, wirelessly by connecting with other Nintendo Switches, or online. If you are playing locally, you can select up to 8 players to play on one console. There are, however, some hardware limitations based on your controller preferences. 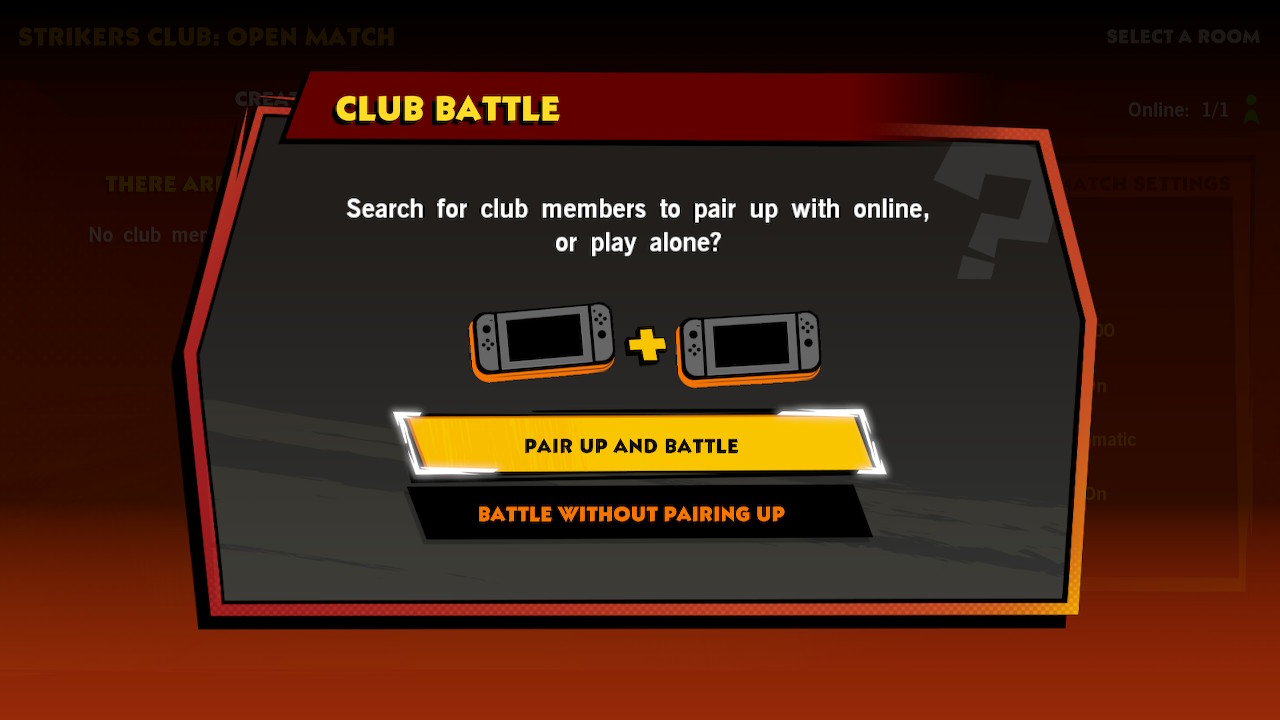 You can only have a total of 8 wireless devices connected to a single Nintendo Switch, meaning if you’re playing with more than 4 people, you can no longer use two Joy-Cons paired onto a grip as a controller. That technically counts as two, so you’ll either have to play with one sideways, use a Pro controller, or play with another controller that can be hooked up via USB.

If you’re intending to play the game wirelessly with others nearby, one console can only support up to two players. This is applicable to every other mode when you connect with other peoples’ Nintendo Switches.

You can also play Cup Battles with friends, but only locally. This mode supports up to 4 players.

How to Play With Friends Online

Now, if you want to play online, the game’s online features can be accessed from Strikers Club and Quick Battle. For a more seamless experience, it’s best to access online battles with the Quick Battle option. From here, you can play globally, join friends in a lobby, or even battle them. 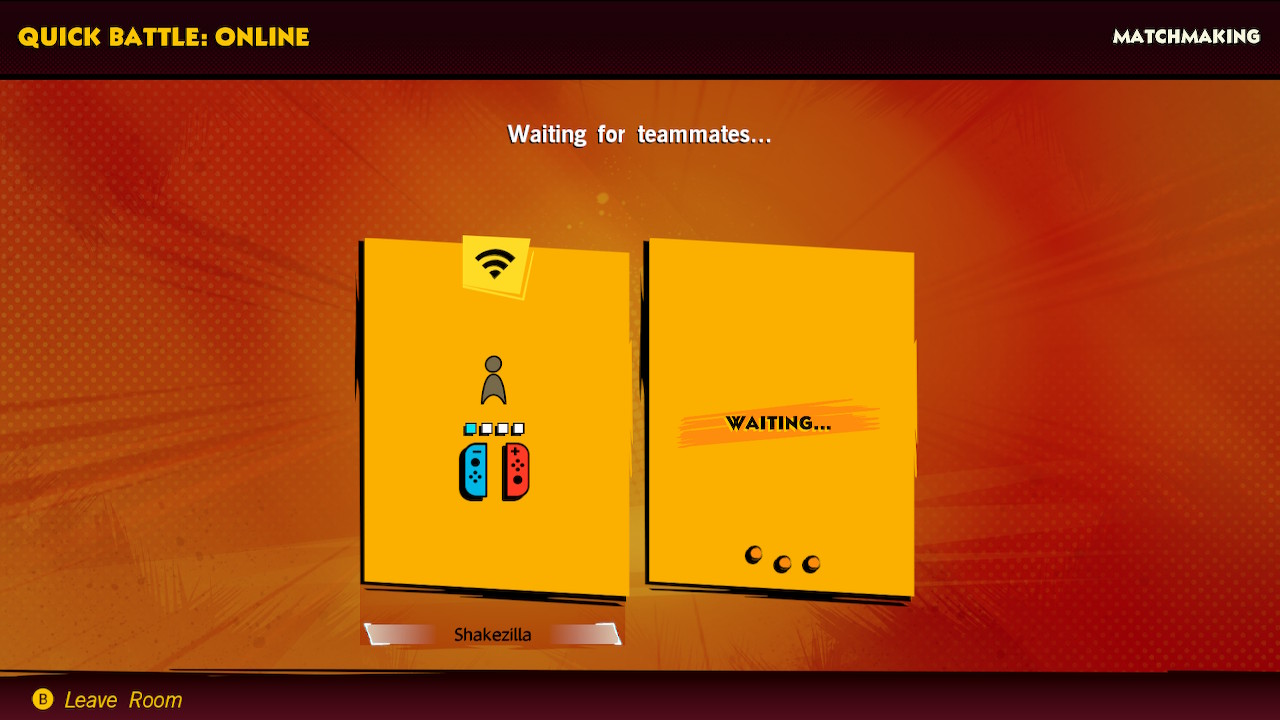 As mentioned earlier, you can play with one other person on the same console while playing online. This can be a guest account, so you don’t have to take the Nintendo Switch Online subscription into consideration. Otherwise, you will need to ensure that a second real account has the subscription to avoid any barriers to entry.

Now that you know how playing with friends works, you may want to hone your skills before teaming up with these said friends or even family members. Learn how to perform some key moves in the game and get familiarized with the roster, because people online will really go beyond what the AI can do in local modes.