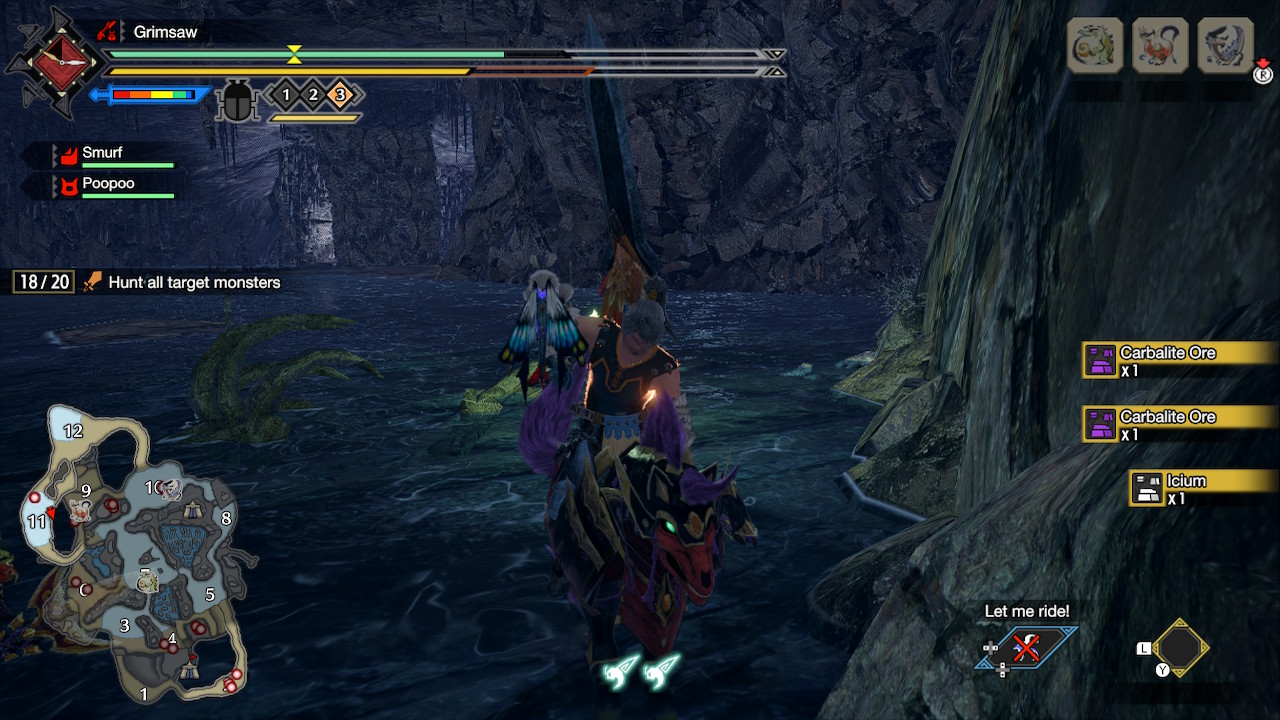 A lot of different ores can be found in Monster Hunter Rise, with Carbalite Ore being one of the rarest of the bunch, found only in High Rank maps. While it kind of replaces the lower grade ones you have been finding up until now, like Iron Ore and the likes, they too can be found in these maps with a slightly lower chance. This makes farming for Carbalite Ore way easier, as we will see below.

How and where to find Carbalite Ore in Monster Hunter Rise

Dragonite Ore was the pinnacle of Low Rank minerals, which could only be found in later stages of the game, after reaching Lava Caverns. Weapons and armor pieces up to that point, required this specific item, reaching their highest tier for Low Rank standards. The moment you get into High Rank content though, you will right away notice that almost every crafted item of higher tiers, now require Carbalite Ore instead of Machalite Ore or the before-mentioned Dragonite Ore.

From the get-go, you won’t be bale to craft them, since you will be missing the specific material. That said, it won’t take long getting some, since you will start getting Carbalite Ore from pretty much everywhere in Monster Hunter Rise. Possible to be found from any of the game’s maps, Carbalite Ore is mostly claimed from blue Mining Outcrops, with white giving out some as well, but in less quantities. White ore deposits tend to have rare items like Gracium, reserving Carbalite Ore for the blue ones.

This is good for us hunters, since blue Mining Outcrops can be found in masses in every map. Simply run around and hug walls to not miss them. Personally, if I want to go for some ore farming, I choose Sandy Plains as my desired location to grind, since it has plenty of ore nodes all over the place. All of the locations are easily accessible as well, making it a very good place to get a lot of them in no time. Open your in-game map and highlight the blue Mining Outcrops icon to see exactly where the ones you found in the past, are. Additionally, the Geologist skill speeds up the process of farming a lot, giving you more items per gathering action, so make sure to have it at level 3 to maximize your efficiency and make those awesome new weapons, getting ready to tackle High Rank content.