The mud train is back. 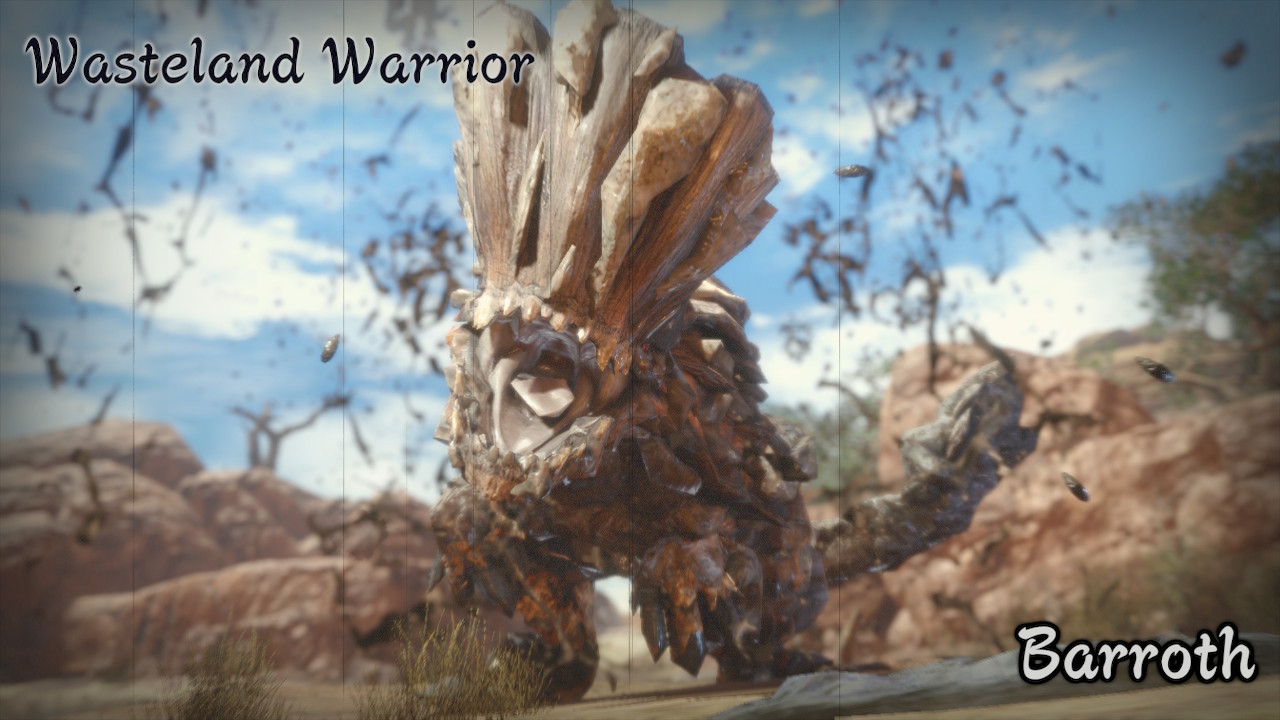 The “Wasteland Warrior” Barroth in Monster Hunter Rise, is a third generation monster making its comeback to this new entry in the series. Known for its tendency to cover itself in mud and charge at hunters like a literal train, this behemoth can easily ruin someone’s day if they don’t pay attention or not geared properly. Let’s see what Barroth has in store for everyone out there.

How to beat Barroth in Monster Hunter Rise

Barroth monsters usually remain beneath the mud in dry areas, making them quite hard to distinguish in plain sight. They also store mud within their skin and bodies, that can be thrown as projectiles towards hunters. This is quite annoying, since the mud can stick to you, reducing your overall movement a fair bit. 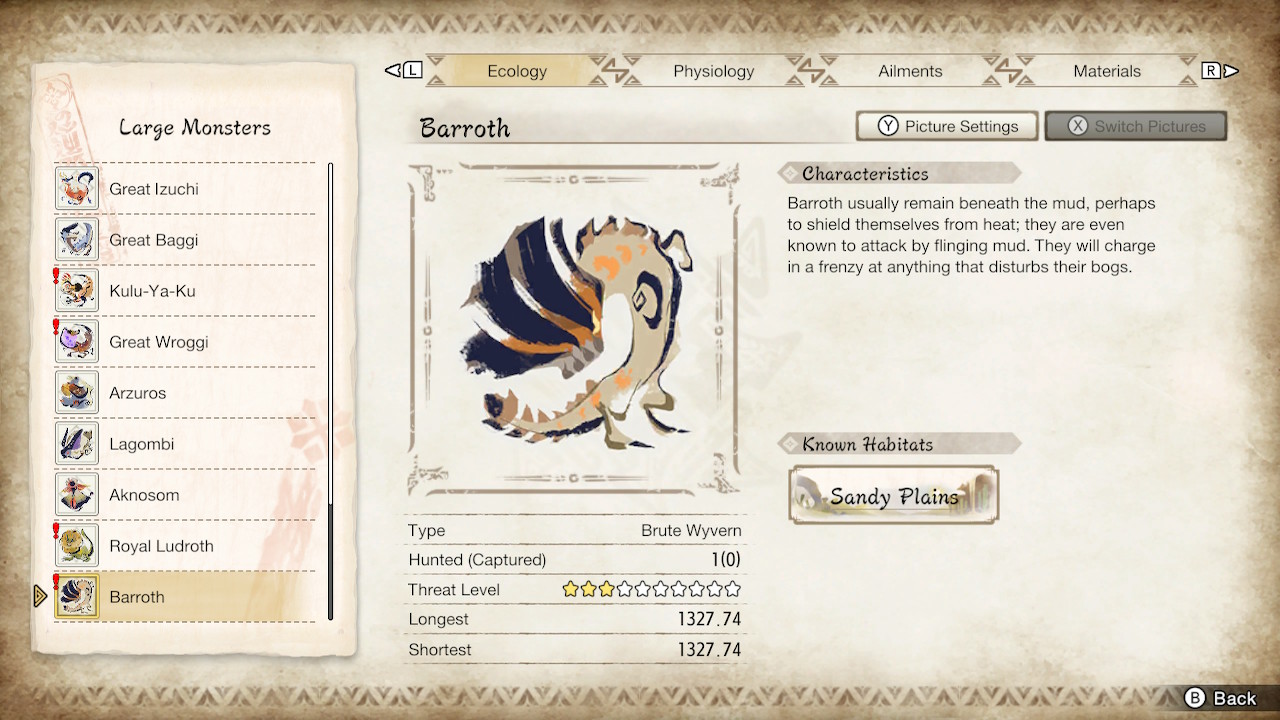 There are two things you need to watch out a Barroth for, in Monster Hunter Rise. Their muddy projectiles and powerful charge. In that order as well, since if you are caught in Barroth’s mud, it is very easy for it to hit you with its charge, leading to either massive damage, knockback, or even a K.O. The mud it flings at you is basically the mud on its own skin surface, so a good method to stop him from doing it, is to keep attacking the parts that are covered with mud, until they are ‘clean’. Easier said than done of course, since Barroth is a full fledged melee fighter and tank.

Speaking of which, it goes without a question that you need to avoid attacking its head. It’s almost indestructible, especially early on in your adventure, with most of your attacks being deflected by it. Your aim is to target its legs, until it gets tired or even knocked back. Then, either focus on its tail to cut it, as it can be used as a flail-like weapon, or on its foreleg for maximum damage. 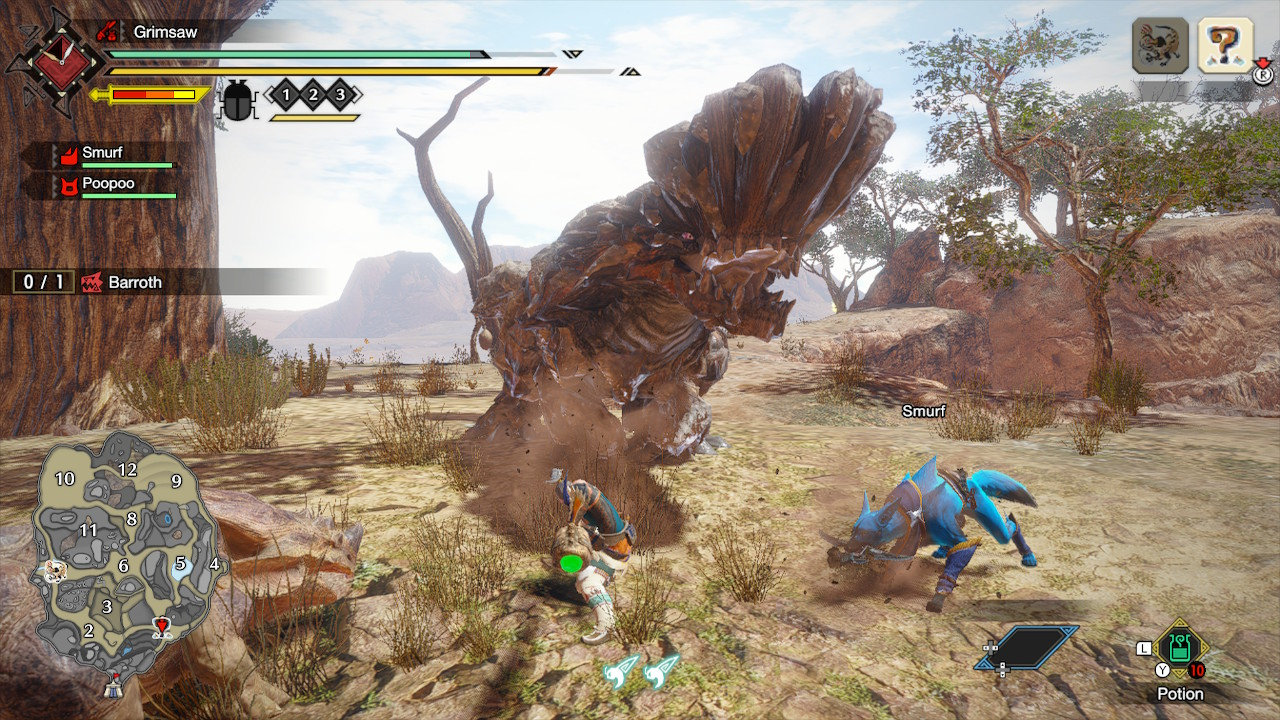 It is highly suggested to fight Barroth with an ailment weapon or one with Fire attribute attached. He is weak to Fire, and highly susceptible to a couple of negative status, such as Poison and Blast. Blast in particular, can cause quite some damage to Barroth as its parts are best handled with explosions or blunt weapons. Hammers and Hunting Horns are easily the best fit for this literal pit fight, both being able to stun Barroth or destroy its thick armor quickly.

Monster Hunter Rise provides unparallell hunter mobility in contrast to previous titles, and you need to make sure to use all of it against the Wasteland Warrior. When it charges for example, if dodging is not easy, use your Wirebug to climb a nearby cliff fast, or jump on to your Palamute to outrun it. Field Helpers are also very helpful, providing help by causing Barroth Paralysis or a lot more negative ailments, so don’t forget nor neglect those little fellas. Lastly, it is suggested to keep a weapon with Green Sharpness with you, to reduce the amount of deflected hits to Barroth. You are already going to be deflected a lot, so attacking hard wherever you can, is a must.

Barroth can be hard for certain weapons, so make sure to come prepared in this hunt. Try to avoid its heavy charges, don’t focus on its head unless you use a Hammer or any other hard hitting blunt type weapon and attacks, move around to dodge its mud projectiles and try to stay at its side, damaging little by little its legs, until it’s tired. Barroth should be no more after a couple of minutes.