Stun every monster with this blunt type weapon. Hammer users in Monster Hunter Rise are always a welcome addition to any party, due to how useful their contribution is. The mighty Hammer is excellent at stunning monsters, with a lot of bludgeon attacks directly on their heads. There is no other weapon faster at managing consecutive stuns like this, perfect for setting up instances for huge damage by using its utterly strong Silkbind attacks. In this Hammer guide we are going to see its whole moveset, how to use it efficiently and its pros and cons.

In Monster Hunter Rise, the Hammer is all about finding the right moment to throw its brute attacks, which means you need patience and correct positioning. Each hit of this heavy weapon is slow enough to leave you vulnerable to monster attacks, yet impactful and strong. It is by no means a tool that you can mash on an enemy monster without thinking, so if that is how you handle your fights, you are better off with Dual Blades or Sword and Shield.

While regular attacks are quite good on their own, the Hammer is a chargeable weapon, with three different charge levels. By pressing ZR, the weapon enters a charged state, for as long as you hold the button. You are also able to run and evade while doing so, making it a more versatile version of the Great Sword. By releasing the button at any charged state, equals to a different attack depending on the charged level. Your aim is to hit with your level 3 charge, which turns you into a fidget spinner of death. You want to use this preferably when the monster is stunned or knocked out, as you are vulnerable for the whole attack animation.

There is an interesting action the Hammer has, called Charge Switch. As you charge, you can click A to change the weapon’s final charged attack, to a single, powerful hit. This remains like this until you change it back, which can be done the same way. However, if you do change it back, the charge levels will reach the maximum amount right away, making this a solid option to use your Spinning Attack very fast.

Lastly, the new Silkbind attacks provide even more powerful skills to the Hammer, that provide an alternative option for a finisher. Please note that your Silkbind moves get stronger the more charged up your weapon is. Which means it is suggested to first charge the Hammer to the max, then press the button combination to use these extremely powerful abilities. Additionally, your Stamina is drained for as long you hold the Charge button down, so make sure to keep note of your resources. 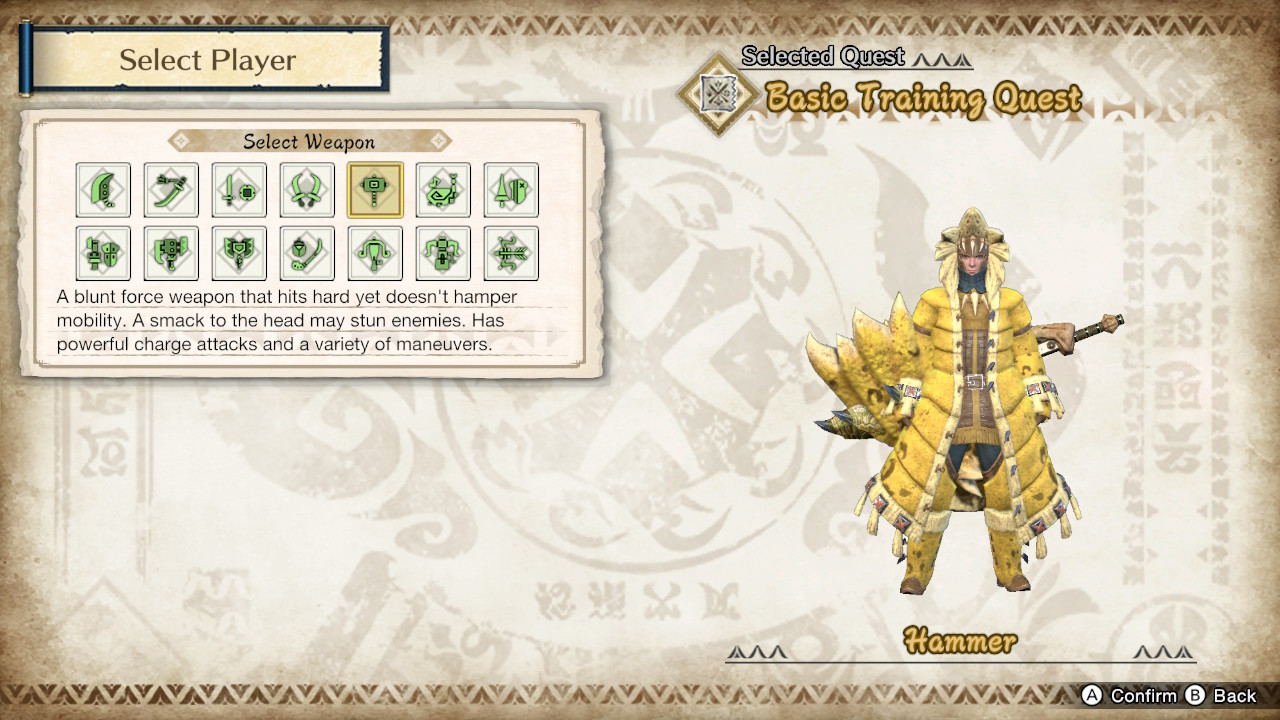